Cricket is one of the most popular games across the world. In fact, this finest obsession of bowling and batting is as good as a cynosure in the sports-mania. The growing global popularity of cricket has given rise to many celebrities and their on-ground moves that have been considerably heart-throbbing to for their deadly fans. Having enormous global attention, cricket has made a new history in ICC World Cup 2015. Driving your eye towards bowling, 2015 has come up with many bowling giants that are recognized as incredible ones.

ICC World Cup 2015 shot to heights with India and Pakistan strike at Adelaide. India made 300 and when Pakistan stepped-in with two strong players like Haris Sohail and Ahmed Shahzad it was a big challenge. At that time, Dhoni shot R Ashwin as great weapon and consequently, his extra-ordinary spinning capability dominated the ground especially after he shot down Haris Sohail with a dealy wicket.

This year Wellington was honored with outstanding entry of ICC World Cup having New Zealand vs. England. Southee was more than a lucrative asset for New Zealand and suddenly, England was equipped with finest Bowling strategy. Being the extra-ordinary bowling tiger, Tim Southee conquered with 7 wickets that went highly appreciable on global scale.

Being a considerably heart-throbbing bowler from Afghanistan, Hamid Hassan was as hard as manipulating for Sri Lanka at Dunedin. In fact, he rewarded his team with serious wickets of Sangakkara and Karunaratne.

Afghanistan again comes up with one of the finest delivery holders known as Shapoor. He truly rewarded whole game with a U-turn when he swiped off Matthew Cross and Josh Davey as fast as a quick fix. Overall he took three wickets of Scotland.

Australia had to front a tough competition in Aukland when they happened to face New Zealand in ICC World Cup 2015. With irresistible Bowling skills, Trent Boult was able to eradicate 5 Australian batting champions with in 3 over. In short, Trent was a big threat to Australia.

The pitch of Auckland went crazy when Starc took hold of the bowling. This incredible bowler from Australia was a great barrier for New Zealand. In fact, New Zealand stuck into a trouble with 139 for 6 with almost all the asset down.

England has to face some sort of seriously took-over circumstances while striking with Bangladesh in Adelaide. With over 145 kph bowling speed, Rubel extended his presence for 5 over and showed many asset-batsman a way back.

This year in ICC World Cup 2015, South Africa with Imran Tahir was more than tough for Sri Lanka. He was too good at the pitch of first quarter final held at Sydney. With crucial wickets of players like Lahiru Thirimanne, Kumar Sangakkara and many more, Imran made it possible to head on to Semi-Finals.

In this World Cup 2015, Pakistan happened to be highly equipped with fine bowlers like Wahab Riaz. He made a memory in third quarter final against Australia held at Adelaide when he manipulated over giants like David Warner and Michael Clarke.

The land of Melbourne had thumping strikes when happened to front cynosures like Australia and New Zealand. James from Australia is known by his tricky slow delivery. His strategy got New Zealand assets like Taylor and Corey in order to shorten the distance to World Cup. 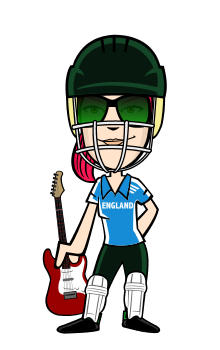 A kiss is a lovely trick designed by nature to stop speech when words become superfluous.