10 most expensive Places in the World To Dock Your Yacht. 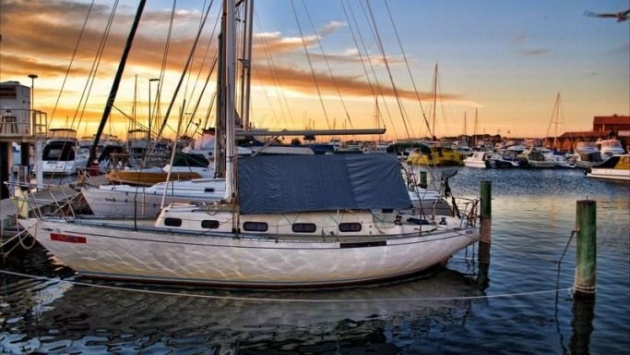 The open vast seas are more or less relatively the same everywhere, however when it come to docking we have a whole new scenario, with some of the best and highest rated marinas. In some cases,the marinas you dock in is just as important as the hotel that you books into. As you would expect, high class marinas are also located in places that offer the best 5 star luxury hotels and other value for money extras.
Below is a list of the 10 most expensive places to dock your yacht. It should be noted that most of the listed marinas are the top of the cream and have high demand. As a result of this, prices listed are estimates and may vary depending on the season. Prices in the list are also in Euros as this is the currency of use in most of the marinas cited below.

Tenth on the list is the Yacht Haven Grande located on the Island of St Thomas, US Virgin Islands in the Caribbean. Yacht owners and yacht charterers pay 889 Euros daily as a mooring fee. Yacht Haven Grande stands out as the only marina outside Europe to make it to the top ten list.

9. ACI Marina in the Croatian resort of Split

The port of ACI marina in Croatia comes in 9th place at a rate of 1,001 Euros per day of docking. The adjacent resort of Split is not only an urban, traffic and cultural center of Dalmatia, but also has numerous high end summer resorts and is often a tourist and excursionist destination. What’s more amazing is the 1700 year old history of the city that has earned it a place in the UNESCO World Heritage List.

At a cost of 1, 084 Euros a day, the Marina Port Vell is a world-class super-yacht destination for yachts up 180m. The marina was built as an urban renewal program before the 1992 Olympics and it is at a focal point of high end tourist attraction. Port Vell is also known as the port with the largest aquarium in Europe with 8000 fish in 22 basins filled with 6 million liters of sea water.

Saint Tropez is definitely France’s most expensive marina coming in sixth place in the list. The Marina is located in the South of France and has been synonymous with the rich and famous since the early 1950s when it was made famous by Bridget Bardot. This is no indication that the exclusive holiday domicile on the Côte d’Azur is any less popular. The port offer no less than 30 yacht moorings in the larger yacht size category and the marina doesn’t accept super yachts stretching over 70 meters. Yachts over 70 meters are usually instructed to drop anchor out of port. Some of the common yachts spotted here include the super yacht Amadeus belonging to Bernard Arnault and the iconic 88 meter Maltese Falcon belonging to Elna Ambrosiadou.

5. The Balearic marina of Ibiza Magna

Coming in fifth place is Balearic marina going at a rate of 1643 Euros per day. It is located in the Ibiza Island, an island known for fun and also a favorite destination for the rich and successful.
The marina is strategically located near the island’s casino strip at just a walking distance from all the enjoyments and fun of the island. Some of the famous yatches that have been spotted at the Balearic marina of Ibiza include; eclipse, the $1 billion yacht owned by Russian business man and investor, Roman Abramovich. The Eclipse is currently the largest privately owned yacht in the world stretching to 556ft.

4. The Puerto José Banus in Marbella on the Costa del Sol

Here, yacht owners and yacht charterers part with 2069 Euros per day for docking services. Puerto Jose Banus, often referred to as Puerto Banus, is located to the Southwest of Marbella, Spain and was built in 1970 by Jose Banus, a renown local property developer. Over the years, it has become among the largest entertainment centers in Costa gel Sol, and is also quite popular with international celebrities. In the summer months, some of the worlds finest yachts dock here.

During the high seasons prices in Marina di Portofino skyrocket up to 2100 Euros for a night of mooring in this premium marina. Portofino, located in southern Italy, was once just a small fishing village with only one road in and out. Currently the road is usually closed leaving the main area to be unspoiled.It has arguably one of the most beautiful harbors and is frequented by high profile billionaires from all over the world including Russian billionaire Andrey Melnichenko and pop singer Rihana just to mention.

Port Cervo makes it as the second most expensive place to dock your yacht. Here, daily rates for a berth are at 2574 euros. The port is part of a resort town founded about 50 years ago and is located on the northern tip of the Island of Sardinia. The town in which the marina is located was founded by Prince Karim Aga Khan, as his own private retreat where he also used to invited friends. Porto Cervo is also considered as one of the most expensive locations in Europe to buy land.

Finally, top on the list is the Marina Grand, located at the main port of the Island of Capri, north of the main town of Capri at the foot of Mount Solaro. Renting a berth here for a 55 meter super-yacht costs up-to 2, 585 euros per day in the Mediterranean summer high season during the months of July and August. The high price is as a result of the highly sought space that has slots for only 10 super-yachts.