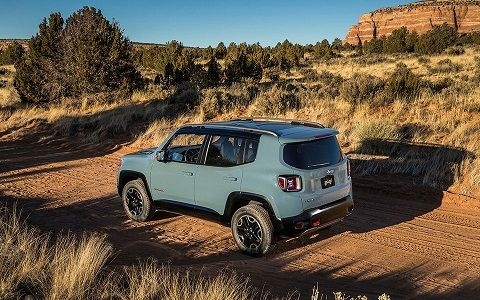 Each new year brings with it a salvo of new models and vehicle designs from the world’s car manufacturers. With recent advantages in technology, auto makers have been able to create innovative designs at a rate unlike ever before. Vehicles are evolving to become sleeker, more efficient, and futuristic to match customer demand. With a slate of incredible new vehicles from companies like BMW, Jeep and Porsche, 2015 is shaping up to be an incredible year for car fans.

Now that all the major auto shows have wrapped up, Cars.com has taken it upon themselves to create a list of the 10 most anticipated vehicles for 2015. Entries on the list include old favorites from American car makers, improved designs from European vehicle crafters, and incredible new feats of engineering from around the world. It’s a solid mix of both new and old, rugged and sporty.

Read on to see the list of the 10 most anticipated vehicles for 2015, as compiled by Cars.com.

Hyundai has exploded in popularity over the past decade, making monstrous strides to become one of the fastest growing auto makers in the world. Their signature model, the Sonata, has been a big catalyst behind the company’s popularity, and the 2015 model is looking to be a game changer. A new redesign helps it stand out among the others in the midsize sedan class, featuring an expanded front grille and new chrome accents.

As the reigning champion of best selling vehicles, the Ford F-150 is ready to once again take the auto market by storm. The 2015 model has been redesigned, offering an even more muscular than ever. Ford’s engineers really stepped up their game, adding aluminum components to the truck’s skeletal structure, reducing weight and adding efficiency. Add on an EcoBoost engine and a variety of available powertrains, and the F-150 will be a strong candidate to hang on to the title of best-seller. Now in production, the first examples are pouring into dealerships nationwide.

The new 2015 Mercedes C-Class sedan hit showrooms earlier this year and is already turning a lot of heads, thanks to a high level of sophisticated craftsmanship. Engineers poured their best effort into improving the car’s performance, which they have succeeded in doing by redesigning the suspension system and retooling the engine. The new design comes in a Sport or Luxury trim, with a roomier interior built to deliver a truly luxurious experience.

The newest incarnation of the timeless Corvette brings with it a driving experience akin to a fighter jet, delivering precise handling and immense power — 650 horses’ worth — from under the hood. A supercharged V8 engine provides the grunt, coupled with 650 pound-feet of torque, and discerning enthusiasts can choose from different configurations, including coupe and convertible and a variety of additional trim options. Sports car fans can bank on the fact they will get exactly what they want from the new Corvette Z06, including value: all this can be yours for about $78,000.

The RC F is set to arrive in showrooms around now, and it can’t come soon enough. Built for performance, the RC F boasts a sleek and sinister exterior, housing a powerful engine pumping out 450 horsepower and 383 lb-ft of torque. to give the BMW M4 perhaps it’s greatest challenge from the Far East yet. It’s most distinguishable feature, a giant hourglass shaped front grille, helps intensify the driving experience by adding more aerodynamic prowess. Though polarizing, the RC F will certainly be one of the boldest statements on the road next year.

After three years in development, the Porsche Macan has hit the ground running. A more compact SUV than Porsche’s Cayenne, the Macan adds another formidable SUV to the company’s lineup and a new entry point to the Porsche brand. The engine comes standard as a 3.0 liter V6, that achieves 340 horsepower (or 400 in the Turbo spec). If you like the idea of the Cayenne, but need a smaller and more affordable alternative, the Macan is a natural choice.

One of the most anticipated vehicles in quite a while and available now, the BMW i8 is in a sense the German auto maker’s response to Tesla’s popular electric luxury cars. The i8 is a tour de force in modern design, and features some nifty swing-up doors as well as a three-cylinder turbocharged engine coupled with an electric motor, for a net power output of nearly 360 horses. As BMW puts it, the i8 is “the first sports car with the consumption and emission values of a compact car.”

The Jeep Renegade is ready to put a dent in the compact crossover SUV market, and carry on Jeep’s hige momentum that it has picked up this year. A more rugged and blocky design than other Jeep vehicles, the Renegade is built to take on the great outdoors while echoing the traditional Willys Jeep style. The Renegade gives Jeep a strong entry to customers looking for a compact yet capable and affordable SUV; drivers looking for a solid and dependable vehicle to hit the trails with would be well-suited to give the Renegade a test drive, at the very least.

A lighter and wider stance highlight the 2015 incarnation of the redesigned icon, along with different engine options that offer drivers a more fuel efficient ride than ever. The ideal summer cruiser, the Mustang was built to hit highways and plow through miles of landscape. The Mustang — which is hitting showrooms right around now — offers more fuel, more performance, more amenities, but with the same Mustang attitude for which it’s known for. The EcoBoost engine also helps drivers get the most out of this car, as with all of Ford’s models.

In an anticipated arrival, Italian auto maker Alfa Romero makes its return to the United States with the 4C, an exotic sports car that can give anything in its class a run for its money. Powered by turbocharged four-cylinder engine encased in a carbon fiber and aluminum chassis, the 4C is made for performance. It’s easy to see why this vehicle takes the top spot on the list, after 20 years away from the American market, Alfa Romero is bringing the heat with the 4C. For the ultimate driving experience with a European twist, the 4C is a vehicle that simply cannot be missed by car enthusiasts. 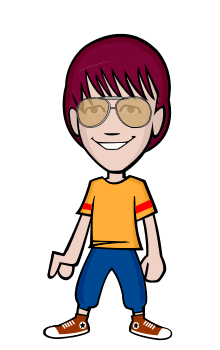 Source: Jeep Each new year brings with it a salvo of new models and vehicle designs from the worlds…

If there isone body part that has gotten a lot of attention this year, its the butt.(Gilbert Carrasq…