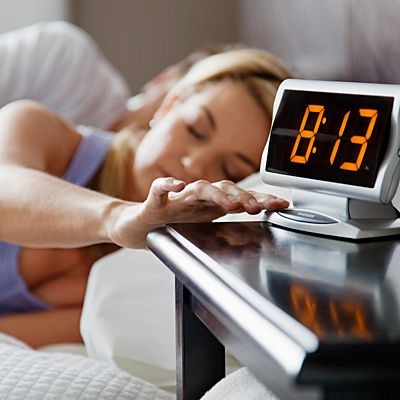 Sleep makes you feel better, but its importance goes way beyond just boosting your mood or banishing under-eye circles.

Adequate sleep is a key part of a healthy lifestyle, and can benefit your heart, weight, mind, and more.

"Sleep used to be kind of ignored, like parking our car in a garage and picking it up in the morning," says David Rapoport, MD, director of the NYU Sleep Disorders Program.

Not anymore. Here are some health benefits researchers have discovered about a good night’s sleep.

Sleep makes you feel better, but its importance goes way beyond just boosting your mood or banishing under-eye circles.

Adequate sleep is a key part of a healthy lifestyle, and can benefit your heart, weight, mind, and more.

"Sleep used to be kind of ignored, like parking our car in a garage and picking it up in the morning," says David Rapoport, MD, director of the NYU Sleep Disorders Program.

Not anymore. Here are some health benefits researchers have discovered about a good night’s sleep.

Too much or too little sleep is associated with a shorter lifespan—although it’s not clear if it’s a cause or effect. (Illnesses may affect sleep patterns too.)

In a 2010 study of women ages 50 to 79, more deaths occurred in women who got less than five hours or more than six and a half hours of sleep per night.

"Many things that we take for granted are affected by sleep," says Raymonde Jean, MD, director of sleep medicine and associate director of critical care at St. Luke’s-Roosevelt Hospital Center in New York City. "If you sleep better, you can certainly live better. It’s pretty clear."

Inflammation is linked to heart disease, stroke, diabetes, arthritis, and premature aging. Research indicates that people who get less sleep—six or fewer hours a night—have higher blood levels of inflammatory proteins than those who get more.

A 2010 study found that C-reactive protein, which is associated with heart attack risk, was higher in people who got six or fewer hours of sleep a night.

People who have sleep apnea or insomnia can have an improvement in blood pressure and inflammation with treatment of the sleep disorders, Dr. Rapoport says.

Get a good night’s sleep before getting out the easel and paintbrushes or the pen and paper.

In addition to consolidating memories, or making them stronger, your brain appears to reorganize and restructure them, which may result in more creativity as well.

Researchers at Harvard University and Boston College found that people seem to strengthen the emotional components of a memory during sleep, which may help spur the creative process.

If you’re an athlete, there may be one simple way to improve your performance: sleep.

A Stanford University study found that college football players who tried to sleep at least 10 hours a night for seven to eight weeks improved their average sprint time and had less daytime fatigue and more stamina.

The results of this study reflect previous findings seen in tennis players and swimmers.

Children between the ages of 10 and 16 who have sleep disordered breathing, which includes snoring, sleep apnea, and other types of interrupted breathing during sleep, are more likely to have problems with attention and learning, according to a 2010 study in the journal Sleep. This could lead to "significant functional impairment at school," the study authors wrote.

In another study, college students who didn’t get enough sleep had worse grades than those who did.

A lack of sleep can result in ADHD-like symptoms in kids, Dr. Rapoport says.

"Kids don’t react the same way to sleep deprivation as adults do," he adds. "Whereas adults get sleepy, kids tend to get hyperactive."

A 2009 study in the journalPediatrics found that children ages seven and eight who got less than about eight hours of sleep a night were more likely to be hyperactive, inattentive, and impulsive.

"We diagnose and measure sleep by measuring electrical changes in the brain," Dr. Rapoport says. "So not surprisingly how we sleep affects the brain."

Have a healthy weight

If you are thinking about going on a diet, you might want to plan an earlier bedtime too.

Researchers at the University of Chicago found that dieters who were well rested lost more fat—56% of their weight loss—than those who were sleep deprived, who lost more muscle mass. (They shed similar amounts of total weight regardless of sleep.)

Dieters in the study also felt more hungry when they got less sleep.

"Sleep and metabolism are controlled by the same sectors of the brain," Dr. Rapoport says. "When you are sleepy, certain hormones go up in your blood, and those same hormones drive appetite."

When it comes to our health stress and sleep are nearly one and the same—and both can affect cardiovascular health.

"Sleep can definitely reduce levels of stress, and with that people can have better control of their blood pressure," Dr. Jean says. "It’s also believed that sleep effects cholesterol levels, which plays a significant role in heart disease."

The National Highway Traffic Safety Administration reported in 2009 that being tired accounted for the highest number of fatal single-car run-off-the-road crashes due to the driver’s performance—even more than alcohol!

"Sleepiness is grossly underrated as a problem by most people, but the cost to society is enormous," Dr. Rapoport says. "Sleeplessness affects reaction time and decision making."

Insufficient sleep for just one night can be as detrimental to your driving ability as having an alcoholic drink.

"A lack of sleep can contribute to depression," Dr. Jean says. "A good night’s sleep can really help a moody person decrease their anxiety. You get more emotional stability with good sleep."

If you think the long hours put in during the week are the cause of your anxiety or impatience, Dr. Rapoport warns that sleep cannot necessarily be made up during the weekend.

"If you sleep more on the weekends, you simply aren’t sleeping enough in the week," he says. "It’s all about finding a balance. 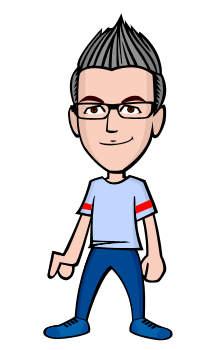