Halloween is just around the corner. Micky The Slanted Salerno announced in his It's time for Halloween! Trick or Treat?!  blog post another blogging challenge for the occasion.

In his challenge, we can blog anything about Halloween and earn more buzz points. This includes cultures, traditions, stories, movies, food, etc…

The very first that came into my mind is to make a horror movie review. And the movie that first thought of is the 1999 Tim Burton movie, Sleepy Hollow. 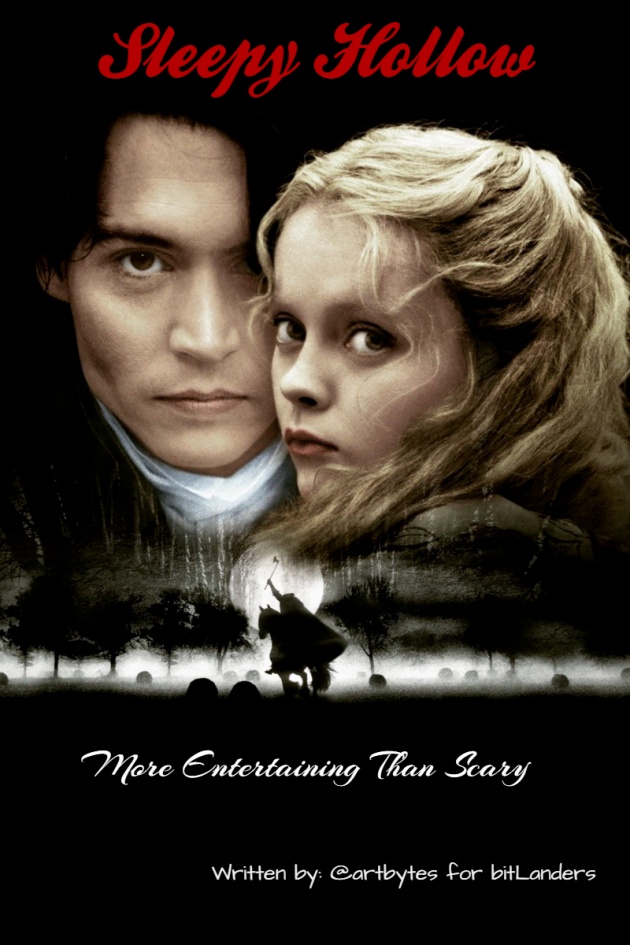 Sleepy Hollow is a supernatural gothic horror movie directed by Tim Burton. Based on the1820 short story written by Washington Irving titled "The Legend of Sleepy Hollow", the movie was released in 1999.

Johnny Depp plays the character, Ichabod Crane. Crane is a New York City policeman with a keen interest in forensic science. In 1799 he was sent into a small town named Sleepy Hollow to investigate the murders of three people. All three victims were found with their heads severed. It was also a challenge for him to prove how effective his "scientific methods" are in solving a crime. 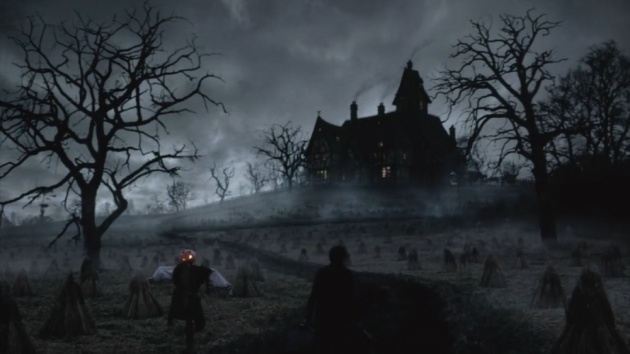 He arrived in Sleepy Hollow with bags of gadgets and books. The night he arrived at Sleepy Hollow he met with the town elders. The elders told Ichabod that the murderer is the Headless Horseman. 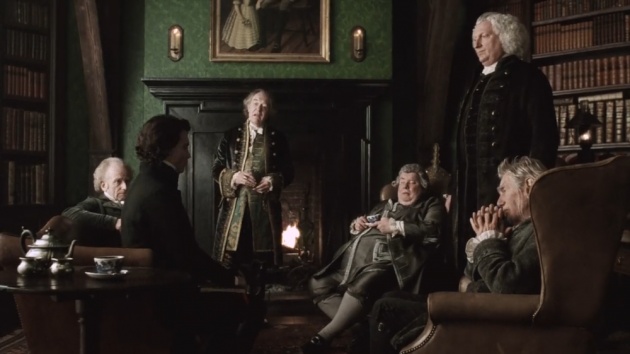 Meeting with the town elders. 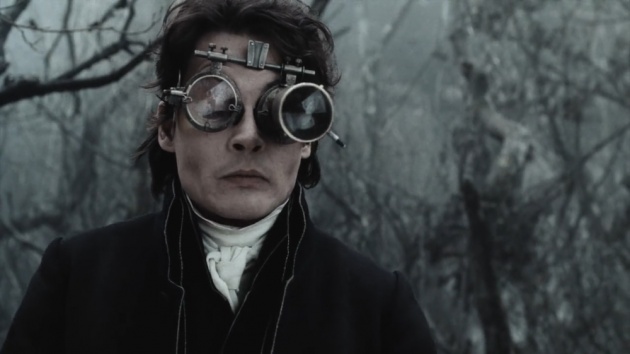 Ichabod Crane, wearing one of his contraptions to investigate another headless body

The Headless Horseman, as the legend has it, was a Hessian Mercenary during the American Revolutionary War. Known as 'The Butcher' during the war, the opposing soldiers caught him and cut his head with his own sword.

The elders told Crane that the Horseman is back to find his missing head. 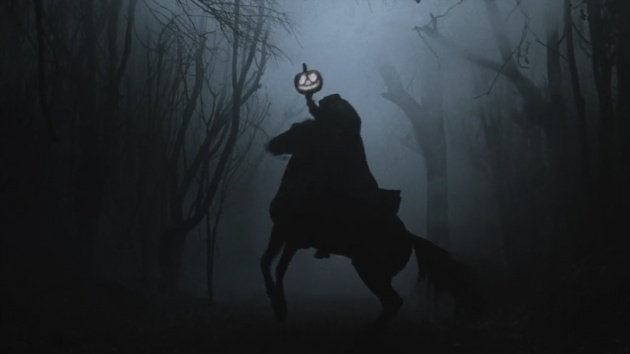 The Headless Horseman about to throw a burning pumpkin at Ichabod

The horseman threw the burning pumpkin head at Ichabod that knocked him off his horse and fell unconscious. However, it was not the real Headless Horseman. It was Brom Van Brunt who disguised as the Headless Horseman to scare Ichabod.

Shortly thereafter, Ichabod encountered the real Headless Horseman. The horseman the decapitated the head of Magistrate Philipse before his very eyes. Terrified by what he had seen, Ichabod did not let fear stop him from his investigation. 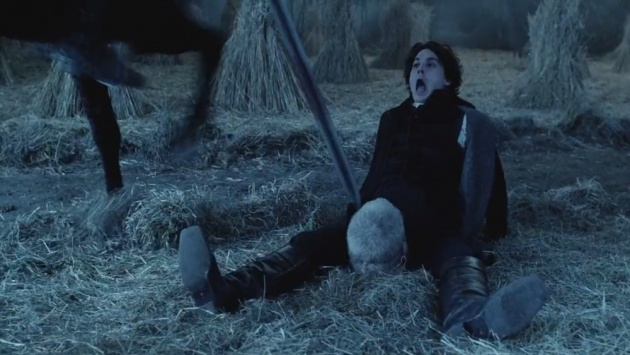 With the company of Katrina Van Tassel (Cristina Ricci) and the young Masbath, they found the Tree of the Dead deep in the woods. There, Ichabod also found the missing heads of the victims. Ichabod deduced that the tree was a Horseman's portal to the world of the living. 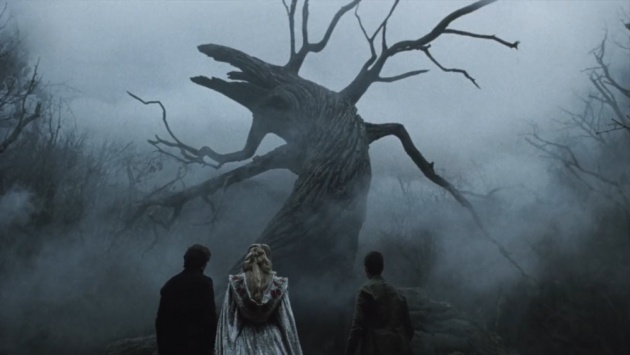 The Tree of the Dead

Ichabod also discovered that the horseman's head was missing from the grave. He concluded then that someone is using the skull to control the Horseman.

Shortly after, he came to believe that all evidence suggests that it was Katrina Van Tassel who controls the Horseman. 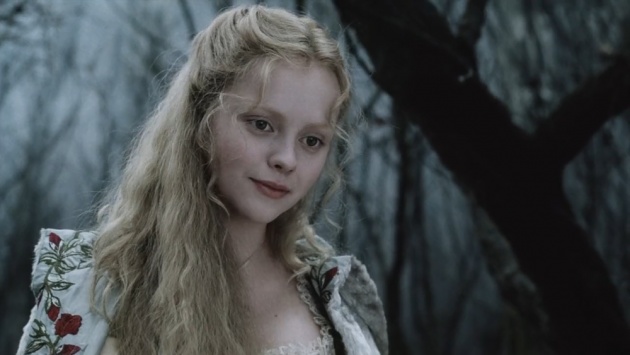 But, in the end, the real villain revealed herself and her sinister plot of vengeance.

Ichabod wrested the skull from the true villain and tossed it to the horseman. With his head returned, The villain lost control of the horseman. The horseman returned to hell, carrying the woman who once controlled him.

A More Gothic and Scarier Perspective

Tim Burton gave the age-old tale a more gothic and scarier perspective. In the original story, the focus was on Ichabod Crane's failed attempt to win the heart of Katrina Van Tassel. While in the movie, the focus is on the investigation of the series of murders in Sleepy Hollow.

The Ichabod Crane in this adaptation is a New York City constable. During that time, authorities torture their suspects to admit the crimes they "committed". Ichabod opposes the inhumane way of torture. He insists on using a new scientific method to find the truth. This made the higher authorities uncomfortable. Thus they sent Ichabod to Sleepy Hollow and prove his "scientific methods" 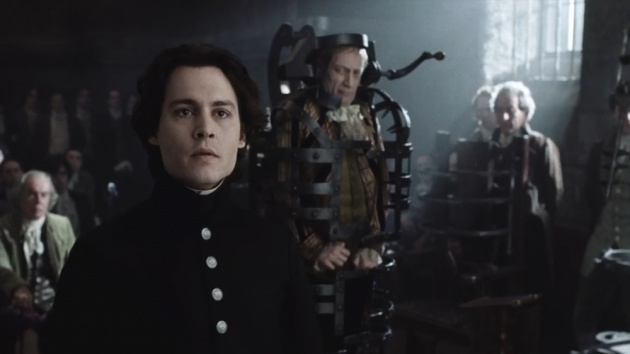 Johnny Depp is superb in portraying a witty but nervous constable. Obviously, Ichabod is quirky and gets very uncomfortable at the sight of the headless bodies. One of his noticeable characteristics is the exaggerated eye rolls.

The story of the Hessian Mercenary

The Headless Horseman was nothing but a ghost tale from the original story of Washington Irving. A Hessian soldier who lost his head by a stray cannonball. It was head that the headless horseman haunts the battleground at night to look for his missing head.

In the movie, the horseman was a Hessian Mercenary (played by Christopher Walken and Ray Park as the stunt double. The mercenary was a ruthless butcher who decapitates his enemies while riding his gigantic steed named Daredevil.

It appeared at first that the Headless Horseman was the main villain of the story. However, a twist in the later part of the movie revealed that someone else was controlling the horseman.

It was subtle but Brom Van Brunt appeared jealous when Katrina kissed Ichabod when the latter arrived at the party. Brom was killed trying to stop the horseman. 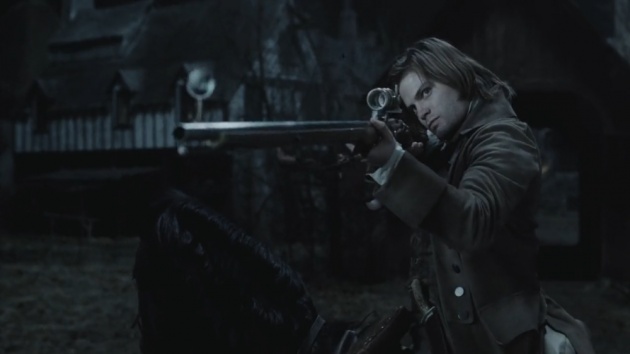 Aside from the scary looks of Christopher Walken's sharpened teeth and the flying and rolling of heads, there were just a few more "scare" moments in the movie.

Although the movie is a scarier version of Washington Irving's story, I find it more entertaining than scary.

What was a bit surprising twist on the latter part of the movie was the revelation of the real villain and how she got the Headless Horseman back from hell and control him.

And in the end, Ichabod and Katrina with the young Masbath returned to New York in time for the New Millennium.

For a horror movie, I rate it three out of five stars. For entertainment factor though, I rate it 4.5.