20 Facts about Pakistan to be Proud of

We all hear and read about how people criticize and insult Pakistan, and unfortunately there are times when we cannot blame most of the reasons due to the increasing violence. But if there’s one thing I’ve been taught, it’s never to generalize. The good points of Pakistan have been hidden in this layer of violence.Lets reconsider our potential by reviewing our past/present achievements.

1. In the last five years, Pakistan’s literacy rate has grown by 250%, the largest increase in any country to date.

2. Pakistan is the first Islamic country to attain nuclear power.

5. Pakistan has the sixth largest military force in the world.

7. Fourth largest broadband internet system of world is in Pakistan

9. About 50% of the world’s footballs are made in Pakistan.

10. Pakistan is notable for having one of the best trained air-force pilots in the world.

12.  The highest railway station of Asia is in Pakistan.

13. First PC virus was created by two Pakistani brothers. (Maybe not something to be very proud of, but it still might have required an impressive level of intellect to do so).

16. Ustaad Nusrat Fateh Ali Khan, hailed as the most important Qawwali singer of the 20th century and received many awards around the globe such as The “Legends” award at the UK Asian Music Awards (2005).

18. The Shah Faisal Mosque in Islamabad can accommodate almost 100,000 worshipers. Completed in 1976, it could at that time probably hold the city’s entire population.

19. Karakoram Highway runs through the northern areas connecting Pakistan with China’s Xingjiang province is often described as ” Eighth Wonder of the World” due to the marvel of civil engineering as it has taken 15 years to complete by the Pakistan Army Engineers in collaboration with China. It’s been labeled as ” World’s highest paved international Road” under world’s toughest terrain.

20. Air Commodore MM ALAM (Late) has a world record of shooting down 5 planes in less than a Minute. 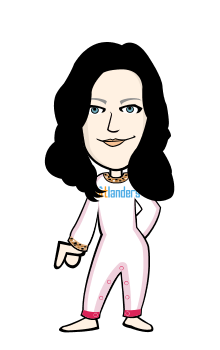