School will be out soon, the heat is coming and what better way to pass the time in a cool movie theatre? We all know about the big franchise releases this summer: Iron Man 3, Star Trek Into Darkness, Fast and Furious 6, Man of Steel, The Hangover Part III, but what about some of the lesser-known pictures coming out during the warmest season? Here is your itinerary for what to watch this summer when you're tired of watching movie classic here on Film Annex:
Iron Man 3 (May 3rd)
Following the events of The Avengers, Tony Stark (Robert Downey Jr.) may believe he faced his largest challenge ever, but The Mandarin (Ben Kingsley) threatens to tear Tony's world apart. With his back against the wall, Tony may have to protect his loved ones without his iron suited alter-ego.
Star Trek Into Darkness (May 17th)
Maybe the most anticipated sequel of the year finds Captain Kirk (Chris Pine), Spock (Zachary Quinto) and crew facing their most destructive threat yet in the form of Benedict Cumberbatch. J.J. Abram's is playing things close to the chest, but with the film playing in IMAX, we're in for a blast.
Before Midnight (May 24th)
The third feature in Richard Linklater's series of serendipitous encounters between Jesse (Ethan Hawke) and Celine (Julie Delpy). Nearly twenty years have passed since they first met in Vienna, is the spark still there nine years following Before Sunset?
Much Ado About Nothing (June 7th)
At first Shakespeare and Joss Whedon may seem like an odd match, that is until the distinct voices of each writer find their way into your head. Whedon regulars like Amy Acker and Alexis Denisof make up the modern retelling of classic comedy about two pairs of lovers with different romantic mindsets and a way with words. 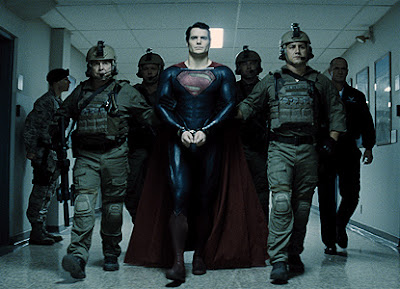 Man of Steel (June 14th)
Superman has had his story told over and over again through various mediums, but Zack Snyder and Christopher Nolan aim to make the Man of Steel modern again. The biggest complaint against Superman Returns was that it lacked action and a formidable opponent, judging by the trailers, that won't be a problem at all for Man of Steel.
This Is the End (June 14th)
When a party at James Franco's house turns into the apocalypse (what else is new?), who better to have around than Seth Rogen, Jonah Hill, Danny McBride and Jay Baruchel? Those hoping for a Freaks and Geeks reunion will get their wish when a cavalcade of celebrities battle their way across Los Angeles just to survive.
Lone Ranger (July 5th)
In this re-imagining of John Reid's Lone Ranger, Tonto tells the tale of how one U.S. Marshal became a legend. The rapport between Johnny Depp and Armie Hammer and all the money spent during production looks like it went to good use. Gore Verbinski proved he had Western sensibilities with Rango and I look forward to seeing what he could with an actual Cowboy film.
Pacific Rim (July 12th)
Monsters rising from the sea, giant robots being built to battle them, it must be a Guillermo Del Toro picture. Advanced screenings at Comic-Con revealed soaring heights and monsters on a scale unseen before in a blockbuster and all the critical gushing has fans putting this 3D release on many summer watch-lists.
The Conjuring (July 19th)
Typically horror releases don't find their way onto screens until Halloween, but this paranormal investigation will be competing against Red 2 and R.I.P.D. in one of July's busiest weekends. 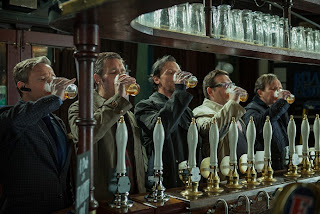 The World's End (August 23rd)
Edgar Wright's Blood and Cornetto trilogy (Shaun of the Dead and Hot Fuzz) is drawing to a close and how the world will end is this feature is anyone's guess. A group of friends (Pegg, Frost, Martin Freeman, Paddy Considine and Eddie Marsan) reunite in an attempt to top their epic pub crawl from 20 years ago and, in the process, become humanity's only hope for survival.

For free movies to watch online, watch more videos at my WebTV channel