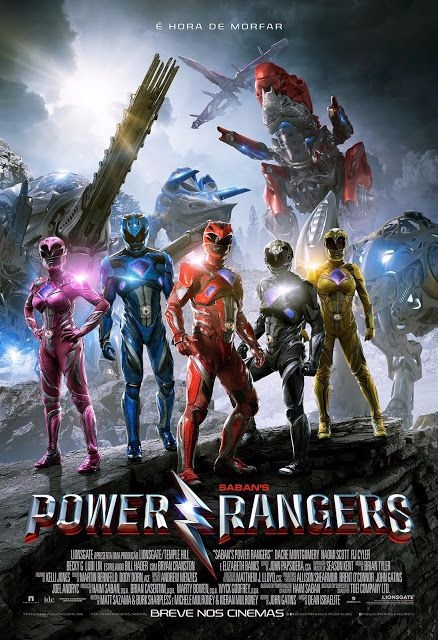 Power Rangers is a 2017 American superhero film that was first released on March 22, 2017 at Regency Village Theater and March 24, 2017 at United States. It was directed by Dean Israelite. Power rangers is Based on Power Rangers by Haim Saban, Super Sentai by Toei Company.

It is the first blockbuster film to feature LGBTQ and autistic superheroes. Franchise creator Haim Saban returned to produce the film under his investment firm. The film premiered at the Regency Village Theater in Los Angeles on March 22, 2017, and was released in the United States on March 24, 2017. Met with mixed reviews upon release, with criticism primarily focusing on its uneven tone and lack of fidelity to its source material, Power Rangers grossed $142 million worldwide, and was labelled a box office disappointment.

The Story started when Jason Lee Scott was involved in a criminal case that made him being in a House Arrest. He goes to School for detention every Saturday but he can't go anywhere except straight to home, and then in the Detention room he saw Billy Cranston being bullied by some jerky school boy who feels like he's too cool to be the bullied. Apparently as a Good hearted person and hates to see someone being quarreled, Jason warned the jerk to back off or else he'll do something miserable to him.

As a Thank you gift, Billy invited Jason to hang out at his place. They exchange assets and commodities and build up a friendship that leads to a deeper exploration of Billy's Project. 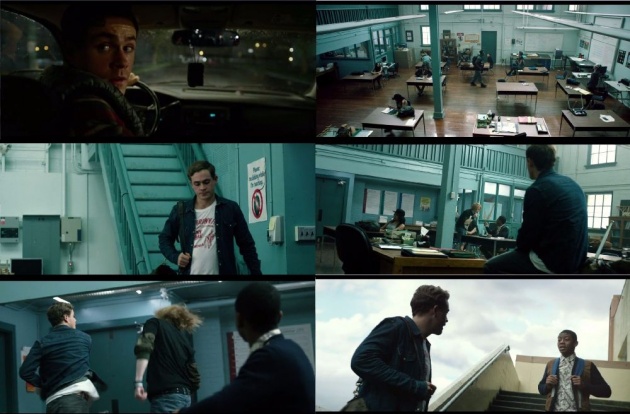 They explored the forbidden place of Mining mountain to calculate and prove Billy's research even against Jason wills he still wouldn't let Billy left alone in that dark mountain. a part of a mountain bombed by Billy, This draws attention to the other 3 Teenagers who was coincidently just by the mountains side at that time.

This left a fragments of Mountain rocks scattered into the ground and revealed a huge crystal glass-like-mountain-wall. Out of curiosity, Zack Taylor, Used a tool to break the glass and later on found out 5 crystals with different colors. Red, Blue, Black, Yellow, and Pink. 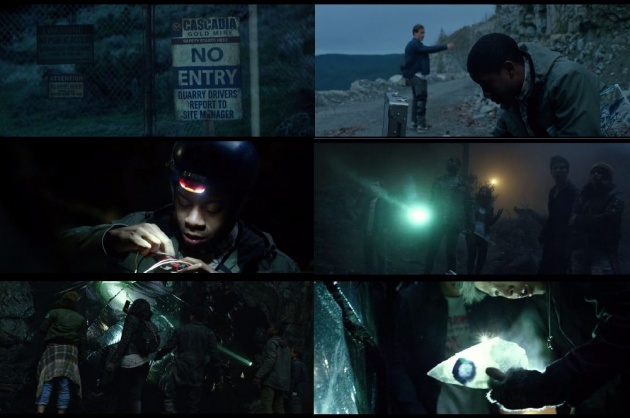 Patrols came to catch them for their trespassing acts. Unluckily, in one glimpse of a time, they found their selves being hit by running train. But the day after, They woke up in each bedrooms finding them with some scratches and most amazing fact is that, Never they thought would happen is that they became strong.

Due to unexpected happening they came back to the place where they found the crystal that leads them in the deep mountain hole.They swam in the crystal like water underneath and as what must happen they reached the Cenozoic Era Earth Space Ship. 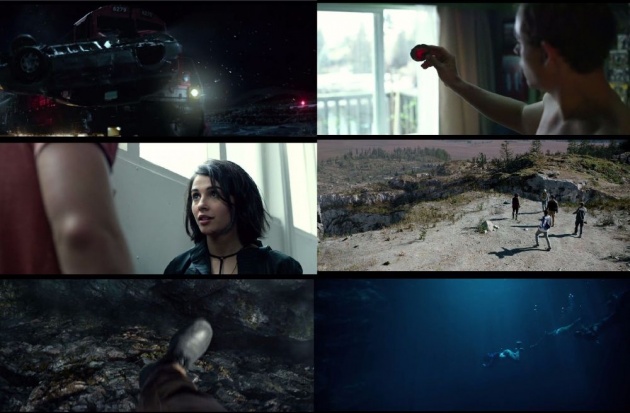 The 5 Teenagers, Jason Lee Scott as the Red Ranger, Kimberly Hart as the Yellow Ranger, Trini Kwan as the Pink Ranger, Billy Cranston as the Blue Ranger and Zack Taylor as the Black Ranger. They are meant to fight back against the perilous Green Ranger, Rita Repulsa and to save the earth and the entire galaxy in being destroyed.

Zordon: She is pure evil.

Trini: How are we supposed to stop her? 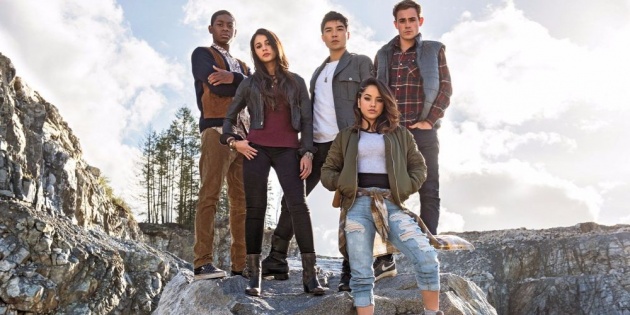 1. Jason Lee Scott - The Red Ranger. Leader of the Power Rangers. He was a failure before he proven himself in saving the world.

2. Kimberly Hart -  The Pink Ranger. Hated by her fake friends. He cut her hair to change herself fully and to forget the past.

3. Trini Kwan - The Yellow Ranger. a quiet type of girl who doesn't know how to listen and has a little bit hard headed attitude.

4. Billy Cranston - The Blue Ranger. The Mind source of the Team. He found out about where the Crystals hidden.

5. Zack Taylor - The Black Ranger. The Asian the group has a type of Happy Go Lucky Personality. He has a sick mother and do everything just to sustained their living.

Let me start with Red Ranger, having Dacre Montgomery as Red Ranger made the film more interesting to watch (for me) However at first I find it a little bit under rated for the fact that he looks short and unnoticeable but his acting later on made me realize that he can be the Leader and he can be Red Rangers whose going to lead the Power Rangers. It excites me too about Pink Rangers, I love girls with short hairs (Thats why I cut my hair short too ^_^) Going back, I think Naomi Scott is the best choice for it, They've added a spices in the Team and it made the film look fierce and strong :D

Kids from 90's or even adult who used to watched Power Rangers every time would probably gets excited somehow in the revival story of Power Rangers. The Effect would be much more realistic and artistic, The plot and characters would be more attracting and exciting, The story flows would be different and has a lot of twist. However for some people and for some reviews, Power Rangers 2017 came out with a disappointing outcome. Even I. I was a little bit disappointing, I didn't really enjoyed the entire film honestly.

I do not have problems with the Cinematography, Effects, Visuals, and Acting. but I've listed some of the factor why It came out a little bit Disappointing. but at the very first of the movie, I was really impressed and I was excited about what would happen however things changes on the lather part. 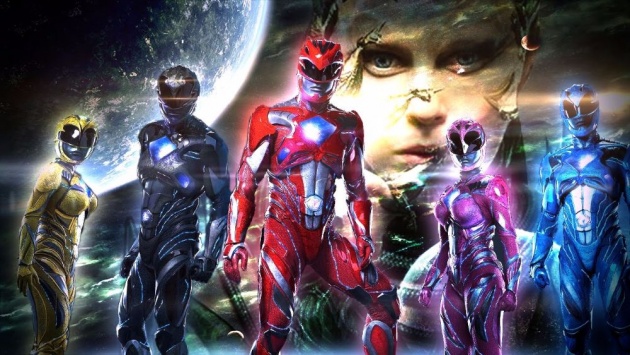 Lacks of Twist. Yep, The story is just like the Power Rangers TV series, Fights with the Mother Antagonist and then if it didn't worked by individually shooting, They will be turning into big android which would definitely kill the Giant. Boring. No hate but I've expected a lot in the Trailer!

Hands down for the Antagonist, The Giant one which made from gold made me cringe a little bit. hehe

I won't take this too long (so much hate lol), The Last one is the Lack of POWER RANGERS EXPERIENCE. (Same as the first one) The fighting scenes are short and doesn't reached my satisfaction (sorry!) 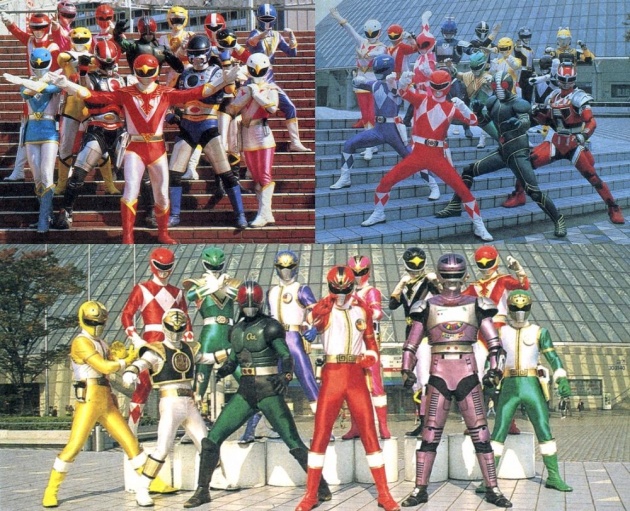 Super Sentai is a popular tokusatsu series and a sister series of the Kamen Rider Series. The two series make up the Super Hero Time programming block on TV Asahi. Several actors in the Kamen Rider have also appeared in Super Sentai. -Kamenrider.wikia

Power Rangers was inspired by Japanese TV series, Super Sentai. Unlike Super Sentai which has a lot of variety of Armor and characters (Assorted colors and identity which has a different skills and abilities) Power rangers focused on the developing coordination of 5 to 6 people with armor (Red,Blue,Black,Yellow,Pink and Green) in keeping the earth safe from outer planet villains.

Despite initial criticism that its action violence targeted child audiences, the franchise has continued, and as of 2017 the show consists of 24 television seasons of 20 different themed series and three theatrical films released in 1995, 1997 and 2017. In 2010, Haim Saban, creator of the series, regained ownership of the franchise after seven years under The Walt Disney Company.

ALL IN ALL THE MOVIE IS..

Fun to watch. Even in some disappointing part, I would rate the Plot as 6 out of 10 while in the Story flows - 7 out of 10, Effects and Visuals is 9 out of 10, Characters 8.5 out of 10. Don't hate me! I watched the movie and its still worth to watch, Watch it with your kids and love ones :) Surely the kids would love it ^_^ 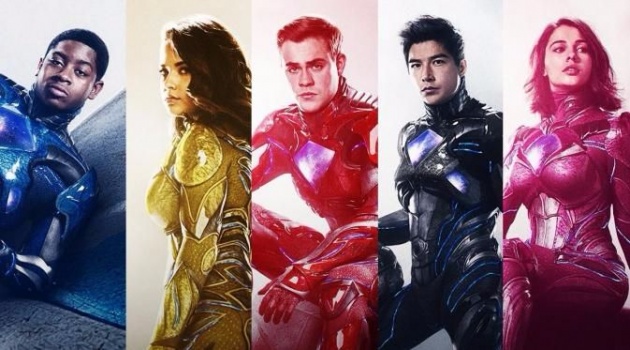 That's it! I think this is my first blog which I put a lot of hate hehe Sorry

THANK YOU FOR YOUR TIME!!

POWER UP YOUR LIFE!

Photo Source: Jvanity1 (Saban's Power Rangers Legacy Wars) And so since I can't think of anything to…

BLOG: No One is Waiting During Transformation Scenes

OK, so one criticism of various anime series is the "transformation scenes taking upwards of 1 minut…