Most Command Prompt commands require you, or have options, to specify full paths to files or folders but typing out a long path can be frustrating, especially when you miss a character and have to start over.
For example, in Windows 7, the path to the Accessories group in my Start Menu isC:\Users\Tim\AppData\Roaming\Microsoft\Windows\Start Menu\Programs\Accessories. Who wants to type that all in manually? Not me.
Luckily there's a Command Prompt trick that makes this much easier: drag and drop.
Just navigate to the folder you want the path for in Windows Explorer. Once there, drag the folder orfile to the Command Prompt window and let go. Like magic, the full path is inserted, saving you a considerable amount of typing depending on the length and complexity of the path name.
Note: Unfortunately, the drag and drop feature does not work in an elevated Command Prompt.

13. Shut Down or Restart Another Computer

System administrators in a business environment do this all the time for lots of reasons, but you can also shut down or restart another computer on your network, all from your computer's Command Prompt.
The easiest way to shut down a computer remotely is to executeshutdown /i from the Command Prompt which will open the Remote Shutdown Dialog, shown here. Just enter the name of the remote computer (which you can get by running the hostname command on the other PC), choose what you want to do (restart or shutdown), select some other options and then click OK. So whether you're brushing up on your command skills or just scaring a family member, this Command Prompt trick is a fun one.
You can also shut down or restart another computer strictly from the Command Prompt with the shutdown command, without using the Remote Shutdown Dialog.

14. Use Robocopy as a Backup Solution

Thanks to the robocopy command, you don't need to use Window's backup software or install a third party program to manage your backups.
Just execute robocopy c:\users\tim\documents f:\backup\documents /copyall /e /r:0 /dcopy:t /mir, obviously replacing the source and destination folders with whatever you'd like to backup and where. The robocopy command with these options functions identically to an incremental backup software tool, keeping both locations in sync.
You don't have the robocopy command if you're using Windows XP or earlier. However, you do have the xcopy command, which can be used to do something very similar: xcopy c:\users\tim\documents f:\backup\documents /c /d /e /h /i /k /q /r /s /x /y.
No matter which command you choose to use, just create a script file containing the command andschedule it to run in Task Scheduler and you'll have your own custom made backup solution.
I've chosen to use the robocopy command on my personal computers as my only local backup solution because I like the level of control it gives me. Hopefully you take that as a vote of confidence in this incredibly useful Command Prompt trick.

Maybe just for your own information, but certainly when you're troubleshooting a network or Internet problem, you'll probably at some point need to know details about your computer's network connection.
Everything you'd want to know about your network connection is available somewhere in the Control Panel in Windows, but it's much easier to find, and much better organized, in the results from the ipconfig command.
Open Command Prompt and execute ipconfig /all. What displays on screen next is everything important about your network connection: your IP address,hostname, DHCP server, DNS information, and much, much more.
Combine this hack with Command Prompt Trick #7 and you've got a very easy way to get informationabout your connection to someone helping you with a problem.

16. Map a Local Folder Just Like a Network Drive

The net use command is used to assign shared drives on a network to your own computer as a drive letter, but did you know there's another command that can be used to do the same thing to any folder on any of your local hard drives?
There is and it's called the subst command. Just execute the subst command, followed by the path of the folder you wish to appear as a drive. For example, let's say you want your C:\Windows\Fonts folder to appear as the Q: drive. Just execute subst q: c:\windows\fonts and you're set!
This Command Prompt trick makes accessing a particular location from the Command Prompt much easier.

Another great Command Prompt trick has to be the use of the keyboard arrow keys to cycle through previously executed commands. The up and down arrow keys cycle through the commands you've entered and the right arrow automatically enters, character by character, the last command you executed.
This might not sound that interesting, but there are several situations where the arrow keys become huge time savers.
Consider this example: You've typed out 75 characters of a command and then try to execute it, only to find that you forgot to add an option at the very end. No problem, just hit the up arrow and the entire command is automatically entered in the Command Prompt window, ready for you to edit to make it work.

Tab completion is another Command Prompt trick that can save you lots of time, especially if your command has a file or folder name in it that you're not completely sure of.
To use tab completion in the Command Prompt, just enter the command and then the portion of the path that you do know, if at all. Then press the tab key over and over to cycle through all of the available possibilities.
For example, let's say you want to change directories to some folder in theWindows directory but you're not sure what it's named. Type cd c:\windows\and then press tab until you see the folder you're looking for. The results cycle or you can use Shift+Tab to step through the results in reverse.

Yes, you read that correctly, you can watch an ASCII version of the full Star Wars Episode IV movie right in the Command Prompt window!
Just open Command Prompt and execute telnet towel.blinkenlights.nl. The movie will start immediately. This isn't a terribly productive use of the Command Prompt, nor is it really a trick of the Command Prompt or any command, but it sure is fun!
Note: The telnet command is not enabled by default in Windows 7 or Windows Vista but can be turned on by enabling Telnet Client from Windows Features in the Programs and Features applet in Control Panel. If you'd rather not enableTelnet but would like to see the movie, you can also watch it in your browser here.
http://cybertrendss.blogspot.com/2016/01/21-steps-tutorial-basic-command-prompt.html 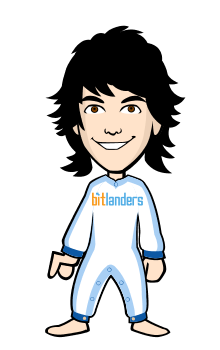 Programmers have always been fond of watching movies related to topics like coding, AI, Hacking etc.…

For a long time , I've been listening around , why 'CODING' ?Why learn "Programming" , what's that c…