Pakistan contains two sedimentary basins, the Indus Basin and the Baluchistan Basin. These basins separated by a major fracture zone, the Axial Belt, collectively occupy an area of about 828,000 square kilometers. The Indus Basin is an extensively explored area and the only basin, so far, from where oil and gas is produced. The Indus Basin belongs to the type extra continental down-warp Trough according to the Klemme’s classification. The basin has elongated shape and is oriented in northeast-southwest direction. The main tectonic features of Indus Basin are the platform, the foredeep comprising depressions, an inner folded zone and outer folded zone. The platform known as Indian platform coincides with the present Indus Plain and is sub-divided into the Punjab Monocline, Sukkur Rift Zone and Sindh Monocline (Kazmi & Jan, 1997).
The foredeep includes from north to south, the Potwar, Kohat, Suleiman, Sibi, Kirthar and Karachi depressions, the inner folded zone includes Zinda Pir, Mari-Bugti, Sanni and Mazarani, whereas the outer folded zones are Suleiman and Kirthar Folded Zones. The province of Sindh is situated in Lower Indus Basin and includes Sukkur Rift Zone comprising Khandkot Mari Horst, Panno Aqil Graben and Jacobabad-Khairpur Horst, Sindh Monocline, a part of Kirthar Depression, Karachi Depression and Mazarani Folded Zone.

The province of Sindh fulfills all the requirements of generation and accumulation of hydrocarbons. Presently Sindh is a major producer of oil and gas with a large number of oil, gas and condensate fields. Out of Pakistan‟s daily oil production of about 64,000 barrels, more than 50% is produced from Sindh. Equally important is large share of gas.

The Lower Indus basin contains sedimentary rock fill of significant thickness, comprising Mesozoic and Cenozoic successions. Precambrian basement is exposed in the south-eastern.
corner (Nagar Parkar high). The geological evolution of the area covered by Lower Indus Basin in context with regional geology is such that with the exception of a few Triassic outcrops, the Mesozoic rock succession of the Lower Indus Basin is represented several thousand meters thick Jurassic sequences (Chiltan Limestone). These are shallow water marine rocks consisting of limestone and shale with subordinate sandstone interbeds in lower part. The intra-Jurassic unconformity at the close of Callovian time occurs throughout the area.
The Jurassic/Cretaceous boundary is transitional in most parts of the Indus Basin. There was a relative quiescence during Late Jurassic to Early Cretaceous when similar lithofacies of the Sember and Goru Formations were deposited. The Cretaceous/Tertiary boundary is marked by a major unconformity. The rocks of Paleocene are represented by Ranikot Group. The Ranikot Group is overlain by Laki Formation of early Eocene age. It comprises of limestone, but marl, calcareous shale, sandstone may become significant constituents at some localities. This rock unit contains rich fossil assemblages. Its upper contact with the Kirthar formation of middle Eocene to Early Oligocene age is transitional. Kirthar formation is also richly fossiliferous and consists of limestone with some shale and marl.

The basement rocks in the study area are mainly granite with minor amounts of rhyolite and metamorphic rocks. The Nagar Parkar igneous complex is a bimodal vocanoplutonic complex 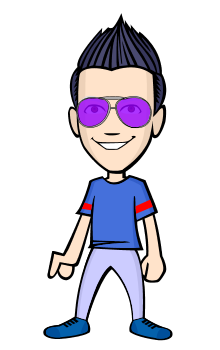