Appeared on the big screen for the first time 60 years ago,  Godzilla was considered one of the icons of film history. This year, the Hollywood filmmakers continue to make this giant monsters on the silver screen in a new version. The content revolves around the American government censor information about the existence of Godzilla with the world.The American nuclear tests in the 1950s in the Pacific region is the attempt to kill Godzilla.

But these efforts are unsuccessful, Godzilla radioactive substances and growing louder.Upon reaching enormous size weighs 60 tons and a height of 350m, this monster rising from the deep ocean and began devastating the human world. With image morphing promising and the involvement of many names such as Juliette Binoche, Sally Hawkins, Aaron Taylor Johnson, Elizabeth Olsen and Ken Watanabe;  Godzilla anticipated revenues of at least $ 500 million.


The latest episode of the Di's is one of the blockbuster "cash drain" of Hollywood this year.  X-Men: Days of Future Past will follow the events happening in  X-Men: First Class and  The Wolverine . In this section, the mutants will join together to confront a life and death struggle for the survival of all life on Earth in two time markers.


Only in theaters after  X-Men : Days of Future Past a week,  Maleficent 's blockbuster project's ambitious fairy Disney. Based on the famous story of  Sleeping Beauty(Sleeping Beauty), but the main character is Maleficent - one of the most sadistic villains that Disney ever built in the animated version. With the exploitation angle Good - Evil is completely different and marked the return of Angelina Jolie starring, Maleficentwill surely be the hottest name in the theater world in late May, early June 6.


For years, Tom Cruise plays only a movie every year and most of them are under the blockbuster science-fiction genre. After  Oblivion last year, 51-year-old actor continued to appear in  Edge of Tomorrow - the film adaptation of the novel  All You Need is Kill by Hiroshi Sakurazaka Japanese writer.

Continued exploitation movie themes invasion of aliens. The main character is Lieutenant Colonel Bill Cage (Tom Cruise) and Special Forces member Rita Vratasi (Emily Blunt) shake hands to fight against invaders Mimics. Old topic, but with the involvement of Tom Cruise and morphing images are part of the investment,  Edge of Tomorrow is still a lot of works of fiction fans waiting to welcome.


Each intend to finish third, but after the smoke of the morphing robots that director Michael Bay and producers can not miss "gold mine" of this. Part four of the Transformers will not have the appearance of actor Shia LaBeouf that his replacement is a famous star Mark Wahlberg.

Transformers: Age of Extinction continuing war between two factions of robots morph Good - Evil is taking place in the context of the big city to the spectacular effects shot.With a pre-existing brand, this episode was directed by Michael Bay has many opportunities to reach $ 1 billion in revenue.

6. Dawn of the Planet of the Apes


Made by Wachowski brothers - who served as the success of the film series  The Matrix,  Jupiter Ascending is a blockbuster with the participation of the beautiful Mila Kunis and Channing Tatum amateurs. Film is the story of a girl whose life is normal on Earth suddenly finds himself as the queen of the Milky Way and have power to change the order of the universe.


Greek mythology is always in mining but apparently Hollywood audience still can not get enough. This summer, the demigod whose father is Zeus great going back through the big screen starring The Rock star muscle. Through some backstage pictures, you can see The Rock with rippling muscles and put on the skin of a lion, but he was defeated in the first period.  Hercules also had the participation of Irina Shayk beloved woman - lover of Cristiano Ronaldo.

9. Guardians of the Galaxy


After the success of the superhero team the Avengers in particular, Marvel continues to put up the silver screen many new superhero in  Guardians of the Galaxy . This project was the blockbuster hype earlier this year by the teaser, clip introducing the main characters and the action scenes transient curious. If successful, the  Guardians of the Galaxy will open a "gold mine" for Marvel's new on the summer movie season next year, along with  The Avengers .


The last blockbuster of the summer movie season 2014 film version of the story  Ninja Turtles fame - which are associated with childhood for generations. Director Michael Bay serves as a producer of  Teenage Mutant Ninja Turtles in the fiery actress Megan Fox as the female lead reporter courageous supporter of the turtle.

Since 1984, the comic book  Teenage Mutant Ninja Turtles are published and then made ​​into a cartoon with nearly 300 episodes. These models are very popular Ninja Turtles, and every 5 years head of global sales. The food product according to a huge market, with an estimated value of up to $ 5 billion at the time. 4 length animated film was made ​​and collected more than $ 200 million from worldwide box office.  Teenage Mutant Ninja Turtles is also expected to bring in revenue for Paramount $ 500 million. 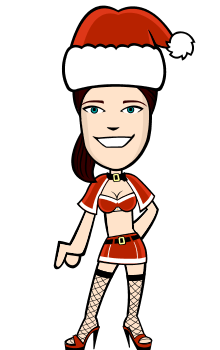 photogragh has always been as integral part of design…