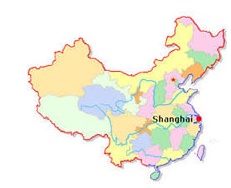 A Shanghai government statement said another 46 people were receiving hospital treatment, including 14 who were seriously injured, following the chaos about a half-hour before midnight. Two other injured had already left hospital.
The microblog of the People’s Daily, which is run by the ruling Communist Party, said that 25 women and 10 men had died, aged between 36 and 16. The injured included 3 Taiwanese and one Malaysian, it said.
The official Xinhua News Agency quoted an unnamed witness as saying people had scrambled for coupons that looked like dollar bills that were being thrown out of a third-floor window. It said the cause of the stampede was still under investigation.
At one of the hospitals where the injured were being treated, police brought photos out of dead victims who they had not been able to identify, causing dozens of waiting relatives to crowd around the table. Not everyone could see, and young women who looked at photographs someone had taken on a cellphone broke into tears.
A saleswoman in her 20s, who refused to give her name, said she had been celebrating the New Year with three friends. “I heard people screaming, someone fell, people shouted ‘don’t rush,’” she said, adding she could not reach one of her friends. “There were so many people and I couldn’t stand properly.”
Xia Shujie, vice president of Shanghai No. 1 People’s Hospital, told media that some of the people brought to them were suffering from serious suffocation.
Xinhua said the deaths and injuries occurred at Chen Yi Square, which is in Shanghai’s popular riverfront Bund area, an avenue lined with art deco buildings from the 1920s and 1930s when Shanghai was home to international banks and trading houses. The area is often jammed with spectators for major events.
On Thursday morning, dozens of police officers were in the area and tourists continued to wander by the square, a small patch of grass dominated by a statue of Chen Yi, the city’s first Communist mayor.
Police stood guard at Shanghai No. 1 People’s Hospital, where many of the injured were being treated. Earlier, relatives desperately seeking information had tried to push past guards at a hospital, state media photos showed. Guards had to use a bench to hold them back. Later, police were allowing family members into the hospital.
People who couldn’t contact friends or family members went to the hospital. A man, who gave only his surname, Wu, said he had traveled to Shanghai from a province in the south, Jiangxi, Thursday morning to look for his 23-year-old friend. She had gone to Shanghai to celebrate on the Bund with another friend, but one of their phones was powered off and the other had been lost and handed in to police, Wu said.
CCTV America, the U.S. version of state broadcaster China Central Television, posted video of Shanghai streets after the stampede, showing piles of discarded shoes amid the debris.
One photo from the scene shared by Xinhua showed at least one person doing chest compressions on a shirtless man while several other people lay on the ground nearby, amid debris. Another photo showed the area ringed by police. Steps lead down from the square to a road across from several buildings.