My name is Retchy, I'm an animator, and I thought I'd give this blogging business a go on Film Annex.  I guess my main topic is going to be the work I've been doing over the past few years on this 3D Zoetrope technique, although I may dip into other area along the way as well.

So like I say, I've been experimenting with this technique since back in 2009 when I first saw this amazing little video by fellow animator Jim Le Fevre. 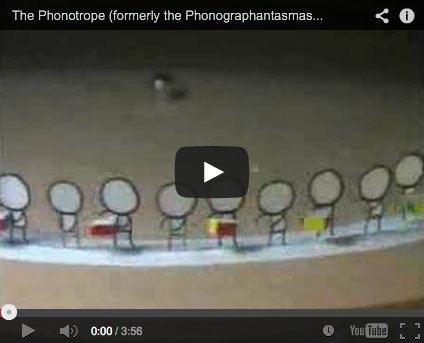 The part that really struck me was when those little characters appear and the framing of the images is just done away with - it just seems to come to life before your eyes.  I immediately knew I needed to try this out for myself.

The technique works when you measure out the correct number of frames to divide the spinning disc into, which is determined by the framerate of the camera you're using to film it and the rate at which you are spinning the disc.  In this case the disc is split into 33 equal parts and is spun at 48rpm and then filmed on a video camera with a high shutter speed setting at 25fps (the effect only works in-camera).  It's very similar to the old Victorian era Zoetrope (see below) but the camera kind of takes the place of the slits to create the illusion of movement in this modern take on the technique. 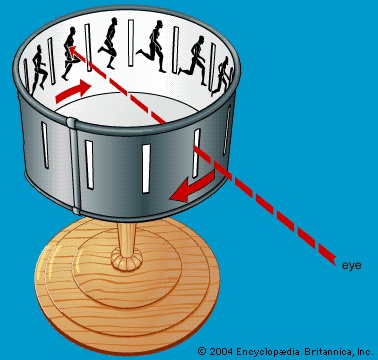 I ended up getting in touch with Jim to see if he'd be willing to help out, as I could't figure out how it was done, and he was really great and gave me all the info I needed.  My first attempt still failed though, as for some reason I chose to ignore the numbers Jim had given me - I was probably tired or something - but I could see it was nearly working, which was good enough for me :)  Here's it is - I filmed it as a live feed while I was mucking about with some VJ software with some mates...

I took a more measured approach for the next attempt and decided to properly and precisely measure out the frames in after effects and photoshop after figuring out the circumference of the disc.  I did a really simple animation in AE, rendered it out as an image sequence, laid them out side by side in photoshop, printed them onto acetate and then just stuck the strips onto the side of the wooden disc that I had had cut.

Here's the video of the first time that it actually worked. 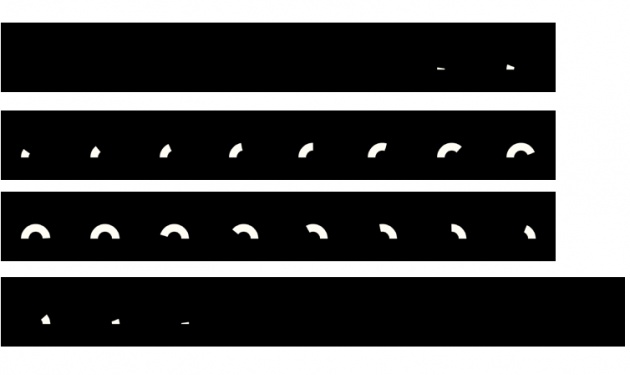 It's really simple stuff, but it demonstrated that I could get the thing to work, which enabled me to start thinking bigger about what might be possible with the technique…

Check out part 2 of my 3D Zoetrope blog for more!