So with the plan in place for my first proper 20 layer zoetrope, all I had to do was figure out how to go about making it.  The obvious thing to do would be to just print all the layers out onto acetate and stick 'em together, but that would be too easy.  Aside from the cost of getting that done properly (I really didn't want to try and use my A4 printer as it would involve sticking up to 5 sheets of acetate together and was bound to look a complete mess in the end), I wasn't sure I wanted it to look quite as precise as a professionally printed version inevitably would.  Perhaps against my better judgement then, I opted to trace each and every one of those thousands of little circles by hand.

The process I eventually arrived at was as follows…  I'd set up the project in after effects so that each flattened layer of the zoetrope was split up into the necessary number of A4 sized frames to be printed out.  I then printed out each page for each layer, very carefully laid them out on my desk and taped them together so they were all at right angles to each other and measured up to the quite precise lengths that they needed to be in order to fit into the zoetrope base.  I then lined up the acetate (from a big roll I had bought online) with the template underneath, taped it down tightly and started tracing the pattern with a black marker pen. 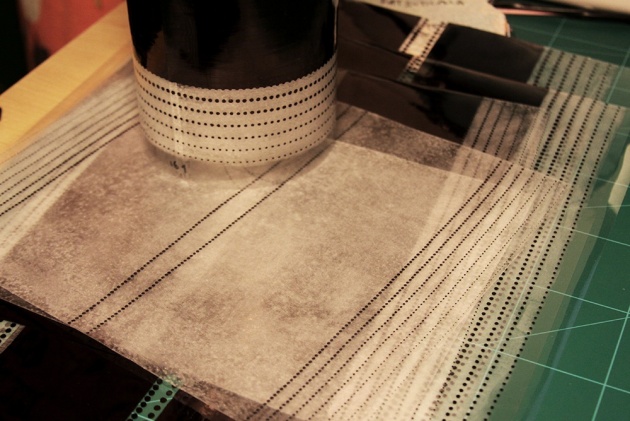 I had also planned to line certain portions of the acetate layers with tracing paper so that the light would catch them, but when it came to forming the cylinder shapes, the tracing paper would either wrinkle up or distort the acetate surfaces so I had to resort to sand papering the actual acetates themselves instead.  After I had completed the first five or so layers I decided to test them out in position on the base. 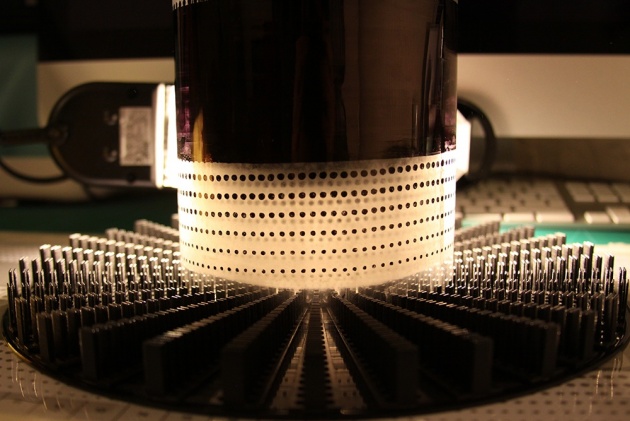 Those frosted bits were worrying me.  After just five layers it was already becoming hard to see through to the centre, even with a fairly strong back light, so I stopped doing that for the remaining layers to see how it would look without, just in case I regretted doing it later. 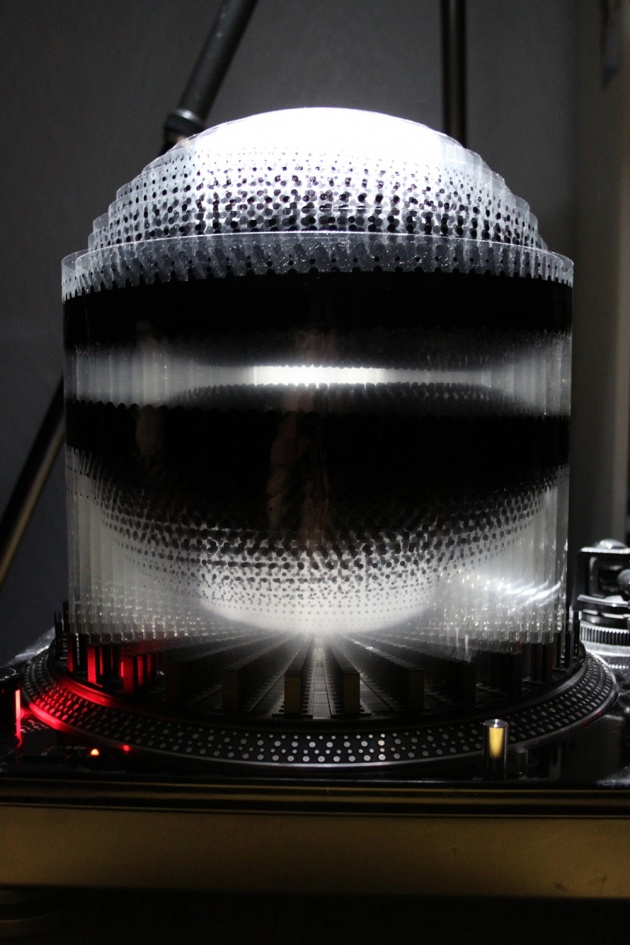