Last time I spoke about the processes of prototyping and building my wooden, sine wave based 3D zoetrope.  I was pretty happy with it, but I was getting a bit bored of making these things and then just editing together a bunch of different shots with no particular purpose to them.  I decided to try out the projection mapping again, which had previously completely failed, but this time I would try to isolate the entirety of each layer of the zoetrope with the projection, as opposed to each of the individual frames. 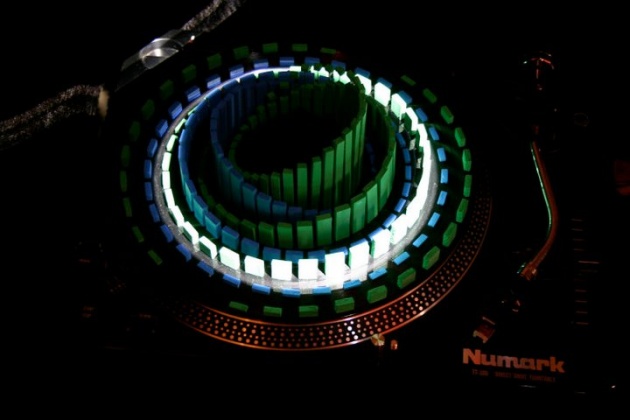 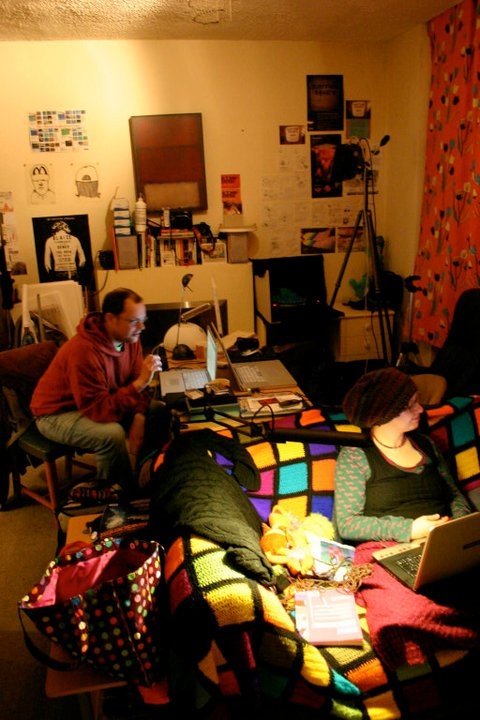 I set the projector up on a tripod over the record player (you can see the set up in the background above), pointing pretty much straight down, and I was able to mask off each circle of balsa wood.  I just had to figure out what to do with this set up now, so I started listening to various bits of music, mostly electronic stuff that might lend itself to a short abstract music video.

The Battles track 'IPT2' from their B EP record seemed the perfect fit really - it was short, had a nice and clear punchy rhythm that I could work with, and seemed to work with the neon-like colours of the projection.  It was now just a matter of diving into the tack, analysing the beats, and figuring out which movements worked best when projected onto the zoetrope and how they worked with the music.  Animating the transitions between which circles were being highlighted on the zoetrope quickly became the dominant aspect of the film as it was really the only option that worked well.  This is the final animation that was projected onto the zoetrope - not particularly impressive on it's own...

And this is the final piece with music, zoetrope and projection combined (sorry for the external link, but I can't upload these to FIlm Annex - just click on the images to see the videos). 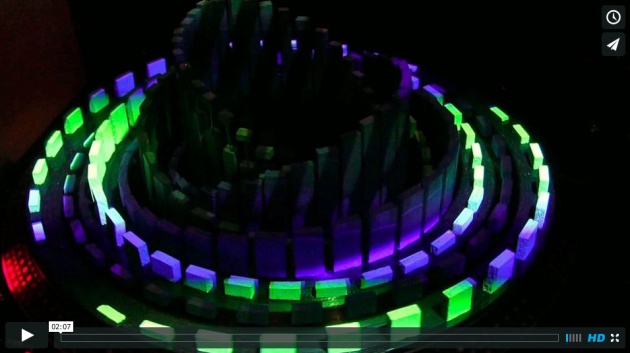 As you can see in the final video, if any of the colours were held for too long or filled too much of the space, they would strobe quite badly.  This was due to the high shutter speed required of the camera when filming the zoetrope, and was especially visible on the red end of the spectrum for some reason (not sure why).  I was lucky that I was able to take advantage of this though, as the flashing red bits actually worked quite well with certain parts of the track.

So yeah, I'm pretty happy with how this one turned out - time to get even more complicated with the next one though :D 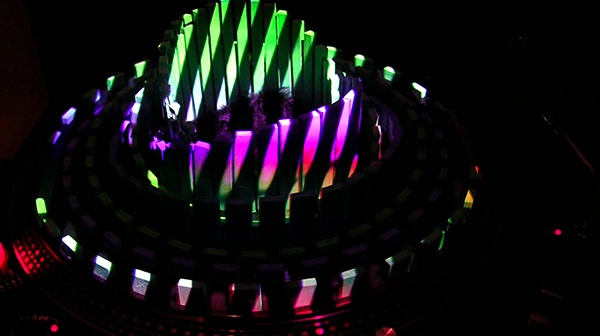 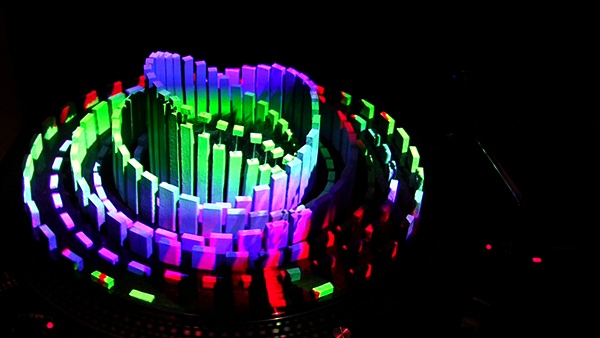 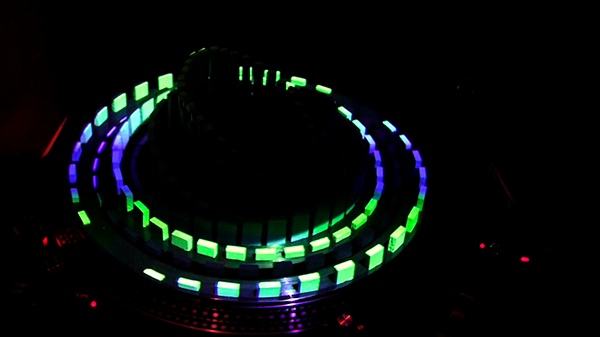 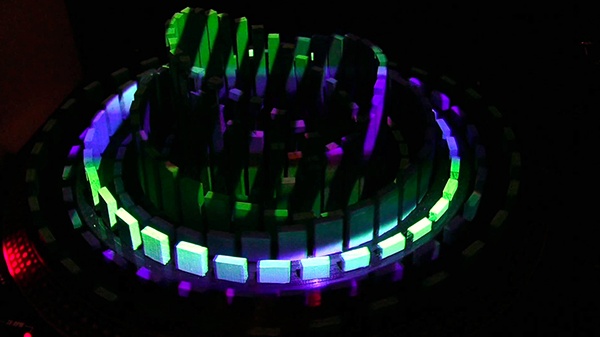