4 Facts You Need to Know About Tonya Harding and her Biopic I, Tonya

Are you a fan of figure skating? If yes, chances are you have heard of this infamous scandal revolving around two well-known names in the industry. Yes, I am talking about Tonya Harding and Nancy Kerrigan.

As you might know, Harding just got her biopic released last year entitled I, Tonya featuring Margot Robbie. This is the first time I have seen the movie, exclusively for the bitLanders Film Series. Knowing a bit background about her story, I am sort of having mixed emotions about the movie.

But, don't get me wrong. I don't hate Tonya Harding, nor am I antagonistic towards her. It is just a bit absurd watching, from my perspective, knowing that the real victim in the whole thing could have seen the movie... Or not really.

Anyway, as I was thinking, creating an unbiased movie review about I, Tonya might be difficult. You know, if your judgments are clouded with emotions, it is really hard to be objective.

1. The movie was based from the true-to-life story of Tonya Harding.

According to an interview, the movie got its inspiration when screenwriter Steven Rogers watched a documentary about ice skating which mentioned of Harding. He wrote the script to the movie based from his own separate interviews of her and her estranged husband, Jeff Gillooly. Referring to the ex-couple, Rogers said that both had a completely different sides to the 1994 scandal.

Querlo Chat - "What kind of movies do you like?"

This was a challenge but still, Rogers proceeded to draft the story. In the sane interview, he mentioned he decided to include both points of view. The final decision, as to who was telling the truth, would be left to the audience's discretion.

2. It included the 1994 US Figure Skating Championship Scandal.

Just in case you might not have heard of the scandal being mentioned, here's a bit of refresher. Back in 1994, prior to the US Figure Skating Championship, Nancy Kerrigan suffered from a violent attack from an unknown perpetrator. Kerrigan was one of the front-runners in the competition, having won bronze in the same competition back in 1992. 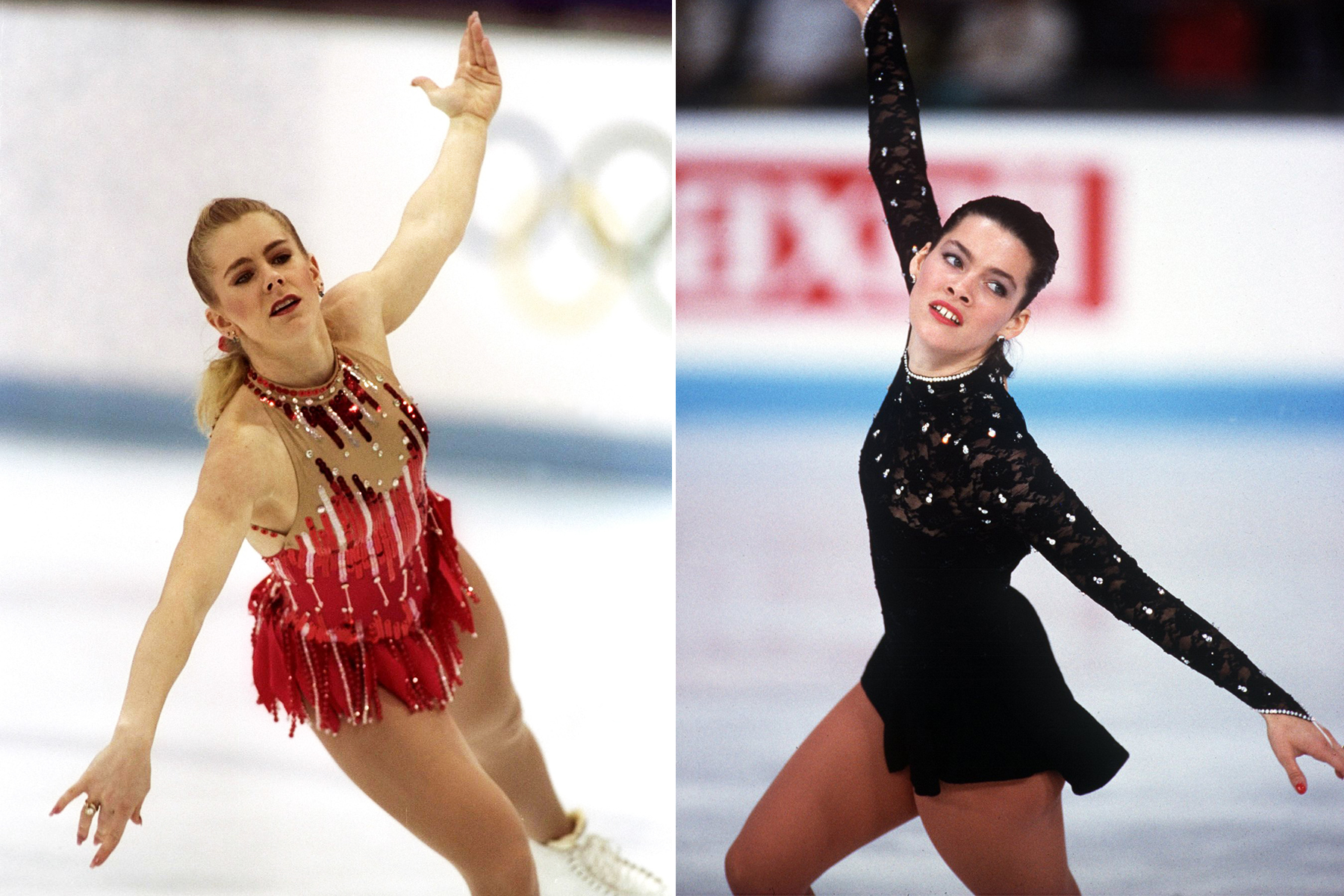 Kerrigan was a slot behind Harding, but she became an ultimate sweetheart after winning that year. She scored multiple commercials and endorsements, while Harding bearly had none even after winning silver.

There was an intense competition between the two. Nothing personal before the scandal happened, but media had indeed played both of them as tight rivals. The general consensus though was more favorable to Kerrigan.

Then the day came, before the much-awaited competition. Kerrigan was about to take off from her practice when an unknown man kneecapped her with a police baton. As she was crying in utter shock and great pain, the man fled and escaped.

The news about the attack widespread like a wildfire. Many thought Kerrigan would completely drop out of the game. But her recovery was fast enough to still make it to the competition.

Meanwhile, a news report came out linking Harding and her ex-husband to the crime. Both received extreme backlash. Harding pled inoccent of the attack and blamed the entire plot on Gillooly.

However, Gillooly confessed otherwise, stating that Harding knew of the plan long before it was executed. And so, the scandal went further into the deep scrutiny of many, hurting Harding's career forever. That championship, she did not secure a medal (she placed eighth) while Kerrigan won silver.

3. Tonya Harding was stripped of her championship titles.

If things did not seem unfortunate enough, Harding faced her career downfalll when she was stripped of all her titles in figure skating. That was soon after legal investigations had revealed her involvement in the attack. She was also blocked from joining any further competition the US Figure Skating Association organized.

What Tonya Harding Regrets Most About the Harding-Kerrigan Scandal - Video Credit: The Oprah Winfrey Show (OWN) via YouTube

However, up until this point, Harding still maintains her innocence on the plot. In an interview with Oprah Winfrey, she neither mentioned nor hinted otherwise. In fact, many people still see her unremorseful towards what had happened. However, when Harding was asked by Oprah what would be her message had Kerrigan was in the same room with them, she said:

If she'd let me, I'd love to give her a hug, and just you know, tell her how proud I am of her, being able to go forward with her life... Congratulations on her children... She's moved on, I've moved on. It's part of the history that would always be with us."

Meanwhile, in another interview, Kerrigan even admitted that she never received any direct apology from her since the attack happened.

4. Margot Robbie did not know the movie is true-to-life until she finished reading the script.

In an interview Robbie did for SAG-AFTRA Foundation, she told moderator Jenelle Riley of Variety that it was only later in the process that she discovered they were making a real biopic. Upon knowing it, she flew to meet Harding personally in her place in Oregon. In a separate interview, she mentioned how sweet Harding was when they met. The latter even gave her a training advice to physically keep her up with all her skating scenes.

Robbie trained for about three months under the supervision of coach Sarah Kawahara. She trained with her two other doubles who did the more difficult skating scenes (primarily involving big jumps, spins, and footwork).

Though I was emotional watching the film, I'd like to give a thumbs up to the entire cast and crew of I, Tonya. Clearly, the movie had received both positive critical and popular response. I can say that the film was cleverly made.

It is very saddening to witness horrible cases where women are pitted against each other. Whoever emerges victorious in the competition, in reality nobody really wins the situation. Just like in the story of Tonya Harding and Nancy Kerrigan, where the competition was not really just about competition.

I don't and will never romanticize Harding's decisions in life. Be it she really was part of the horrible act against Kerrigan or not, the damage could never be reversed. That's not only on Kerrigan, but on herself and her own career as well.

However, it is not right to completely put the blame on her. Somehow, I felt sympathetic towards her and the life she had lived. Growing up in a miserable home with an abusive mother could really destroy any individual's future ahead.

How I wish everyone values feminism and women empowerment in their truest meaning. Had it been this way, things like this could be prevented from happening. As for the movie I, Tonya, I still believe it as a film supporting women empowerment with the opportunity given to Harding be heard, once and for all. Do you think Nancy Kerrigan should do her own biopic as well? Just Kidding!

Thank you for reading my blog. For more of my works, just click on the link below: