4 Reasons Why You Should Fall in Love with an Artist

Have you ever fallen in love with an artist of any kind? Or are you curious what it's like to love one? Well I'll give you four reasons why falling for and loving an artist is cool!

But first let us define what an artist is. There are many different kinds of artists by the way. An artist can be anyone from the poet in your high school and college days, that geeky comic/cartoonist artist friend, the guy who always makes awesome video blogs (vlogs) of the places they go to or that singer at a corner cafe/restaurant. Whatever they do, as long as it is in the creative field, well then you're in for a ride when you get in a relationship with one! 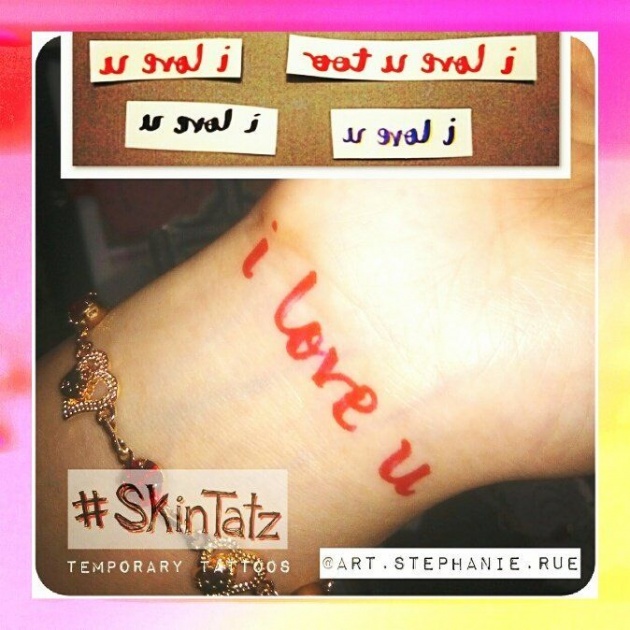 You see if you fall in love with an artist and they fall for you too, you will be a very lucky person indeed. You may be forever etched in history as the reason a certain art/story existed. You might as well be the center of  the universe being the inspiration of everything the artist does. Why? Well here are some of the reasons it is best to fall in love with an artist.

The first thing that came to mind is Edgar Allan Poe's Annabel Lee. We read the poem in grade school and although it is tragic, we read it to study the structure and not the meaning of it. In my  young impressionable mind though, this tragic poem kinda stuck like glue after memorizing  it over and over for recitation. Lol. 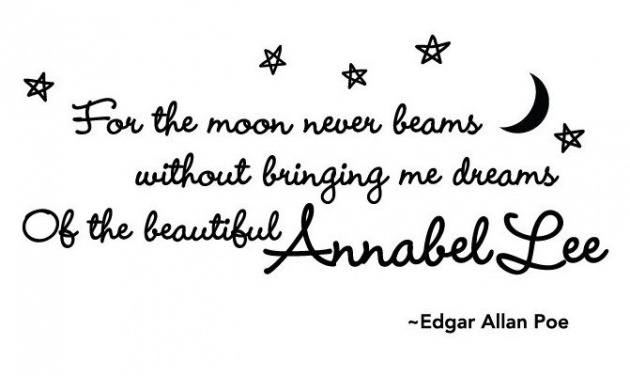 According to the Wikipedia article, there's no clear indication that this poem was indeed made for his deceased wife when he wrote it, but it's probably dedicated to her as implied by his works so let's just leave it at that.

I did write several poems about love too, or inspired by my puppy loves, as a pre-teen and teenager. But hey, I mean, who didn't? Lol. Even Babs wrote a poem to someone about stars and such. ("Babs" is what I call my latest would-have-been significant other, and also my male art muse. *siiigh*) 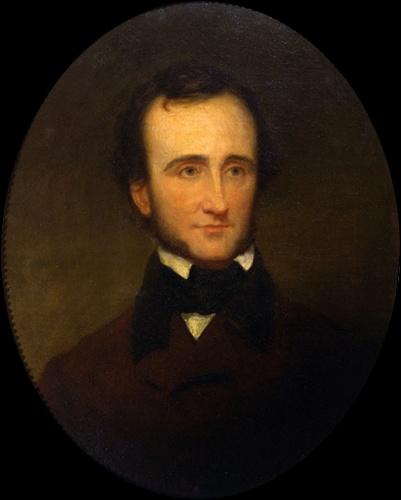 As for any popular or known story inspired from a real love life or heartbreak, nothing comes to mind right now. Maybe you know of a book based on an author's personal love story? Do share in the comments. :D

You know why Taylor Swift is popular right? Well aside from having had "numerous" boyfriends, she also writes and sings songs about them after they break up.

Talk about the best way of moving on from a relationship eh? You go Taytay! But maybe she's just passive aggressive like what someone said I was a decade or so ago.

She's just the perfect example of an artist writing songs about someone but unfortunately it's when everything is over. Not sure if songs she wrote when together with a boyfriend is as popular as her breakup songs. :P

On another note, back in 2009-2010 The Man Who Can't Be Moved became a popular song. I really thought it was a song that came about because of the lead singer or their band member's heartbreak. It also came at a perfect time then because I thought my heart broke for the first time. Haha.

Anyway, unfortunately my research about the song turned up otherwise. That particular The Script album was generally meant to stand/speak for the pain of losing a loved one (who died). But even if that's the case, I'm sure lots of people wrote and sang songs while in love and after breaking up with their former bf/gf's.

Oh, on a more recent note, Miley Cyrus' new song Malibu is supposedly a song about Liam Hemsworth and her time together in Malibu. She's definitely finally toned down. Ah yes, artists write and sing songs about people they love.

Well, Mona Lisa wasn't made because Leonardo da Vinci loved her that's for sure, but there's a Greek myth about a statue that came to life because the artist fell in love with it. Wait, those two are not part of the topic. Lol.

Personally, I made Babs a birthday caricature because, well, he had a special place in my heart at the time,  or maybe just in my mind. (Or perhaps I was just guilty of something? Haha.) So of course that caricature of him will always be a reminder of him in the past. 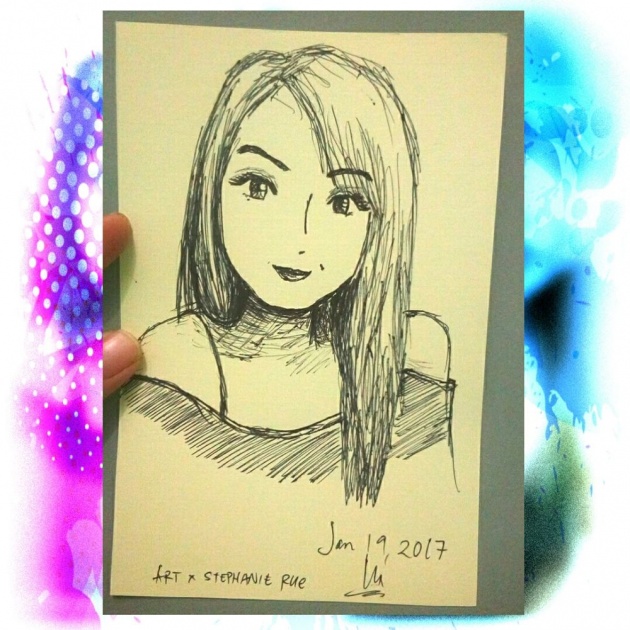 Other people have to pay artists to do paintings of their loved ones but we visual artists can create art for our loved ones without asking for any payment in return. That's love - albeit perhaps the unconditional kind.

Famous artists of old and new have of course painted or artistically photographed their lovers at one point or another in their life. It would be such a waste if they didn't. The world would be such a dull place if they hadn't eh? It should be flattering to be an inspiration of a featured artwork of any artist, what more if the person is a famous one.

A Woman bathing in a Stream by Rembrandt Harmensz. van Rijn (Rembrandt's painting of a lover) 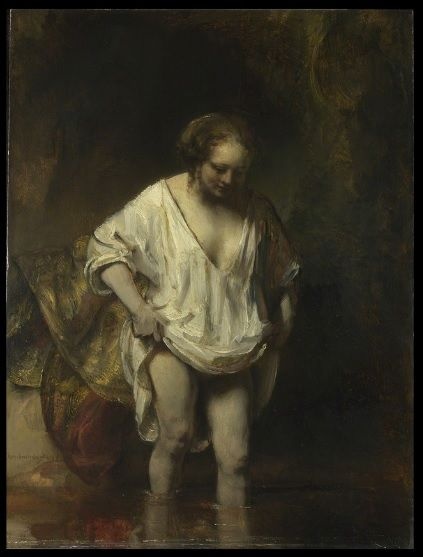 (Photo credit: my screencap via artsy.net)

Imagine, you can be visually immortalized, with your image being handed down until the very last generation! Wouldn't that be cool? :)

If you're still not convinced why it's great to fall in love with an artist, maybe the next one will.

Have you ever made a home video of your significant other? Compiled/edited videos you took of her/him using just your smartphone or digicam for a certain occasion? Yes? No? Well how about making a movie out of your past relationships? Let's skip the TV shows/music videos and read about two examples of those who did movies inspired by their romantic experiences.

Are you familiar with the movie 500 Days of Summer? It's kind of a cult classic romantic comedy Hollywood film already. Check out the trailer below.

I read or watched somewhere that it's a movie inspired by the screenwriter's failed relationships. And yep, it said so on Wikipedia.

Isn't it cool when a video is made because they want to preserve the memories? Even if it's all in the past, it's still nice to know you made an impression in an artist's life, enough to even create a home video or a film out of it.

Locally, the best and most recent Filipino movie example I can think of is Sakaling Di Makarating. The translated movie title is In Case They Don't Arrive, but for me I think it's better translated as, "In Case I Can't/Don't Make It", but heck I haven't seen the movie yet so meh with the translation. 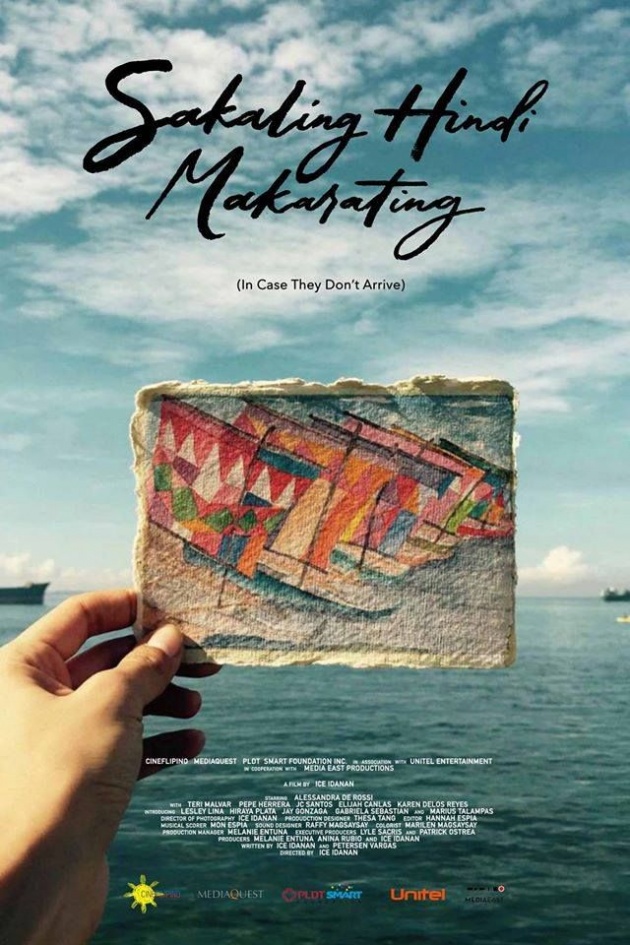 According to some online articles and videos I watched, around the time the movie was conceptualized, the writer-director-cinematographer Ice Idanan just came from an 8 year relationship that ended abruptly. Of course the script had to undergo several revisions and she had to go through a lot before the film got made. Whew. Kudos to her!

So now, after reading everything, you should go find an artist somewhere and see if you make a good impression. Lol. What kind of movie would you like them to make about you? Let's hope the movie/video they make after or during the experience won't be a horror/thriller film.

P.S. Here's a short Querlo chat box to know the kind of movies and TV shows you like.