For the first time in all my years of existence, last April I got really drunk to the point that I don't remember most parts of what happened afterwards. The reason? Mild Dehydration.

In my mind, the bar's bottled water was so expensive and unreasonably priced that I never thought of buying any. I would never buy something that's 16 or 17 times the original price! Who does that? Even if it was a rave party I still didn't want to pay too much for the water, I was okay with the free liquor and ice we got though.

Apparently, aside from the filthy rich, the high to middle class people and those who are wanting to experience some fun in an upscale place would pay for expensive water. Call me a cheapskate or whatever I don't care. If you have the money go spend it, it's your money after all. But do it in moderation. Look at Johnny Depp. Do you know that he's in financial trouble recently? He earns a lot but also spends a lot. Now he's probably almost bankrupt. Suing people here and there too! Who knows if he's still really rich?

I'm just saying if you wanna spend too much money on water then do it. I won't, so I paid the price by being super drunk that night. Lol. So much for having a "new night life."

Anyway,  with all the popular media showing people going inside bars to drink and forget or just to have fun, it's a wonder why the depressed grow even more depressed afterwards. Would spending your supposed hard earned money away on expensive drinks all the time really help with the problem you have? I don't think so.

Why don't you go to a convenience store, buy some alcoholic beverage and drink with your friends or on your own to your hearts content. Drinking with friends can sometimes help because you get to talk about your problems or issues. Or no, you get to complain about your issues but it doesn't resolve anything if you don't do anything about it. Maybe you can ask advice and such but who can resolve an issue by initially talking to other people instead of the person involved? That's just plain complaining.

Yes I'm ranting but I'm blogging too. Lol. Why don't I just get to the point eh? Alcohol consumption eventually causes bodily dysfunction in areas of the body, mainly the brain and the liver.  If your night life consists of partying AND drinking too much well we've got a problem.

Why is getting drunk still being done if it would make us sick eventually? It may be fun while you do it but it's not fun when you get a liver disease in the future.

1. Too much alcohol can give you alcoholic amnesia.

Remember The Hangover movie trilogy? Four guy friends wake up and find out they don't remember stuff they did the night before. It's funny if you've never experienced not remembering anything because of drinking too much alcohol but wow, when I've finally experienced the legendary blackout, I now actually kind of think it's scary. What's scarier is when it happens when you least expect it.

According to Wikipedia, the blackout I experienced was actually a brownout because I could recall parts of what happened while severely intoxicated but not all of it. How's that for short term amnesia? Tsk.

So boys and girls, be careful when you drink too much alcohol but not enough water. Always drink in moderation and be sure to hydrate or drink lots of water while consuming alcohol.

2. Alcohol intoxication, or getting drunk, is actually poisoning from alcohol.

Did you know, drinking too much liquor in a short period of time can actually make you go into a coma? Drinking more than you should can also give you diseases like fatty liver, alcoholic hepatitis and cirrhosis. Doesn't seem like a good idea to get drunk now does it? Lol.

Your liver processes and detoxifies the alcohol in your blood but if alcohol consumption is faster than the liver metabolizing the alcohol then you're surely gonna get drunk. That's why alcoholic people are the most prone to have liver diseases.

A friend passed away due to fatty liver some years ago. Not sure if he became a heavy drinker near the end of his life but it was really sad to hear about it. I didn't know what caused it then but I know now that it's possible to have that illness through too much alcohol consumption.

3. Alcohol has different effects on men and women.

In men, alcohol inhibits testosterone production. Plus, beer hop has estrogen so beer increases female hormones in men. Lol. So guys, if you don't want to lower your testosterone level, don't drink too much beer (or liquor). :P

For women, alcohol is processed at a slower rate because of having more fat, lower enzyme count and hormonal changes as compared to men. This makes females more susceptible to getting drunk faster than men. It also makes polycystic ovary syndrome (PCOS) much worse due to insulin and female hormone issues.

Well hey, don't we all turn to the bottles when we have problems? Even hanging out with our friends to drink and talk about life issues thus making us think alcohol helps us even if it doesn't. A study done back in 2007  states that people who are depressed drink more than those who aren't down in the dumps. So if you're always drinking, it means you're depressed or maybe you're trying to escape a problem instead of resolving it.

Don't you know that alcoholic beverages are downers? Personally, when I drink beer I get sleepy and less hyped up as opposed to other alcoholic drinks. This means, if you drink alcohol, the tendency is you get more depressed than before. That's why they say it can become a vicious cycle if you drink because of depression. 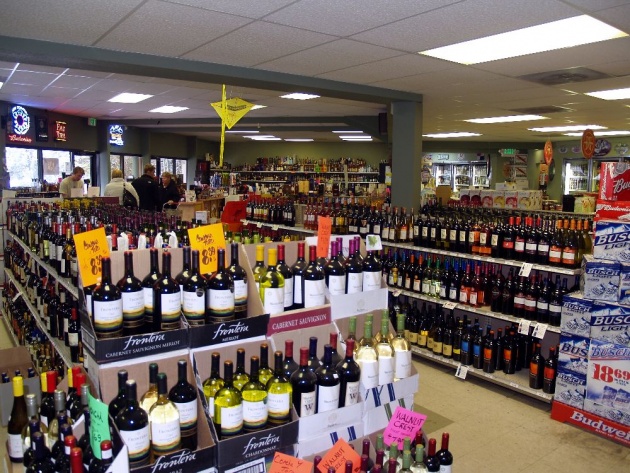 Now that we know more about alcohol consumption effects, maybe we should drink less of it than usual. Let's not wait to get sick before we stop drinking too much. :)