5-Superman:He is in this place because, presents him as an omnipotent being, who can do everything, but I love the work they are doing with the new 52.
He is a Kryptonian that when the time end their planet, his parents sent to earth to get it adopted by the Kents and raised on a farm is Smallville and tries to live as a "normal" kid.
Among its powers are the flight, super-strength, super-speed, invulnerability and X-ray vision.

4-Animal-Man (Bernhard "Buddy Baker): He gets his powers when a spaceship that exploded was found, which infused the radiation.
Buddy has the powers of animals, which makes any skill can acquire an animal or even extinct animals.

3-Green Lantern (Kyle Rayner): After Hal Jordan, devastated by the destruction of his hometown, Coast City, was caught up in the madness to the extent of murdering members of the Green Lantern Corps and the Guardians of the Universe under the influence of Parallax, Rayner was found by the last survivor, the Guardian called Ganthet.
She was given the last ring of green power that would allow avert any form of matter or energy through sheer force of will.
It has been owned by the same Ion and Parallax.

2-Aquaman: Arthur Curry, is the son of a human lighthouse keeper named Tom Curry and his mother Atlanna, a pariah in the lost continent of Atlantis. Because of this heritage, Aquaman soon discovered he was a young man who had several aquatic skills, including the ability to survive underwater, communicate with marine life and huge swimming skills.

1-Martian Manhunter: J'onn J'onzz was alien from Mars coming to Earth for a teleportation experiment. The astonishment at this encounter kills Dr. Erdel and leaves J'onn no way to return home. He decides to fight crime waiting to Mars technology to advance to a stage that allows the rescue. Adopts the identity of John Jones, a detective in the city of Apex.
Detective Marciano has X-ray vision also has the power to change shape, can alter the chemical composition of your body to mimic various materials such as steel or stone, J'onn can become invisible and is also able to become intangible pass harmlessly through solid objects, He is a powerful telepath, able to perceive both the thoughts of others and to project their own thoughts, has demonstrated capacity for regeneration, also he is able to breathe underwater and apart from his superhuman powers, the Detective is also a very skilled and capable detective. 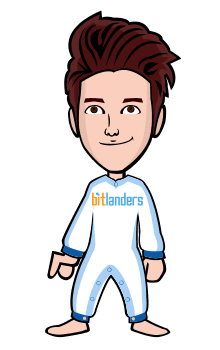