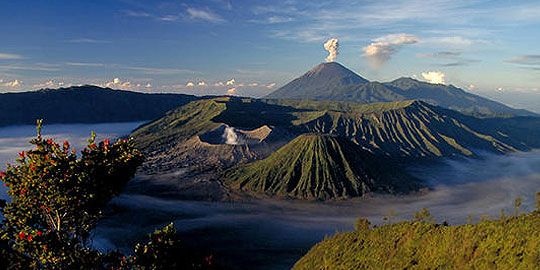 After the explosion of the movie "5cm", Mount Semeru becoming increasingly crowded destination for climbers. Not only the climbers, even ordinary tourists flocked to climb this mountain. Exposure panorama of Mount Semeru in the film was indeed invited tremendous appeal. Lo probably one ever wandering up to the beauty of this mountain peak, known as Mahameru.

No need to doubt, Sumeru mountain is supercool. Many people already stunning beauty long before the movie was made. Mount Semeru has a height of 3,676 meters above sea level and is the highest volcano in Java. In addition to presenting the beauty of nature, Semeru store various occult mysteries. Cook, anyway? What aja ya, Good Friends?

Lost in Mystery
The most general prohibition on any climbing is forbidden to say dirty and unacceptable behavior like cutting or damaging the plants. If the guard and break, Lo will be lost, like spinning in circles full of mystery. At Mount Semeru, these events often occur.

In addition, according to Search and Rescue (SAR) Lumajang, many climbers were lost because they were always alone, left behind from the group, or be the next to leave the group. So, if Lo went berame-do, Do not act his own way deh. It is said that the peak Mahameru believed to be a sacred place, precisely the palace of the gods. Residents who live on the slopes of Mount Semeru believe the spirits of the gods are still loyal guard Mahameru.
2 Mystery Arcopodo
This is the most famous mysteries in Semeru. After the forest, there is a plain field which is believed to save the mystery Arcopodo, which means twin statues. In Mahameru legend, is told that in these places there are two statues that stand twin. Its founder was a warrior from the Majapahit kingdom era.

But Good Friends, where the statue can not be seen by anyone. Only people who have a "surplus" that can specifically determine the existence of the twin statues. And who saw it were, each one has its own different versions of the twin-related form of statues. Some say that the statue was a small child. But there are also those who say that the statue was a giant that could be seen from far away. Arcopodo plains this is the end of the climb before heading Mahameru peak.

2.Kesurupan
Many trance events that have occurred in the area Kelik. In this area there are often events climber who fell, lost, or lost. Some stone marker in memoriam installed there. There are climbers who possessed such an animal, there is also claimed that certain creatures 'entry' into the body of climber who possessed it.

Goldfish Mystery Ranu Kumbolo
Ranu Kumbolo carp are not known origins. According to locals, the fish is the incarnation of Goddess Watcher ladies Kumbolo Ranu. Do not attempt to catch or fishing these fish if Lo does not want to see the strange events.

5.Mbah Dipo
Dipo similar Mbah Mbah Maridjan, 'caretaker' of Mount Merapi. Mbah Dipo lived in the hamlet Room A, the area that is highly vulnerable if Semeru actually erupted and lava hot issue. Only Mbah this Dipo can catch the signs. But unfortunately, there's no longer the caretaker Dipo Semeru because Grandma had passed away a few years ago. If Semeru actually erupted, it is said, only one message Mbah Dipo: Never run in the direction of the village of Mount Sawur but fled towards the direction of the river. Obviously no one has understood his meaning because thankfully still safe Semeru wrote.

Well yes Ko exciting story. All mysteries that will not make Lo discouraged to Mount Semeru, right? The beauty of Mount Semeru extraordinary mystery that makes many people continue to come there. There are other mysteries Lo version, not? 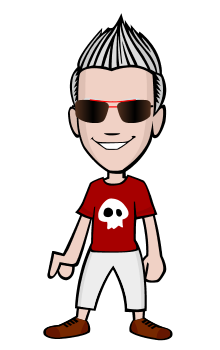 I writer Blog and , i can have money