There's no mistaking the smell of cigarette smoke, and it's not one many people describe favorably.

Steven Schroeder, MD, director of the Smoking Cessation Leadership Center at the University of California at San Francisco, says that smokers are commonly self-conscious about the smell of smoke on their clothes and in their hair. And the smell of their breath is one of particular sensitivity to most smokers.

"Some of the media campaigns have compared kissing a smoker to licking an ashtray," Schroeder says. Enough said.

2. Sense of smell and taste

Smelling like an ashtray isn't the only impact smoking has on the nose. Smokers also experience a dulling of their senses; smell and taste in particular take a hit when you smoke.

Smokers can't appreciate the taste of many foods as intensely as they did before smoking, but it's really the loss of the sense of smell that diminishes the ability to taste, notes Andrew Spielman, DMD, PhD, associate dean for academic affairs and professor of basic science and craniofacial biology at the NYU School of Dentistry. Breathing in the hot fumes of cigarette smoke is toxic to the senses.

"One of the chief and significant causes of premature aging of the face is smoking," Fiore says. Skin changes, like leathery skin and deep wrinkling, are more likely in people who are regular smokers. According to the American Academy of Dermatology, smoking leads to biochemical changes in the body that speed the aging process. For example, smoking deprives the living skin tissue of oxygen by causing constriction of the blood vessels. As a result, blood doesn't get to your organs as easily, and that includes the skin.

Schroeder cites a study published in The New England Journal of Medicine in 2008, which looked at the dynamics of smoking in large social networks as a part of the Framingham Heart Study. The study, which took place during the period between 1971 and 2003, examined smoking behavior and the extent to which groups of widely connected people have an affect on quitting. One of the findings was that smokers have increasingly moved to the fringes of social networks. "Smokers have become marginalized," Schroeder says.

If smoking generally adds a hurdle to finding a new partner, impotence sure doesn't help. Yet smoking increases the chances of impotence dramatically for men by affecting blood vessels, including those that must dilate in order for an erection to occur.

"It's been said in the scientific literature that one of the most powerful messages to teenage boys is that not only does it make you smell like an ashtray and no one wants to kiss a smoker, but it can cause impotence or impact your erections. It's a message that is frequently used to motivate adolescent boys to step away from cigarettes," Fiore says. 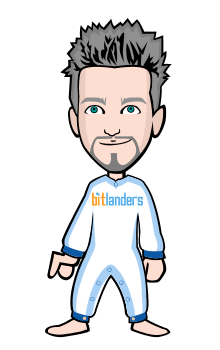