5 Tricks of the Mind You Need to Master... Click Here To Read MOre... 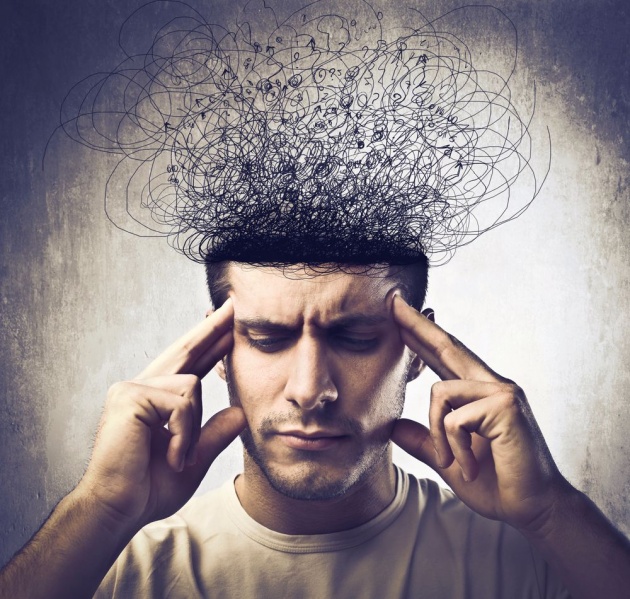 Our mind plays tricks on us all the time. Unfortunately, advertisers, co-workers, friends, and family around us exploit those common tricks daily. Our minds are so mischievous that we can’t really be sure that anything is the way we see it. What I have learned from my research is that our mind acts in ways that would have helped us with survival at one point. And perhaps these mind tricks still help at times, but often they are now a liability.

Here are common tricks that our brains play on us, and how we can avoid their dangers and exploit their benefits:

The human ability to plan for the future is a very important part of what makes us so successful in our ability to live and thrive. Being able to plan involves making predictions about what will happen in the future, which allows us to acting accordingly. The drawback to this skill is that we sometimes let it run away with itself and see a future that causes us to be afraid.

Fear is a powerful motivator and a great tool if we are in danger, but it can plague us in modern times, when dangers aren’t so obvious and the solution to them isn’t as simple as fight or flee. In Seneca’s words, we suffer more often in imagination than in reality. If you need to approach a difficult situation, use fear as a fuel for motivation. Channel it, rather than letting it paralyze you.

When we are faced with the question, ‘Who am I?’ many people listen to the thoughts in their heads; the internal narrative they hear in their daily lives. However, when you recognize that voice as just thoughts, you realize that there is some other form of consciousness that is observing those thoughts. The discipline of metacognition can be called ‘thinking about thinking’, or ‘knowing about knowing’. Simply put, it allows us to realize that our thoughts aren’t set in stone and can be altered by other thoughts.

If we were to observe a person on the street who says everything that goes through their head, most of us label them as mentally unhinged. However, the same thing goes on in our heads when we let our thoughts carry on unchecked. The fact that we can change our thoughts by thinking about them is the basis for Cognitive Behavioral Therapy and one of the arguments for a more spiritual aspect to humanity, or some form of larger consciousness. Thinking about your thoughts can change your thought patterns and your behavior.

Routine has been called the crutch of the mind, and that is entirely true. The remark is often made as an insult and a reason to break routine; but acting unpredictably and without routine on a daily basis would be absolutely exhausting. Habit formation is in no way unique to humans, as Pavlov’s dogs would argue, but our ability to cultivate good habits is something we can learn, once we’ve gone through the (above) process of thinking about how we act and think. Creating a ‘routine’ to frequently exercise, or to express love to a spouse, or to work without distraction, is one of the benefits of having a reprogrammable mind.

4. Winter is coming. Time to hibernate.

When winter starts to approach, our bodies are programmed to conserve energy by eating more or exercising less. This is a natural response when you are in a low-food or temperature environment, but one that is no longer necessary if you are have adequate food and heat. You will feel more tired and hungry than you have any right to be, and your body will try to store fat when it can. Don’t let it. This is one of those tricks of the mind that can’t really be used usefully, only overcome.

5. My reality is not your reality.

Studies by Loftus and Palmer showed that eyewitnesses to car accidents can be incredibly far off the mark when estimating the speed of the vehicles and they can be influenced by the words used when they are asked questions. When it comes to street fights, baffled police frequently come across two people who are convinced that the other person threw the first punch, and neither appears to be lying.

Our minds are able to restructure our memories of an event to make us appear like the good guy, even if we weren’t. And the opposite – anybody trying to introduce themselves to somebody attractive has probably experienced ‘approach anxiety’, where any small comment or gesture becomes a hurtful insult. The positive aspect here is that we can retrain ourselves to see the good in situations instead. The wildly optimistic person may be a bit unrealistic, but it’s hard not to envy him.