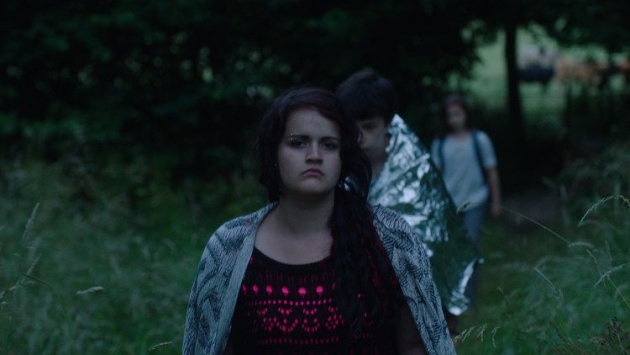 It is almost two years since self-taught photographer and filmmaker Esther May Campbell (born 1972) debuted her film Light Years at the Venice Film Festival (2015), one year since it was released in UK cinemas (September 2016) and a couple of days ago since I caught up with it at the Flagey Arts Venue in Brussels, Belgium. It is a British film that bravely and boldly applies a metaphor to a dramatic situation. The image that we see of the sun is not an accurate reflection of its current state. We see the sun, or any number of stars in the sky, as they existed before their image travelled for years through space to be perceived by us. We see that past image without being able to know what the true state of the sun is. It could be dead or dying. All we have, to guide us at sea, to light up the night, is the image of stars that may be gone forever.

Campbell applies this profundity to the lives of a family afflicted by mental illness. Moira (singer-songwriter Beth Orton) is in a care home. Her three children, Rose (Zamira Fuller), Ewan (James Stuckey) and punky teen Ramona (Sophie Burton) are left to fend for themselves as their father Dee (Muhammat Uzuner) retreats into his work at an arborium. In one striking image, he sits silently, his back to us, surrounded by fluttering butterflies, a representation of the evolutionary miracle that Dee and his family must at some level hope for.

The ‘day in a life’ narrative is driven by Rose, who has been promised (we assume) a visit to her mother. Dee goes to work as normal, leaving Rose behind. Rose sets off for the care home. There are three other characters: Levi (Mickey Morris), a boy Rose’s age who says he’s in love with her and shows us what he will do for her, bringing her adopted pet rat back to life. There is also the boy in Ramona’s head, who kisses her as a train zooms past. Then, finally, there is a strange old man who wanders around with his shirt off. He clambers around the outside of the house (there is a scaffolding) and is mostly seen by Ewan.

Traditional notions of drama are disregarded by Campbell. At no point is Dee held to account for his absentee parenting. Rose is allowed to take Moira out to the beach and Moira talks of giving her young daughter beer, seeing perhaps an older person in her, a kindred spirit - a reflection of herself.

It took me some time to clock that the trio were siblings. Ramona comes across as a truly lackadaisical child minder, the sort who hasn’t been paid for months but who turns up out of hope. She shares none of her younger sister’s concern for their mother but is instead absorbed by the boy in her head, who may exist, or not. At one point, Levi asks whether he (the boy in Ramona’s head) raped her – a conversation as inappropriate as Moira suggesting she and Rose go for a beer, and it must be said, slightly more shocking. 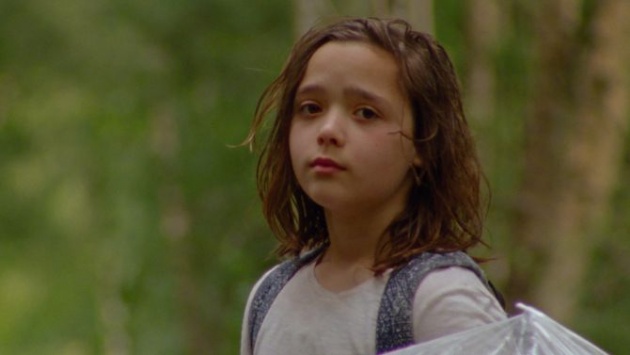 Pictured: Rose (Zamira Fuller), a young girl who just wants to visit her mum, in the British drama, Light Years, written and directed by Esther May Campbell. Still courtresy of Third Films

Rose wants her mother to come home, but then in a scene that is the only moment of true drama, Moira explodes and hits her. She doesn’t see the child in front of her - doesn’t check her anger. Such a homecoming is impossible.

The dialogue is stilted, one suspects intentionally so. Levi gives Ewan a lift on his bicycle and then says he can go no further – ‘I have limits’. There is no naturalistic reason why Levi couldn’t continue. Rather he wants to be absent, to be spoken about to Rose (he wants her to know he saved her rat) and that, we presume, would bring Rose to her. Similarly, Dee’s co-worker lies to Ramona about her father’s whereabouts and talks about his devotion to his work (‘he’s good at it’). We know the co-worker is behaving irresponsibly: why should he lie? Perhaps he knows that such a conversation between father and daughter would be pointless.

Light Years is fundamentally about presence and absence, about the unreachable. Physical appearance is no indicator of a person’s true state. Rose sees her mother being undressed like a child – only we see the naked torso of an adult woman and are shocked by this on Rose’s behalf. Our overwhelming feeling as the film ends as that we want the characters to connect; they are utterly incapable of doing so. It is a statement of emotional truth. The act of contemplation continues after the light of the film has ceased to be projected. Campbell may make better films but she will never have a better metaphor.