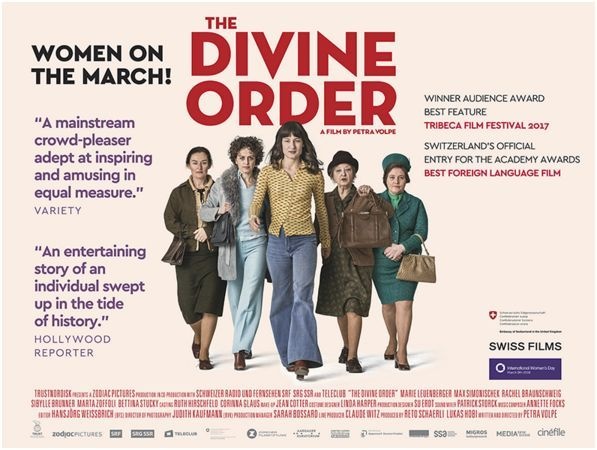 Why in Switzerland did it take so long?

The country had something called direct democracy, which is to say, that if you pass a law and people weren’t very happy about it, you could amass 50,000 signatures and compel a referendum. The people – that is, up until 1971, your blokes, could stop bad things from happening. They could also stop good things from happening - like votes for women.

Direct democracy took place at the local level in districts known as cantons. In the United Kingdom, we have boroughs and counties; in Belgium they have communes. If the population in a canton voted against something, it didn’t become law. Whilst in most of Switzerland, women got the vote in 1971, in the canton of Appenzell Ausserrhoden, women didn’t get the vote until 1989; in canton Appenzell Innerhoden, the men resisted completely until in 1990 the Supreme Swiss Court forced every canton to comply with an Equal Rights Amendment that was on the statute books.

A referendum in Switzerland to give women the right to vote was defeated in 1959 by 67% against, 33% for. In 1971, after revolutions had taken place in Europe, those figures were virtually reversed – 66% for, 34% against. Why the change? Unlike other European countries, Switzerland was neutral during World War Two. Its young men weren’t conscripted to fight and women stayed, as the saying goes, in the kitchen. But in the 1959, one canton, Vaud, voted to extend women the right to vote at the local level. The door was ajar. Elsewhere in the country, green ribbons were worn advocating ‘votes for women’. Change was affected. It took until 1985, for the legal right over women, whether they could vote, or where they lived, to be taken away from their husbands. True equality is barely thirty years old in an otherwise prosperous country. 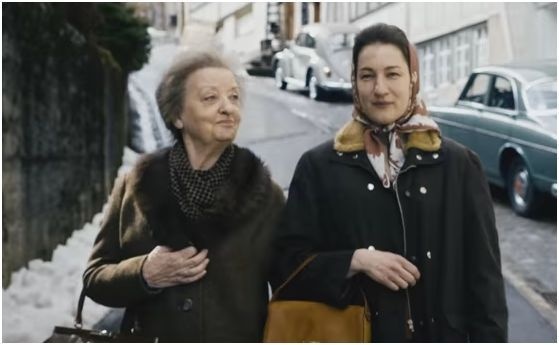 Swiss writer-director Petra Volpe’s film, Die Göttliche Ordnung (The Divine Order) conflates the two issues – the right to vote and the right to have control over one’s affairs in Switzerland. It tells the story of Nora (Marie Leuenberger), a young housewife and mother, who becomes stirred to action when her niece, Hanna (Ella Rumpf, known to international audiences from Julia Ducournau’s horror flick, Raw) starts dating a long-haired, motorcycle riding wastrel and is institutionalised as a result. Nora’s sister in law, Therese (Rachel Braunschweig) cannot prevent her unhappy farmer husband, Werner (Nicholas Ofczarek) from ordering her to be locked away. When during a village gathering, Nora is asked to contribute to a fund to prevent women from being given the vote by her husband’s employer, Ms Wipf (Therese Affolter), she refuses. She finds an unexpected ally in Vroni (Sibylle Brunner), an old woman living with her daughter, who lost her job running a bar after her late husband drove the business into the ground with his gambling and drinking. Vroni and Nora book out the local hall for a meeting to advocate the vote for women and team up with Graziella (Marta Zoffoli), a German speaking Italian woman who took over Vroni’s former bar. Before long, Nora is treated to strong Italian coffee (tentative sip), then a hairdo, then finds herself travelling to Zurich to take part in a protest. Her real beef is that her newly-promoted husband, Hans (Max Simonischek) won’t allow her to apply for a job for the travel company, Suomi. Now that her sons are growing up, she wants something for herself. Hans sagt „nein.“

Pictured: Looking at the world, Nora (Marie Leuenberger) and her two sleepy sons in 'The Divine Order' a film about the struggle to obtain the right to vote written and directed by Petra Volpe. Still courtesy of Zeitgeist Films/Cinefile/Swiss Films/Trust Nordisk

Volpe’s film is terrifically entertaining in a generic way. It owes a little to Aristophanes’ play Lysistrata. After the men ridicule women for wanting the right to vote, they go on strike, leaving the men to cook their meals and look after the children. Hans is furious with his wife but after serving eggs for dinner, he feels inspired to go to the kitchen and prepare an apple pie. He would have finished it too if a group of men hadn’t banged on his door telling him to do something. Nora’s sons also bear the brunt of their mother’s action. However, a much higher cost is paid by Vroni, after the strike is challenged.

The most enjoyable sequence has Nora and Vroni travel to Zurich to take part in a march through the city. They end up attending a women’s meeting hosted by a Swedish woman who invites each woman to get to know their own vagina. They are encouraged to identify them from a gallery. There are apparently nine different types; Nora’s is a tiger. Nora, of course, has not had an orgasm and learns something about the possibility of sexual pleasure through the attempt to secure the vote.

The film also debates the extent to which women need men. Graziella has a sentimental attachment to her man but Nora’s relationship to Hans is more complex. If she cannot change his mind, can they really stay together?

Hans defends Nora’s honour at work and gets into a fight. The real battle is between Therese and Werner. Because of her husband, Therese was disowned by her daughter. She wants to make amends.

Pictured: Me Boo Hoo! A group of complaining men in 'The Divine Order', a Swiss film written and directed by Petra Volpe. Still courtesy of Zeitgeist Films/Cinefile/Swiss Films/Trust Nordisk

The big climax takes place as the women watch men place their votes. They can do no more. Here, though, is the film’s disappointment: it does not really explain the final vote, why the men voted the way they did. Indeed, the film can’t possibly represent the perspective of several hundred thousand men through a small village.

The title is ironic. There is no ‘divine order’ that decrees that men should exercise absolute control over women. In the end, Nora’s appreciation of her own body and its part in her own sexual gratification leads to a happy ending. We never find out too much about the kid on a motorcycle – a McGuffin with a crash helmet. But that doesn’t diminish the feel good factor of the outcome and Aretha Franklin belting ‘Respect’ over the end credits.

Reviewed on a screener, Sunday 11 February 2018 - courtesy of Cinefile/Trust Nordisk