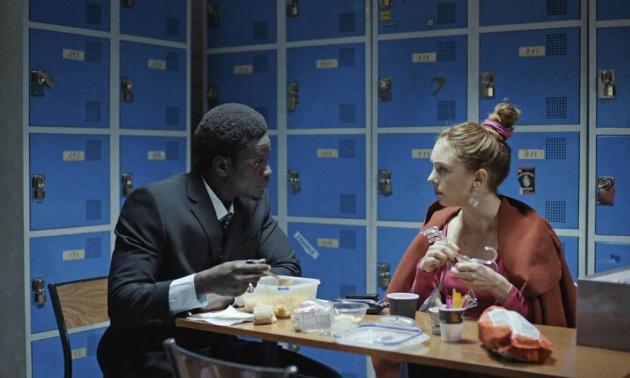 What must it be like to be an artist’s muse, whisked away to Mexico for ten years and then dumped without ceremony in your home city (say, Paris) for reasons that you refuse to accept? This is the question answered by Jeune Femme, the debut feature from French director Léonor Serraille. To be unequivocal, I loved this film, defined by its uncompromising, unlikeable, unexplained but compelling heroine, Paula Simonian, played with fierce commitment by Laetitia Dosch. It demonstrates why women’s films are different from men’s: why the woman’s point of view should be cultivated, why it should be marketable, accessible and influencing the direction of travel of humankind.

Paula is characterised in the film’s forceful opening scene by her anger. She literally bangs her head against her ex-boyfriend’s front door and splits it open – her head, not the door. She awakens to be examined by medical professionals who are reluctant to discharge her. She is a danger to herself and to others. Paula berates those assessing her, but the way she is framed by Serraille, she is berating us, the unprepared audience. In the end, she discharges herself, stealing another patient’s coat – red, the colour of anger, Paula’s defining characteristic. She revisits her boyfriend’s building, screaming at him through the intercom. Then, having elicited nothing but indifference steals his puffy white cat (Frisson) and goes to a party.

Well – not straight away. First, she wants to buy a single toilet roll from a corner shop; she is told they are not sold that way. She borrows a roll on the counter to fix her long ginger hair so part of it is swept horizontally across her forehead. As she does this, we see the bemused immigrant shop owner minding the cat. Paula takes the cat with her (in a box) and points to her hair: ‘who am I? Amy Winehouse!’ It is not a comparison that we would make ourselves. She finds a drink and a corner of the room. She has a conversation with an artist who she had met previously – he doesn’t remember her, or rather, we surmise, struck her from his memory. He makes paintings with the blood of those infected by AIDS – in my view, if the means of production need to be explained by a caption to inform an understanding of the artwork, they don’t count. He might just as well have used red paint. Paula dances wildly next to another man, appalling her friend Anne (Marie Rémond), who is pregnant. She fears contracting toxoplasmosis – the nasty parasite that appears in cat’s faeces after they kill an infected rodent, bird or other small animal. So, in typical fashion, Paula talks herself out of a bed for the night. She burns through sympathy like women on treadmills burn carbohydrates.

She turns up at the apartment of her dance partner, the man she boogied alongside at the party. He circles her like a gentle predator, like a cat. He puts his head on her lap and moves his hand towards her breast. Paula will have none of it. She leaves him too and ends up in a crummy hotel where the owner neither likes cats nor smoking.

Does Paula have some form of mental illness or is she just angry? It is genuinely hard to tell. She is certainly rejected by her mother (Nathalie Richard). ‘You are just like your father,’ she tells Paula after Paula has followed her to a cinema, ‘all you know is how to leave.’ Mother won’t have Paula back at the house. She has completely disowned her. 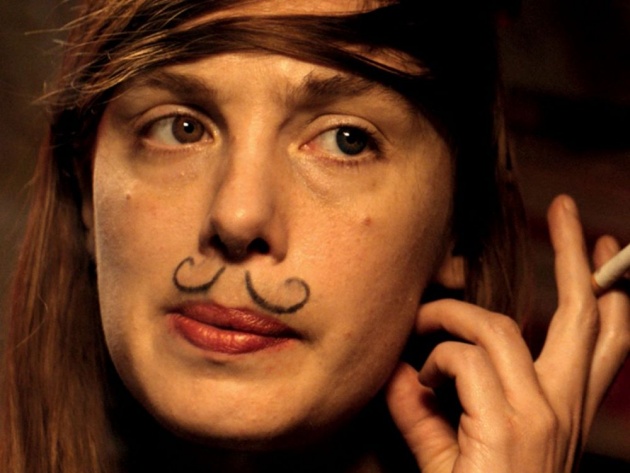 Paula’s luck changes when she is mistaken for ‘Princess Sarah’ by Yuki (Léonie Simaga) who buys her dinner, shares her music, and allows her to stay with her. Paula pretends to be Sarah because it seems impolite to correct Yuki. Like Paula, Sarah has heterochromia – two eyes that are different colours. Yuki asks why ‘Sarah’ won’t go back to Lyon. ‘I am hanging around in Paris for the promise of an apartment,’ she replies. She tells Yuki about her broken relationship. ‘Hey, now you’re single!’ Yuki declares. Paula pauses before responding, expressing the joy – the shared opinion – that Yuki expects. Although not a lesbian (like Yuki), she is a grateful house-guest. When Yuki leaves, Paula exposes herself through the window.

Though Yuki’s connection, Paula gets a job as a live-in nanny. She also gets a second job in a lingerie bar - this for a young woman who, according to her mother, has never worked in her life. There is a wonderful montage in which Paula relishes wearing a pink heart-shaped name badge and receiving instructions through a headset. It is as if she had just joined the secret service, albeit one in which she is required to pin up brassieres in a certain way and force certain brands on customers when others are out of stock.

The nanny job is more challenging. Paula, who sounded young on the phone, pretends to be a literature student to fit in. Young Lila (Lila-Rose Gilberti) doesn’t want to eat pancakes. To entice her, Paula flips one in the air and it falls on the floor. Lila finds Sarah, who has daubed Nutella on her face like war paint, genuinely scary. There is a telling gag when Paula tries to stir a bowl of pancake mix, but it doesn’t move. Gradually, Paula wins her over, taking her swimming and introducing her to candy floss, though she returns late with the worst looking goldfish; we take Lila’s mother’s word for it.

Paula makes friends with a security guard, Ousmane (Souleymane Seye Ndiaye), who at one point gives Lila a tour of the mall. As Lila’s mother disapproves of the cat, Paula asks Ousmane to look after it.

'I don't want to be immortal. I want to be mortal like everyone else' - Paula Simonian

At a certain point, Paula makes an unexpected discovery that brings her back into contact with her ex, fifty year-old photographer, Joachim Deloche (Grégoire Monsaingeon), who confronts her at the mall and asks her to his opening. We see his work early on when Paula sneaks into his apartment – on his laptop is the black and white iconic image of Paula giving the world the finger. (‘I don’t want to be immortal,’ Paula complains when she mentions that photograph, ‘I want to be mortal like everyone else.’) With him, Paula finally asserts herself, in a way that we don’t expect.

The film is full of carefully crafted but telling moments. My favourite occurs when Paula follows her mother into the ladies room. Paula is at the sink washing her hands, carrying on a conversation, but when a stall door opens, it isn’t Paula’s mother who stands next to her, but a young girl washing her hands. The girl briefly looks at Paula, and it is as if Paula’s younger self were looking at the 31 year old woman that Paula would become in a slightly disapproving way. Then as the girl leaves the bathroom, Paula’s mother appears. The scene prefigures Paula’s relationship with Lila. ‘I love children,’ she tells Lila’s mother, even though the bathroom scene adds to the ambiguity of that statement.

What we like most about Paula is that she tries and she has standards. We never fall in love with her but we appreciate her forthrightness. What I like most about Serraille’s filmmaking are the sudden bursts of poeticism. She does not introduce music on the soundtrack until the twenty minute mark and then we are treated to a montage of older faces on the Paris metro, before Paula is spotted by Yuki. The most poetic moment – somewhat outside the narrative – occurs when Serraille gives us footage of skaters filling the road by Opera, as if they had taken over the street. The scene represents the way cities through up incongruities - the unexpected spectacle. Paula, closing the windows out of which she smoked, is one such spectacle.