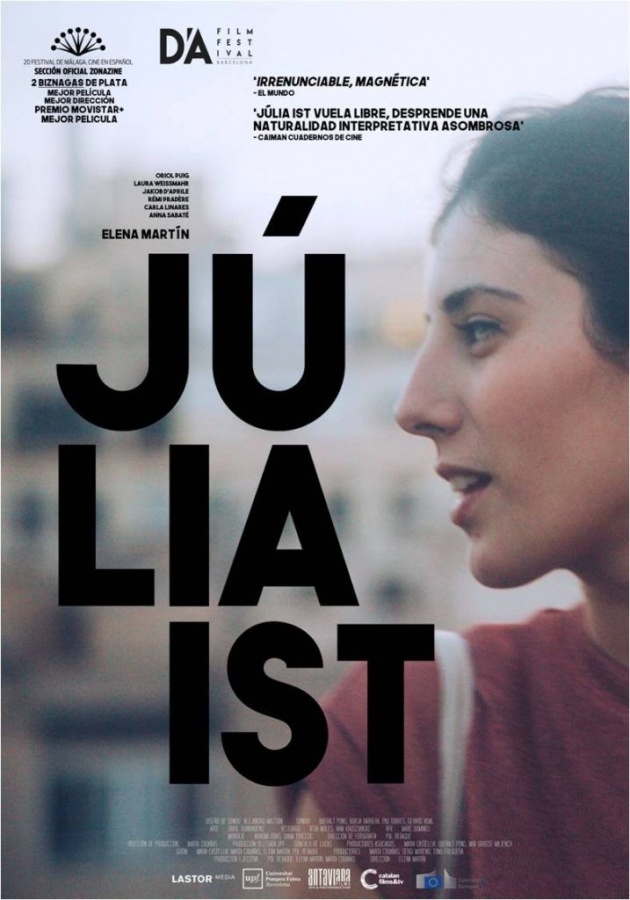 The experience of living abroad for the first time is captured beautifully if in an understated manner by Catalan writer-director-star Elena Martín in her feature debut, Júlia Ist, in which she plays the title role of a young architecture student moving to a foreign city.

When we first see Júlia, she is behind the wheel of a car being spoken to by a man, Jordi (Oriel Puig), whilst driving. ‘A new species of human was discovered in South Africa,’ he proposes. ‘Is it a true headline or a fake one?’ ‘Fake,’ replies Júlia, the camera never leaving her face. ‘True.’ Jordi offers another story. ‘A baby is left in an incubator by her parents, who then reject her. The baby was over-cooked.’ ‘Who cares?’ says Júlia. Jordi wants to spend as much time with her as possible. He is literally counting the seconds. After a while he buries his head in her lap. She is ‘going so far away, to the other side of the world’. Jordi wonders why she is going. It is not a question he expects her to answer. The next time we see Júlia, she is being taken to the airport. We see Júlia’s mother and brother but not the father. What is her destination? We see her on a train and immediately know the answer from the distinctive carriage windows depicting the Brandenberg Gate: Berlin.

Júlia goes to a supermarket to buy beer. She takes a German brand out of the refrigerator, but then puts it back and chooses two bottles of a Spanish brand. She imagines that bringing something of her own culture would endear her to her housemates. They are a mixed bunch, and speak to her in English. They are playing charades. One of the girls has a scarf wrapped around her eyes and then is hit with a switch – which movie is it? Fifty Shades of Grey! Júlia is asked to take part. She thinks for a long time then mimes an extension to her nose, probably the least impressive performance she could have given. ‘Pinocchio’, announces one of the girls, triumphantly. I was thinking more Cyrano de Bergerac. 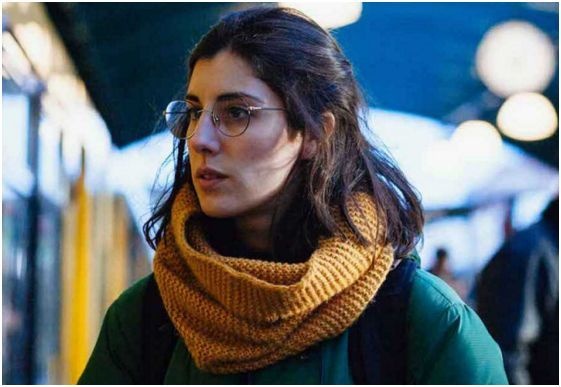 Pictured: Julia (Elena Martín) prepares for Berlin whether in 'Julia Ist', a drama written and directed by its star. Still courtesy of Avalon/Lastor Media

Júlia does not suit group living, which is ironic given that she is studying architecture and advocates shared spaces. As Jordi tells her more than once, she doesn’t know what she wants, or as the German title suggests, who she is – the film’s title is more of a question. She can’t sleep through her flatmates’ noise – she uses the light from her computer screen as a lamp. So when she gets the opportunity to move to a flat shared with just one other girl, she takes it.

Martín is especially good at capturing tentative gestures, for example when Júlia phones another Spanish girl, the daughter of a family friend, in Berlin and they meet. When they remark on their ‘blind date’, Júlia laughs a little too much. She is encouraged to join a student group designing a house made of bamboo – this idea is abandoned. Ostensibly, they are entering a competition, though the winner won’t be announced until after Júlia has left Berlin; the temporary nature of her stay is like a cloud.

The flat viewing scene is an early highlight, with a somewhat exaggerating realtor extolling the virtues of the wallpaper, which ‘collects light and reflects it back at a person’. He praises the view, which is nothing to look at, and eulogises the fridge, that is reported to be faulty. Not at all! The fridge is a cause to just to visit the apartment. I don’t think Júlia and her friend move into this one, but they do find a place. They disagree about how onions should be chopped – Júlia slices them finely. The resulting tortilla ends up on the floor, with the girls laughing. 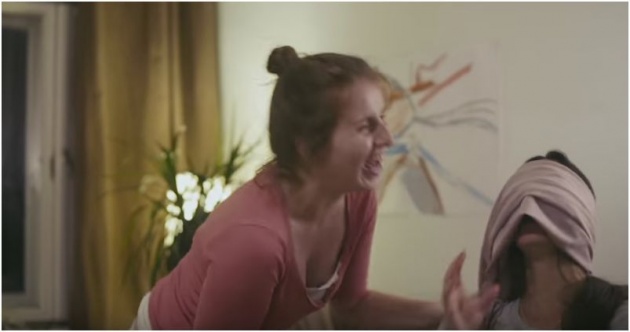 Seasonal changes are charted rapidly. In one scene, the city is covered in snow, in another a few moments later, it isn’t. Júlia goes on a walking tour with other students, getting close to one of them in particular, Ben (Jakob D’Aprile). There is talk of visiting buildings by Niemeyer (though Oscar Niemeyer worked mainly in Brazil) but we get a brief montage of buildings erected during the post-war years.

Does Julia Ist function as an advertisement for the UDK – Universität der Künste? One lecturer is particularly unapproachable, responding to Júlia’s request to explain how a presentation should be given by telling her that, as an Erasmus student, he is sure she will find out. It is the students who support one another, much like the skaters in Skate Kitchen.

Architecture is used metaphorically. At one point, Júlia’s class is asked whether Berlin points to the past in its design or the future. It does both. Júlia is likewise caught between the past (Jordi) and the future (Ben). She makes a decision that undoubtedly rattles one of the men’s cages. 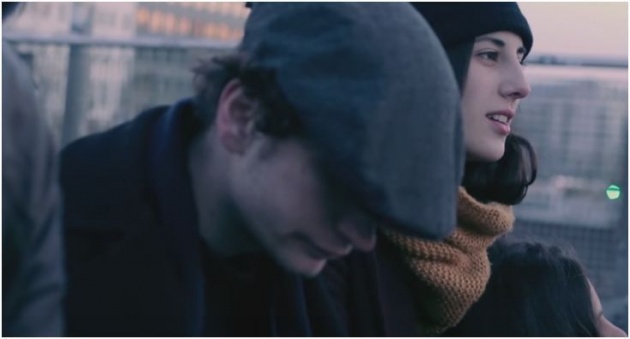 Martín does not use details as plot points. On one occasion, Júlia is told by her flatmate that she needs to pay her share of the rent. Later, she is told that she missed a payment. In another movie, this might have led to Júlia being evicted or given the silent treatment. There is indeed an awkward club sequence in which she is ignored. But this omission doesn’t directly lead to an event; it hangs in the air as a character detail, a suggestion that Júlia has something to learn about modern living.

Towards the end, Júlia and her friends are lost in the woods, circling the same area for two hours. They find a young man with an animal hat peeing against a tree. They make it to the rave. The film is partly about how open spaces are used. The other students tell Júlia that no one sunbathes in Berlin. Then Júlia lies on her back fully clothed; the others follow suit. At one point, Júlia goes swimming in a lake. She is the only one to do so. Martín frames Júlia’s head in a long shot bobbing in the water.

The ending is unexpected. We are back in Barcelona, Júlia’s home town. There is a party. People are glad to see her. What does it say about Júlia’s foreign adventure? Martín allows the viewer to decide. Her central performance is both understated and brave, especially in a sex scene – I don’t think she has any hang ups about sex and, by implication, neither should the audience. Her film does not make claims for big emotions. After all, the rest of Júlia’s life is yet to be imagined.