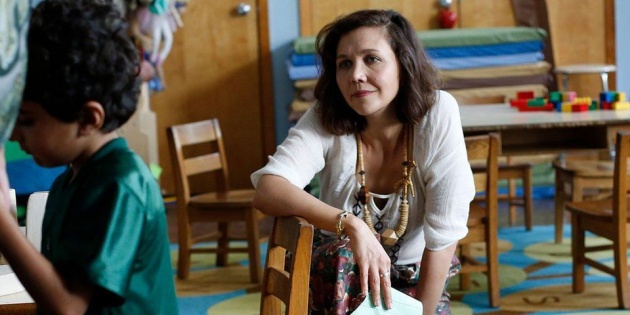 Why re-tell a story in another language? You can bring it a wider audience, revealing its mainstream resonance. You can fashion it into a vehicle for a talented Hollywood star. You can expand the boundaries of a national cinema by appropriating a story line from another culture.

Nadav Lapid’s 2014 film, The Kindergarten Teacher, has not been seen widely outside Israel, its country of origin, and France outside of the festival circuit. It is well-regarded and received distribution in Canada and Argentina. Lapid himself has achieved festival acclaim for his 2019 film, Synonymes, which won the top prize (the Golden Bear) at this year’s Berlin Film Festival. The English language audience’s unfamiliarity with the film made it ripe for adaptation by an American filmmaker. That task fell to writer-director Sara Colangelo, whose debut film, Little Accidents, was also first seen in 2014.

Looking at the trailer for Lapid’s film, Colangelo’s adaptation appears to follow the plot, even the poetry, very closely. The story focuses on a five year old boy who appears to be a natural poet, a young Mozart, as it were, who can recite his own verse spontaneously. He attracts the attention of his kindergarten teacher, who attempts to encourage his talent, but also appropriates his work, passing it off as her own.

The young boy himself is something of a mystery. What compels him to recite? What do his poetic utterances mean? Is his talent natural? Does it say something about transcending his background? Does it suggest that children aren’t moulded by their experiences and upbringing but have an innate point of view? Can a child be a flower sprouting from a field of dust?

Colangelo is not interested in these questions. She focuses instead on the titular character, the kindergarten teacher, here named Lisa Spinelli and played with wide-eyed, almost naive intensity by Maggie Gyllenhaal. Gyllenhaal has been acclaimed in films that are not widely seen such as Secretary and Sherrybaby for her willingness to play roles that offset her apple-cheeked wholesomeness. She doesn’t want to play the lead in a romantic comedy. As an actress, she is interested in characters who exhibit unusual, possibly perverse behaviour. This behaviour isn’t motivated by obtaining the approval of a homogeneous society. Rather it is an attempt to fulfil a deep need. However, that need isn’t defined by a trauma. Her characters - the most interesting ones - are not victims. They pursue their goals with single-minded agency.

It is this quality to her work that places her outside of the mainstream. She reminds us that there is life outside of a domesticated, prescribed normality; her characters can show the possibility of a new equilibrium. In an uncomfortable way – uncomfortable because as viewers we are socially-conditioned beings – she reminds us that we don’t have to settle for things that are supposed to make us happy.

I sat through The Kindergarten Teacher mesmerised, willing Lisa not to behave the way she did. I was utterly invested in her, the way audience members emotionally connect with soap opera characters. Expressing disapproval, I was simultaneously compelled by and drawn into Lisa’s choice, as ruinous as it appears to be. The film presents a problem to which there is no easy solution.

The film begins, naturally enough, in Lisa’s expansive, toy-filled classroom, a room designed to give children stimulus. It is the kindergarten teacher’s job to encourage the potential of the children in their care; to help them understand the world and to socialise. Kindergarten is a way station, barely remembered by the children who attend it. I cannot remember who taught me the words ‘car’ or ‘school’ or when I first said the word ‘cat’, partly because memories are mainly made when we have some bedrock of knowledge or understanding. Jimmy (Parker Sevak), the five year old prodigy, literally surprises Lisa, pacing up and down and reciting his poem, ‘Anna is beautiful / Beautiful enough for me’. In Lapid’s film, the child recites ‘Hagar is beautiful / Beautiful enough for me’. Lisa attends a poetry class, but her own efforts are over-worked. She clusters words together rather than reveals something; almost if turning the engine vigorously without putting her foot on the accelerator. Her teacher, Simon (Gael Garcia Bernal) cannot disguise his apathy. I would categorise his response as profound disappointment, as if Lisa were a lover faking an orgasm. Having listened to Jimmy’s poetry, Lisa is compelled to write it down and then, in her class, pass it off as her own. Suddenly Simon pays attention; she is no longer a woman with delusions of talent.

Lisa is like an addict wanting another hit. She tries to stimulate Jimmy’s gift, waking him up during nap time to get him to observe things. The sense of a taboo being broken is accentuated by Lisa taking Jimmy to a bathroom; it is an unsuitable place for a young child and an adult to spend time together. Lisa wants more words for her teacher but also wants to test the limits of Jimmy’s talent. She wants to him to understand his own ability and use it to be excellent.

What drives this addiction? Colangelo suggests that Lisa’s joy of motherhood is reaching a natural end. Her teenage children are making their own choices. Her son Josh (Sam Jules) wants to join the army. Her daughter Lainie (Daisy Tahan) has taken up smoking and no longer has an interest in photography. Her husband Grant (Michael Chernus) reads her work but encourages without convincing her that his opinion means anything. This doesn’t lead to a confrontation; Lisa does not demand a different response. 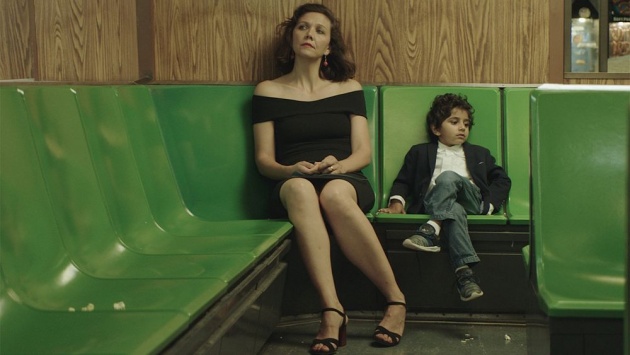 Colangelo is careful not to objectify Jimmy. She mainly frames him in two shots with Lisa, so Lisa is crouching down next to him. The effect is for us always to see Jimmy in relation to Lisa’s beatific face, to feel the weight of her expectation. Lisa is contrasted with Meghan (Anna Baryshnikov), her classroom assistant. Meghan is literally selfless, but is also not secure enough to criticise Lisa. It is a surprise to discover that she, rather than Lisa, is the ‘Anna’ of Jimmy’s poem. What did Lisa do wrong?

Lisa breaks many taboos. She tries to get in touch with Jimmy’s father (Ajay Naidu), speaking first to Jimmy’s brother. Words run in the family; Jimmy’s uncle is a proof reader. However, Jimmy’s father regards him as a failure; he doesn’t want that life for his son. It is more important for Jimmy to attend baseball practice with a friend than have an opportunity to recite his poetry in public.

Moreover Lisa implores Becca (Rosa Salazar), the employee who collects Jimmy from kindergarten, to note down his poetry. She does so, but without sharing Lisa’s enthusiasm. Lisa reports Becca’s lateness to Jimmy’s father and gets her fired. She is desperate to take Jimmy to the poetry reading and pretends that the child is ill.

Simon isn’t exactly a pure character. He kisses Lisa. This isn’t the response she was hoping for. Her desire isn’t related to sex. 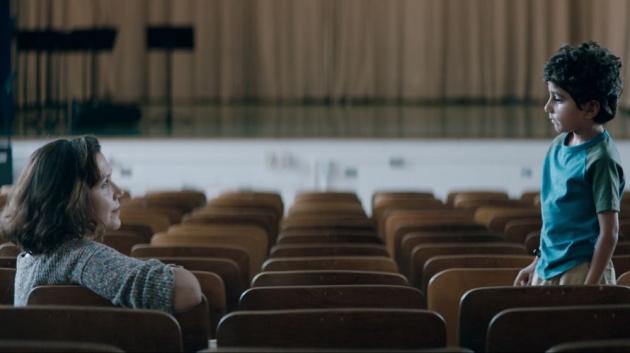 On two occasions, Gyllenhaal is shown partially nude not in a sexual way but to illustrate that she is secure in her skin, as if clothes represented the normality to which she has no regard. In the UK, the film was rated as suitable for children aged twelve and over as if nudity was not a taboo. It is also as if the film classifiers did not imagine that young teenagers would watch the film; after all, what’s the appeal?

Where the transposition from Israel to New York is less successful is in the authority’s response to Lisa’s deception. At no point is she held to account by a governing body or by the police. She faces instead the resentment of the other students, when she breaks her assignment to recite Jimmy’s words and appals Simon when she gives Jimmy to perform his own work. (‘Is this some sort of joke?’) When Jimmy is transferred to another kindergarten, Lisa’s transgression is more extreme. Nevertheless, you imagine she may have been subject to a restraining order or, at least have been fired.

The finale takes place in a hotel room, where Jimmy shows some agency. The scene is well-written and played as Jimmy calls the police while Lisa, locked in the bathroom, instructs him what to tell the police. The final line of the film has a poignancy – ‘I have a poem’ – that makes us question whether society is evolved enough to receive his gift.

The tragedy of The Kindergarten Teacher (the remake) is that it ended up on Netflix, where it did not receive the showcase of a wide US cinema release. Colangelo’s remake did not enter the mainstream. Gyllenhaal’s commanding performance was not much seen either. Conservative America also responded with disapproval to the subject matter. It is not hard to see why. Wealthy Americans trust their children to others so they can pursue their interests. A film like The Kindergarten Teacher makes them question this arm’s length approach to parenting.