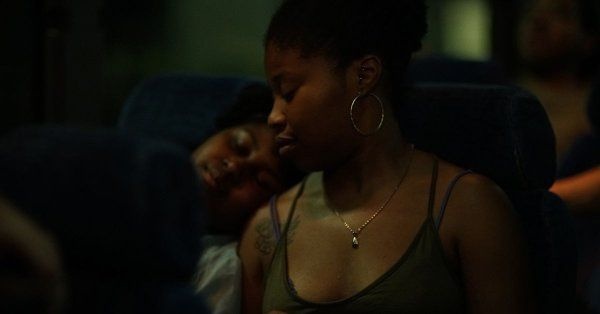 Maybe we knew, maybe we thought it, but passing traffic makes a sound like gently lapping waves. Listen to it a while and you could be on a beach. In a comfortable bed, snuggled up under sheets - but you are on a beach. No big old tsunami gonna land on your head. Not yet.

Actress turned director Jordana Spiro, known for recurring roles in the American TV series My Boys, Harry’s Law and The Mob Doctor, makes a creditable feature debut in Night Comes On, about a black teenager, Angel Lamere (Dominique Fishback) who ended up in juvenile hall after been found in possession of a gun. Newly released, she sets out on a mission. Her mamma told her about those waves but now she’s dead, killed by the old man. Angel wants vengeance – she’s an angel of vengeance, pardon my Abel Ferrara film reference. She wants another gun, then to find her pa and stick it to him. He can’t apologise for something like that.

But how do you find him when you gotta report to the parole officer (James McDaniel) and get a job? Too many questions! The parole man knows where her father’s at, but he won’t help. He won’t take attitude either. Angel is three days short of her 18th birthday. She tries to get hold of her friend, but girl won’t answer. She needs to keep her phone charged. Why won’t a shopkeeper loan her a charger.

He loans the charger. Angel slumps in the corner, waiting for 100%.

She goes to the father of a friend from juvie to ask for a gun. ‘My daughter knows nothing about guns,’ the man tells her. Angel does, but she is short of the asking price. Lip de licks. You’ve heard of the arrangement, Man tells her. Shoot a ball through the basket and you can have it. ‘Basket’s too small,’ Angel retorts. Man proves her wrong. He moves for her, but then the phone rings. ‘Can you pick up some milk?’ he asks his other. He wants to buy time and sends Angel out with a bottle of milk from the fridge. Leaving his house, grinding her shoulders in a strident walk, Angel flings the plastic bottle against the wall.

How do you survive with no place to go? You cradle inside a building, let the warm air be your blanket. You pee yourself. Angel struggles to clean herself up. She has a friend, she has a younger sister too, Abby (Tatum Marilyn Hall), who has been texting Angel ever since she got out. Abby is in a foster home - lotta kids. Angel wants to adopt Abby now she’s almost of age. Can a boy be adopted by her too?

Abby still sees their father. He lives on the beach. Angel is wild with anticipation. She makes the arrangement to get a gun. Services are rendered, somewhere near to six am.

At the bus station, Angel has enough for two tickets. Well, almost. The bus company cashier acknowledges her desperation. He gives her a student discount. Angel buys a one way ticket for herself, a return ticket for her sister. 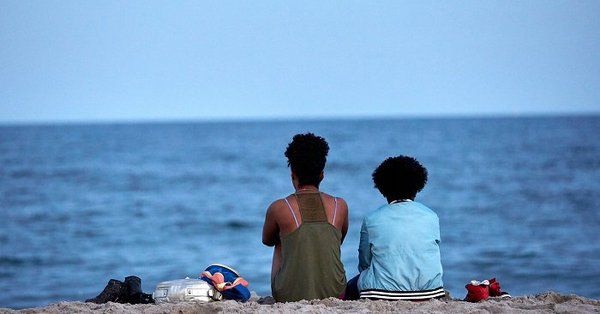 Pictured: A trip to the beach in 'Night Comes On', a revenge drama co-written and directed by Jordana Spiro. Still courtesy of Samuel Goldwyn Films

What happens next enters the realm of spoilers. Let’s just say there’s a bathroom incident, a stroke of luck, Angel’s look at a real home, a hasty departure and a bowl of truth. Abby is left to sleep on a bus. Angel has another priority.

Spiro worked on the screenplay with Angelica Nwandu, the founder of the Shade Room, an Instagram purveyor of celebrity gossip. It is lean, concise, measured and purposeful, a narrative Viking ship but without a beard in sight. We understand that Angel hated being powerless, hated being unable to prevent her father’s violence. There’s a confrontation, all right, how could there not be? You’ve seen Kill Bill Vol 2. You know how these things play out.

I knew I was watching a director of quiet competence when Angel is in conversation and stops listening to the man she is speaking to. In a two shot, he’s suddenly out of focus and Angel is clear in the foreground. Night Comes On works as a ticking bomb drama about a girl destroyed on the inside about to destroy herself on the outside because she has nothing.

Night Comes On doesn’t have the authenticity of Spiro reflecting her own background. But so - even Martin Scorsese made a film about the Dalai Lama. It vibrates with emotional truth. For those of us who wish to put our childhood traumas to bed, we can relate. In my country kids acquire knives, not guns. They want settle in their stomach, but there’s something else.

There is a weakness. The film is so focussed on vengeance that it doesn’t have anything to say about misogynist, wife beating, no-one’s looking, I-can-do-what-the-hell-I-want violence. John Lamere (John Jelks) never got a life sentence on a technicality, but he’s still a killer, still lives his life as a killer. What can stop men like him giving into to their tempers? That’s a different film. 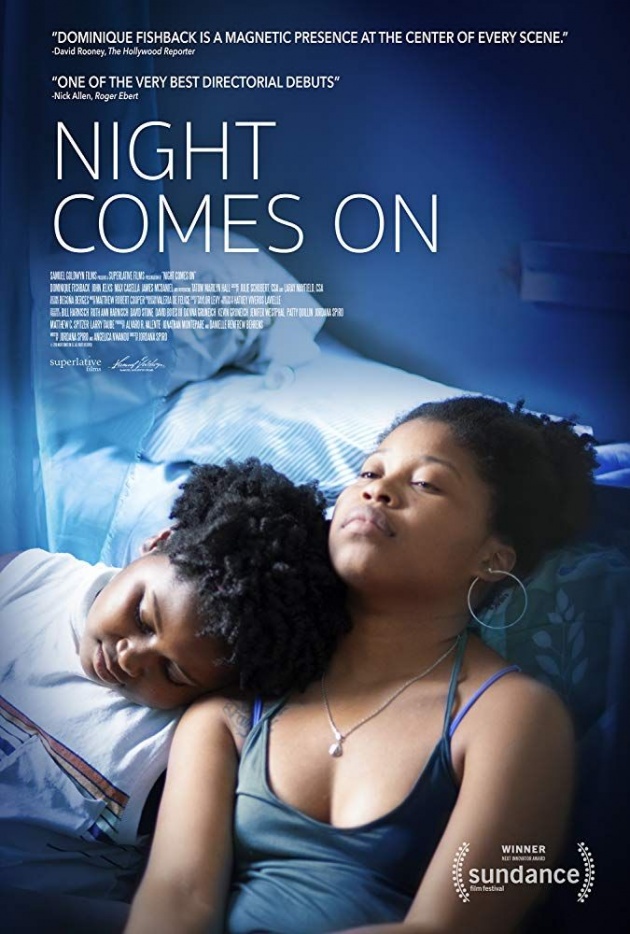