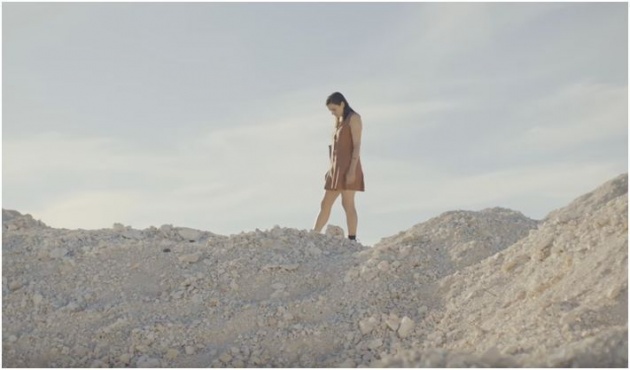 In my humble opinion, the stand-out film of Cannes 2019 wasn’t competing for a major prize. It was shown to Cannes Cinephiles as part of a strand devoted to Australasian cinema - other screenings included Geoff Murphy’s 1981 debut, Goodbye Pork Pie.

Strange Colours is an Australian film that premiered at Venice International Film Festival in 2017. It eventually had a limited cinema release in its native land a year later. Well, not exactly, its native land. Strange Colours is set in Lightning Ridge, eight hours drive from the nearest town, or twelve hours if you use Google maps – didn’t we just pass that dingo’s skull a few hundred miles back?  Dingo’s Skull is incidentally the band I wished I’d formed when I was a teenager; I have no musical ability whatsoever, but that wouldn’t be an impediment. Lightning Ridge doesn’t have a cinema. I’m not even sure you can watch television there or use the internet. What it has is an inexhaustible supply of beer. I don’t think they’ve heard of coffee, let alone tea. At one point, a character asks, ‘isn’t it a bit early to be drinking?’ Too early - people don’t wait until 7:00pm to have their first cup of Kenco.

The film is the feature debut, or should that be ‘deh-boo’ - I listen to a lot of Australian cricket commentary – of the phenomenally talented Russo-Australian co-writer-director Alena Lodkina working with a micro-budget equivalent to £150,000 or Richard Burton’s monthly bar bill; the script is co-written by Isaac Wall. Lodkina came to prominence with her 2014 short, There’s No Such Thing as a Jellyfish. She’s right, not if you are literal. Lightning Ridge is known for its opal mines and if the film isn’t anything to go by, old blokes with long beards. Men would rather drink than shave – a truism if ever I heard one.

Great, or at least phenomenally talented, filmmakers are guided by instinct. They know what will hold an audience’s attention. We don’t need moderately convincing special effects, superheroes or sudden bursts of graphic violence. We need two old blokes with their shirts off drilling into rock, two power cables trailing from their equipment like umbilical cords.

The film is also the first of two at the festival in which a young woman arrives in a foreign land to spend time with her dying father – the other is Take Me Somewhere Nice, written and directed by Ena Sendijarevic. Milena (Kate Cheel) gets off the bus in the boondocks. She finds herself staring at jewellery. In an early coup de cinema, Lodkina shows Milena’s reflected face floating above a bed of precious gems, like an unreal apparition. She is collected by Frank (Justin Courtin) who takes for the long ride to her father’s place. Frank is the only bloke in these parts who uses a razor, which makes him different. Doesn’t he know men would rather drink than shave? He is at least twice her age, but a catch of sorts.

Whisper it quietly but there are no women in Lightning Ridge. I reckon they snuck off when their men folk weren’t looking. I think there is one other woman in the cast but she and Milena don’t strike up a conversation. What you see for much for the film’s eighty-five minute running time are the aforementioned near-naked elderly men. They’re friendly but they pop up unannounced with alcohol in hand to, you know, greet the neighbours, that is, Milena and keep an eye on the place.

Milena’s father Max (real-life ex-convict and a spit for Brendan Gleeson, Daniel P. Jones) is not a great bed patient. He’s concerned about his daughter ‘bouncing around like a tennis ball’ – tennis balls get bounced, Milena ought to tell him. Milena only intends to stay a little while; she has a friend to visit, a job to go to. For all the men folk, Milena is like a drink of water in the desert, and the rock is clear white, blanched by the sun into chalky blandness; walking up a stony hill, it is Milena who does the scraping.

The men tell Milena that the Ridge is the most perfect place on earth; why would she want to be anywhere else? The old guys exude cheery if not exuberant contentment. They have made their peace with their lot, but they also resemble the Stepford Wives, if the women of Ira Levin’s novel and the two film adaptations that followed were snowy bearded guys without shirts.

There is a wonderful tracking shot as Lodkina’s camera follows a truck going down the road. The camera looks down and you become aware of the shaking under-carriage. At any moment, a critical component could ping off, bringing the vehicle to a shuddering halt and there’s no Automotive Association to save them.

After Milena skips a visit to her father, he gets angry. He’s concerned about her, but is also suspicious of the other blokes in the community. We see Milena play pool, fitting in, but also an anomaly. Frank is supposed to be keeping an eye on Max’s claim but there is someone sneaking around. Out one day, Milena comes across a frightened silent bloke who looks in wrinkled petrification like an over-ripe prune. Later, Max will tell Milena that he set up a purple dye bomb to blast any intruders to his cave. Lodkina cuts again to the petrified man, looking literally like a prune.

Max discharges himself and attempts to feed Milena fruit – ‘they’re good for you’. He does his best Yogi Bear impression: ‘you want to go for a pick-er-nick?’ Not bad for someone who doesn’t have a television.

At a certain point, Max disappears. Milena rushes to her neighbours who give her a long explanation why she can’t borrow their van. In a nutshell, it’s kaputt. Milena borrows Frank’s truck and drives to the mine, fearing the worst. 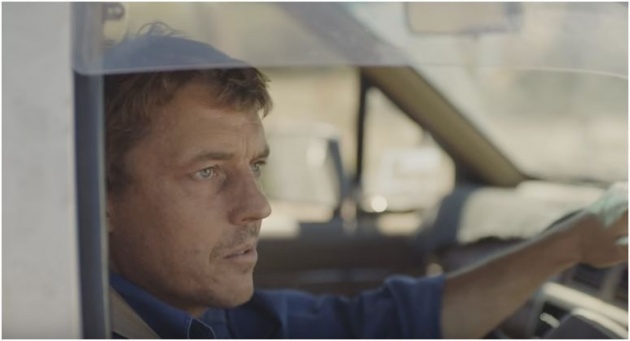 Lodkina captures brilliantly Milena’s entrance into another world. We truly feel we are watching something we haven’t seen before. Max reaches out to her, offering to re-configure his shack, extending the ceiling and giving Milena her own room. They don’t have the conversation where one has to explain themselves to another. Milena is transfixed, to some extent, on the men’s obsession with opals – we see one bloke use a sander to tease out the green. Two blokes whack golfballs to no place in particular. The outback is like a gentleman’s club where the dress code was forgotten.

There is a caption right at the beginning of the film reminding us of the Aboriginal claim on the land; essentially the men are borrowing it. These men have gone native, become Aboriginal but with their own limited lifespan – on account of the missing women, see. Lodkina doesn’t condemn them. Rather, she regards them as an opal-like wonder, as glinting and dazzling as the jewels that they mine. 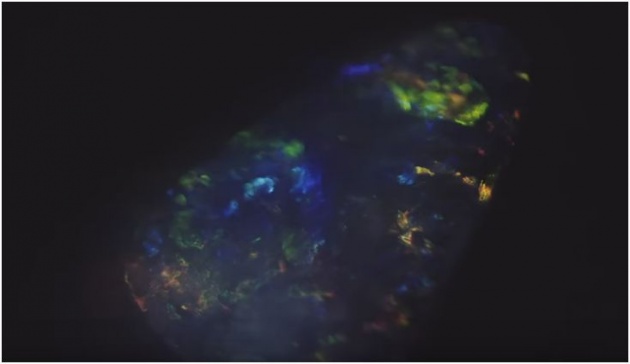