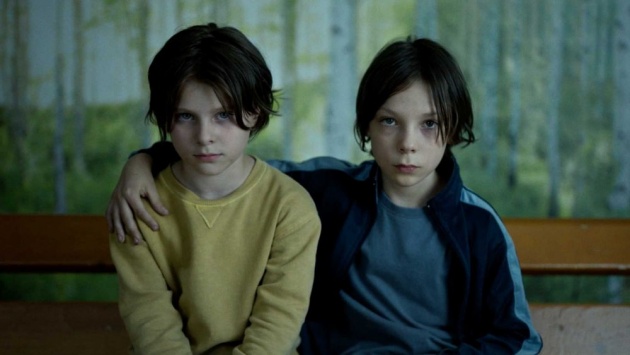 Few films have captured the trauma of starting school as well as Un Monde (Playground), written and sensitively directed by Laura Wandel. The action is shown entirely from the point of view of young Nora (Maya Vanderbeque) as she becomes a catalyst for her older brother’s bullying. Their behaviour feeds a growing discomfort in the Belgian school’s shared spaces where much of the action takes place. Wandel builds to a horrifying climax, taking her sibling protagonists to the precipice.

We first meet seven-year-old Nora clinging to her older brother, Abel (Günther Duret) in the school playground It is embarrassing for him. ‘You can spend time with me later,’ he tells her consolingly. Nora then hugs her father (Karim Leklou) who has crouched down to speak to her. Father wants to walk her into class, but he is told (off camera) that it is not permitted. The school takes responsibility for moulding children from the moment they enter the grounds. Protocol is strictly adhered to. Behaviour is then learnt. When invited to do so, you must give your name. Nora wavers. You must sit at your assigned table at lunch, and you should not mix with your sibling. Nora resists.

Nora’s desire to walk over to her brother, first in the refectory and then in the playground, soon draws attention to him. Abel shows surprising restraint in not castigating his sister in front of older boys. But Nora is fairly fearless when she sees her brother being beaten up, even though she is the cause - Abel’s bully friends don’t want to have the attention of being seen with a girl. She tries to pull the bully away from Abel, even though he towers over her. 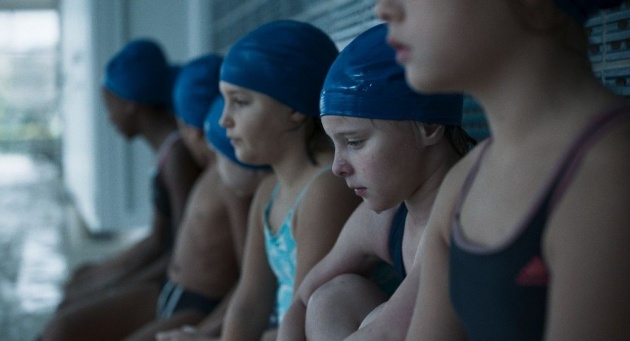 Abel accounts for his injuries in terms of football games. ‘I scored a goal,’ he tells his father when explaining the bruising around his eye. His father approves. ‘We lost a game,’ he says, explaining two sets of bruises. ‘Failure teaches you to win,’ his father responds. Nora and Abel don’t appear to have a mother in their lives; father doesn’t work, raising the children by himself. One of the children refers to men who don’t work when they can as ‘scroungers.’ While Abel is increasingly humiliated, Nora’s ability to make friends, which begins with her being taught how to tie her shoelaces, flourishes.

On one occasion when Abel is bullied, Nora runs to fetch a playground assistant, who is busy with another girl who is in tears. By the time the playground assistant attends to Nora, the bullies have left Abel alone. On another occasion, Nora watches helplessly as her brother is carried by two bullies and dumped in a large refuse bin. She wants to rescue him, but a teacher calls her inside and sends her to her class. Later that afternoon, Nora is called from class, school staff having discovered Abel in the bin. There is a parent-student conference in which the bully apologises with a shake of the hand. It is inferred that the bully’s father thinks his son is being treated poorly.

Abel meanwhile is ostracised. He sits on his sister’s table and is ridiculed by Nora’s classmates, who cruelly tease him for not showering’. ‘Doesn’t your sister show you how?’ one asks.

Nora meanwhile is desperate to attend the birthday party of a classmate, Victoire. She is involved in a balancing game – the film’s central metaphor for childhood, a balancing act. The first time, Nora does not complete the walk. That means she doesn’t go to the party. She asks to try again and after an initial rebuff she walks on the balancing pole with help. In these scenes, we don’t see how far Nora is above the ground, the camera is fixed on her.

When the invitations are given out in the playground and Nora is not given one, she snatches the pile from Victoire and tears them in half. A kindly teacher helps her repair them. Victoire’s mother will allow Nora and Abel to attend the party, but the damage is done. The embarrassment experienced by both Nora, Abel and Victoire is palpable.

Nora sees Abel make a new friend of North African origin and pulls him away from the boy. The siblings are close to fighting, but Abel again shows restraint. Nora blames her lowered status on Abel. He is an embarrassment to her. Abel, of course, sees it differently and calls her out.

Their father visits the school one lunchtime. In the aftermath of the attack on Abel, he wants to make sure his son is okay. He asks Nora to stand on a bin and talk to him. Nora tells him that he shouldn’t be there. We feel her awkwardness. We also see the awkwardness and Abel and Nora pose for a school photograph, Abel putting an arm round his sister. Neither can be coaxed to smile. 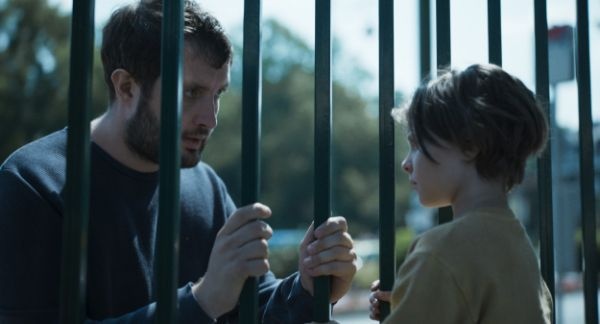 In the finale, Nora sees Abel and another boy putting a transparent plastic bag over the head of Abel’s ‘new friend’. The image is shocking. Nora pulls at Abel to drag him away from the boy. Our anxiety, that Abel’s victim might die from suffocation, mounts. Off camera, we sense that the boy has got free. Nora wonders (we imagine) what her older brother has become.

As the above synopsis suggests, Un Monde is not a pleasant watch. There is barely any relief from children’s mistreatment of one another – the occasional lesson breaks up the playground scenes. Nora undoubtedly grows at school, evidenced in a scene where she shows her father how she ties her laces. Significantly, for the most part, she learns from peers and not from teachers.

Therein lies the problem. Peer influence is more pervasive and damaging than any intervention by a teacher. Children go to school to be with their friends. Learning is just an interruption to the periods of ‘play’. In the playground, children assert themselves in binary ways, making rules and leading others. Their classmates admire this quality, yet it leads to rejection and hurt. There is also the inevitable sad moment when one’s favourite teacher leaves – Nora experiences this. She also questions why her father does not work, even though he says that his job is to take care of her and Abel. 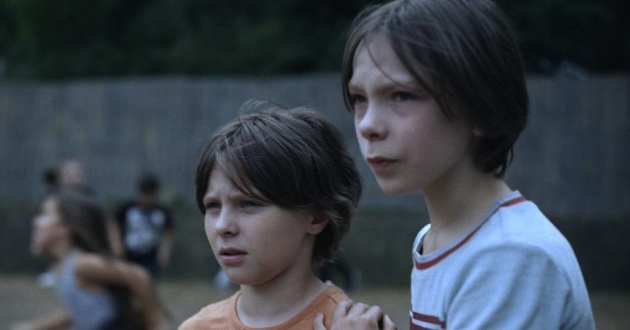 In limiting the action to school premises, Wandel doesn’t show Nora and Abel discussing their school day at home. I imagine that they would have done so. There is also the question of the extent to which early years behaviour shapes the development of one’s personality. Who will turn Abel into a good role model for his sister? In the final scene, Nora’s actions appear to suggest that she is rescuing the boy Abel is attacking. But she is really trying to save her brother. In the absence of a mother, Nora shows maternal instinct, albeit unnaturally.

Wandel’s film is an entirely visceral experience, as challenging in its way as Nora Fingscheidt’s Systemsprenger (System Crasher). You watch Un Monde wanting there to be more classroom monitors as well as more ways of treating bullying. Handshakes do not work.