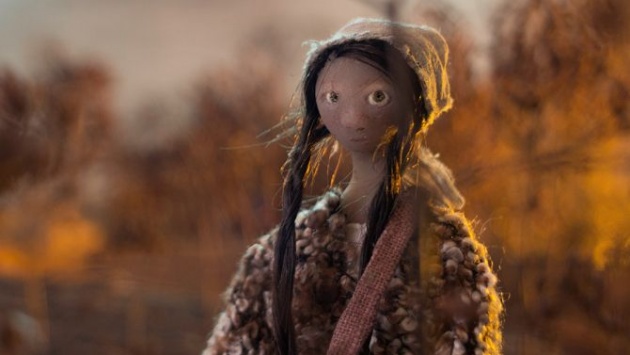 There are only two actors in the Swedish drama, Granny’s Dancing On The Table, but more than two characters. Everyone bar a father and daughter living alone deep in the woods is represented by animated figures. Swedish writer-director Hanna Sköld owes something of a debt to Czech animation maestro Jan Svankmajer, though animated figures and living ones don’t interact as they might in his work. Rather, the animated figures, including the Granny of the title, illustrate the past or, in one memorable scene, a brutally violent version of the present. It is easy to cut off the hand of a model than fake the bloodshed.

Eini (Blanka Engström) is our blonde-haired teenage narrator, a virtual prisoner of her father (Lennart Jähkel). When we first see her, she looks beaten up. When they move into a cottage, her father gets her to count the drinking glasses. One is missing. When he discovers the broken glass, he attempts to shame her. There is no hint of sexual abuse, but it is clear that he has retreated from the world to avoid prying eyes. Eini explains something of her family history, the behaviour of ancestors. In the process, we get the arresting image of two twin sisters fighting in an animated womb.

Eini’s grandmother and her sister, Lucia, work for a farmer. Lucia marries him. When Granny falls pregnant, the farmer and Lucia raise the baby as their own. He grows up to be Eini’s father. Granny meanwhile travels overseas, where she does the aforementioned dancing on the table (seen over the end credits).

The stick figures, which resemble characters from 1970s children’s TV series like Trumpton, with shocks of hair and faces that don’t move, behave violently towards one another. Even a baby (or a figure representing a baby) is struck. The animation allows Sköld to reproduce brutality in a way that she couldn’t do with actors, without cutting away. Eventually, though, we do see violence enacted by humans as well as the threat of self mutilation with an axe.

So Granny’s Dancing On The Table is a kind of horror film, or at least contemporary gothic melodrama, albeit with a remote bungalow rather than a castle. There are no knights in torso hugging chainmail – or even the police - just tension between Eini and her father which builds and builds.

That said, for all the technique, there isn’t much to the movie. It feels like an extended short. Eini is forced into manual labour and into learning things by rote, but she has some of her grandmother’s rebellious spirit. The ending is extreme but inevitable. We wonder how Eini learned her Granny’s story, but that isn’t the point. It is about taking responsibility, even if it costs an entire forest – the finale is big. 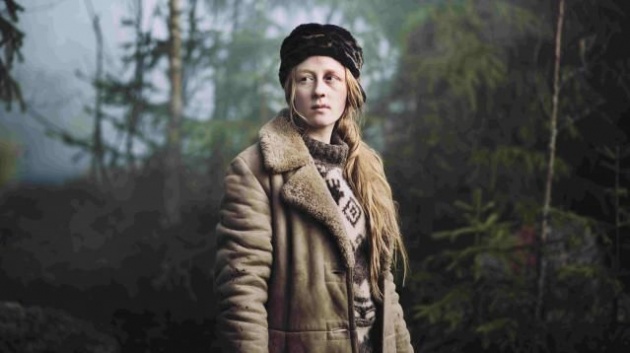