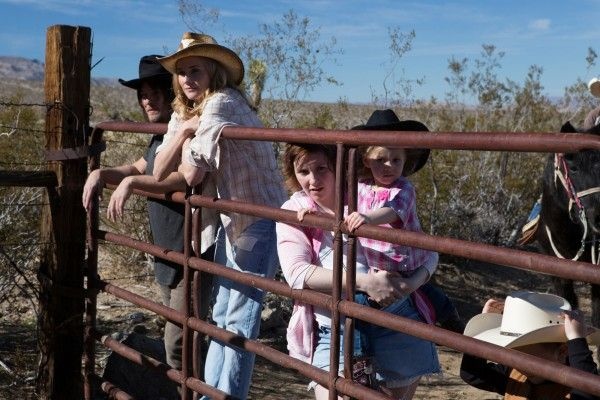 If there is one country where being a woman film director isn’t problematic, it is France. According to chartsbin.com France produces 240 feature films per year, including co-productions. Somewhere between 10% and 20% are directed by women. How popular are they? Fortunately, I love statistics (figures for French release only):

These 24 films (approximately 10% of French output) do not constitute a complete list of French-produced films directed by women released in a twelve month period. They illustrate the frequency that such films are released in French cinemas. In other words, unlike in many countries, USA and UK included, French cinema has a good story to tell.

French women directors don’t have to make the case for their right to make movies in terms of financial success. Taken for their domestic box office alone, many of them do not recoup their production budget. The most successful ones tend to be comedies, evidenced by Connasse, Princesse des coeurs, the most popular film on the list. But these films enjoy a life on DVD, cable television (Canal Plus) and streaming services, so their cinema release is not the end of the story.

This brings me to Sky, the third collaboration between co-writer-director Fabienne Berthaud and star Diane Kruger, after Frankie in 2005 and Lily Sometimes (Pieds Nus Sur Les Limaces) in 2010. Each film is remarkably different from the last. Sky, which opened in France on 6 April 2016, is a road movie about a marriage that figuratively runs out of gas. Romy (Diane Kruger) and her husband Richard (Gilles Lellouche) cannot have children. Romy likes to photograph things and suggested the trip. Neither is particularly stimulated. After Richard gets drunk and flirts with a local singer and her friend in a bar – his charm takes a while to wear out – he attempts to have sex with Romy. She defends herself, deals what she thinks is a killer blow and then goes on the run, buying a car for $1,000. After briefly being a fugitive, she turns herself in, is interviewed by a detective (Joshua Jackson, Kruger’s real-life husband) then discovers that her husband is alive. She gives him the car (not much of a parting gift, but I expect the beat up vehicle represents their marriage) and heads for Las Vegas, where she makes friends with ‘bunny girl’ Charlene (Laurene Landon) who allows her to stay as long as she puts $40 in the kitty and even allows Romy to borrow her bunny outfit. Romy is supposed to pose with passers-by in their photographs for $20 a pop, sandwiched between two tired Elvis-dressalikes but she is insufficiently fun. She ends up in a casino heading for the restroom, catching the eye of Diego (Norman Reedus), a park ranger who avoids permanent relationships. Diego offers Romy money to sleep with him. She refuses but hangs out with him anyway. This is by way of a fresh start.

The film is mainly about the roundabout way a woman travels to fill the hole in her life. Romy cannot have children – she miscarried when pregnant with her first child and has flashbacks to the event. Photography is simply a hobby, not anything she is serious about. She finds herself like many immigrants making a new life – and doubtless violating the terms of her visitor’s visa. ‘A lot of people round here can’t find work. You waltz in and get a job,’ Diego’s sister-in-law Billie (Lena Dunham) remarks after Romy starts waitressing. Is it simply Romy’s exoticism that makes her employable – she adds her cooking to the menu at a small town diner? Or that she attracts sympathy as a fish out of water. Romy is undoubtedly not a victim and makes a series of choices based on her feelings.

The title is Romy’s Indian name, given to her by the family of her colleague, Missy (Q’orianka Kilcher). The storyline is predictable but the relationship between Romy and Diego has unexpected details – Diego leaves out gallon jugs of water for Mexican immigrants making their way into America in order that they don’t die of thirst, the number one fate of illegals. Diego is entirely resistant to having a permanent female companion and when Romy gives him another piece of news, he gets mighty mad. But there is tenderness – Berthaud doesn’t lapse into two-dimensional caricature.

One of the film’s most shocking aspects is seeing writer-director Lena Dunham playing what is disparagingly known as trailer trash, with a missing tooth that she chooses not to get fixed. Billie’s husband complains she is a dumpster diver, living off foodstuffs close to their expiry dates. At one point Billie performs a cheer-leading song on a trampoline and Romy flips out –Billie is expecting another child. Romy’s inner pain is revealed to others for the first time.

Sky falls into a sub-category of women’s films that deals with faulty wombs, the inability to bear healthy children. It is disappointing that Berthaud applies an unscientific solution to her character’s problem. Women unable to have children are rarely expressing a metaphorical state – ‘I’m barren because my relationship is stale’. I think Berthaud should have presented this issue with more realism.

So Sky is a film about the American Dream that is also a bit of a fairy tale. It isn’t all roses at the bottom of the garden – Diego suffers from exposure to depleted uranium. But Berthaud does fall for the American Myth that lives can be re-made in the Big Country. French audiences might not be impressed.