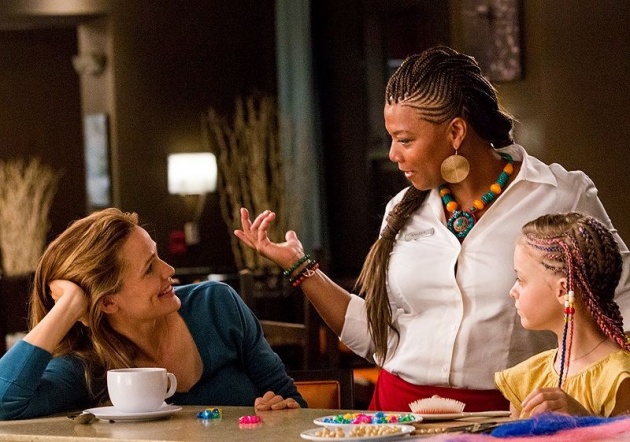 Faith-based movies are traditionally made by men because in the Bible there are few great roles for women – Madonna or whore, you know the drill. So Miracles from Heaven is a curiosity. Could director Patricia Riggen, whose previous credits include Under the Same Moon, Lemonade Mouth, Girl in Progress and The 33 bring anything new to the genre?

The answer is an abiding ‘no’. She does a good job sticking to the formula and her film has grossed USD 61 million in the United States alone – the production budget was USD 13 million. But her film doesn’t transcend it. It is not simultaneously a film that appeals to Christians and makes them asks questions about the world view that they promote.

What is the formula? First of all, the title, which tells you that there will be a Happy Ending and the words will be capitalised. Heaven is for Real and God’s Not Dead are examples. The titles don’t conceal what the film is about any more than The Exorcism of Emily Rose does. Faith-based films sit in direct opposition to the horror film, where the problem stems from within the characters or society by is represented as a demon. In faith-based movies, the problem is external, in this case, Paris.

Ten year old Anna Beam (Kylie Rogers) desperately wants to go to the French capital with her mom, Christy (Jennifer Garner). Her older sister excels at soccer. Her younger sister likes pizza. They live on a ranch and keep cows and four dogs, though the latter rarely appear. If we don’t see dogs, how do we know they are really there? But then Anna develops stomach cramps. Her belly distends. She is told she is lactose intolerant, has problems with her acids as she can’t keep down her food. She suffers from a full intestinal obstruction. The only specialist works at Boston’s Children’s Hospital and has a nine-month waiting list (not to mention an Elmo tie). After failing to secure an appointment, Christy flies out with Anna to see him, appealing to his mercy.

In real life – and Miracles from Heaven is based on a true story – Anna was five years old when she was diagnosed and endured four years of failed treatment before the miracle occurred. But this is a Hollywood film, produced by Sony Pictures Affirm division (as opposed to the ‘Deny’ division that produced its upcoming Ghostbusters reboot) and it shortens the timeline so the lead actress doesn’t have to miss so much school.

The set-up may be offensive for another reason. In faith-based movies, people want for nothing. They have jobs, families and communities. They don’t have a problem with big government. The police aren’t even there and no one talks about ‘Netflix and chill’ or Game of Thrones. The sudden medical problem is a threat and it is there to demonstrate the limits of science, or human endeavour. We don’t know everything. What we need to do is place our faith in something bigger than ourselves. In real life, many people want for many things. People cover their neighbour’s partners or deal with their gender identity or are discriminated against or believe they need a gun. The world of the faith-based movie is what author Milan Kundera called ‘kitsch’, which is a world without poop. (He used another word.)

The interesting thing about Miracles from Heaven is in how it engages with other cultures. Anna and Christy form an unlikely friendship with a waitress, Angela (Queen Latifah) who takes them to visit Boston’s Aquarium and to look at Monet’s Water Lillies paintings – it is gratifying to note that they are still on display twenty-two years after I last visited Boston in 1989 – the film is set in 2011. The receptionist at the children’s hospital (Suehyla El-Attar) is of North African extraction. Anna shares a hospital room with a cancer patient whose Jewish father, reporter Ben Wexler (Wayne Pére) is sceptical; he doesn’t want his daughter to be given a crucifix. These denominations come around, respecting the Beams and by implication the Christian world view. That said, every scene with Queen Latifah, including her ‘comedy’ broken down car, is cringe-worthy.

I don’t want to spoil the miracle, but I can say that it has something in common with Riggen’s last film, The 33, about trapped Chilean miners. There is an accident and a tricky rescue. The 33 could have been the reason Riggen was hired to direct this, but she has also worked for Disney, so is familiar with the kitsch point of view. Many of the scenes involve Anna in distress; not for nothing is the film rated ‘12A’ in the UK. I was surprised that a mother took young children to see it. It isn’t exactly family entertainment. There is something intensely unsatisfying about characters who aren’t responsible for overcoming their own obstacles. You can play ‘Here comes the Sun’ by George Harrison but this does not make one feel good.

The framing is notable. Garner is frequently framed to the left in profile. On the other side of the screen the sun slowly rises. I lose count of the shots of the sun in the movie. There are some special effects and at one point Anna finds herself in the same cloud-scape as the horse from Sony’s Tri-Star logo (I kid you not). Product placement is represented by John Carroll Lynch as a pastor playing Angry Birds and clips from Cloudy with a Chance of Meatballs and Open Season. Anna’s doctor (Eugenio Derbez) wears an Elmo tie; he will remove it when he saves a life. It is the first time Elmo from Sesame Street has represented the harbinger of death. Perhaps this is the extent of Riggen’s subversion, but equally it could represent Christian disapproval of puppets.