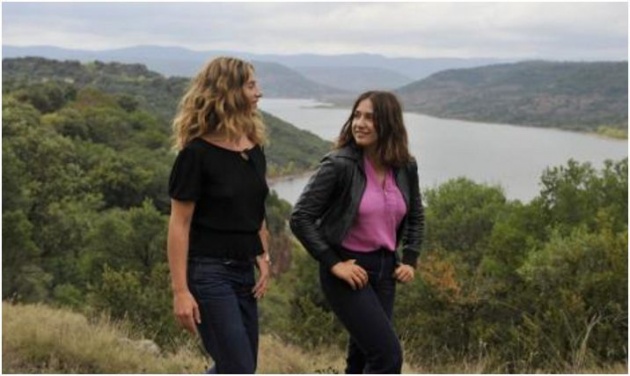 The fifty-fourth film of my study – enough with the numbers – is a beautifully observed romance between two women.

And that’s just up to April.

Now, I know what you’re thinking. Where are the women? Why is the website www.timelines.ws so centred on the fellas? And why haven’t I mentioned that the Ed Sullivan Show was taken off the air? History is written accordingly to the enthusiasms of its chroniclers. I might tell you it is raining in London. You might say you saw a Pokemon there - if you are so addicted to Pokemon Go, using your phone to track down the critters. I haven’t even mentioned my country’s new Prime Minister.

You record what you want to remember.

La Belle Saison is the story of two women, one who is sure about her sexuality but not her politics, the other is sure about her politics but not her sexuality. They meet in Paris and fall in love. But then farmer’s daughter, Delphine (Izïa Higelin) has to go back home. The tractor needs riding. Her new lover, Carole (Cecile de France) leaves her boyfriend in Paris to be with her. She needs ... Delphine.

The co-writer-director Catherine Corsini first came to international attention in 1999 with La Nouvelle Eve, starring Karin Viard. But it was her 2009 film Partir (Leaving) in which a married woman (Kristin Scott Thomas) has a passionate affair with her builder (Sergi Lopez) that really set pulses racing – if the ripe edible seeds of leguminous plants could be said to race.  I mostly eat tinned vegetables. Partir was a typically intense Scott Thomas picture, but it wasn’t exactly the movie that reflected Corsini’s own sexuality. Now at age 60, she has, as it were, come out of the cinema closet.

It begins with young Delphine being rejected by a girl with whom she had shared an amorous moment. Delphine is expected to marry a local boy, Antoine (Kévin Azaïs) – he is particularly keen. She doesn’t encourage him, but she doesn’t tell him the truth either. 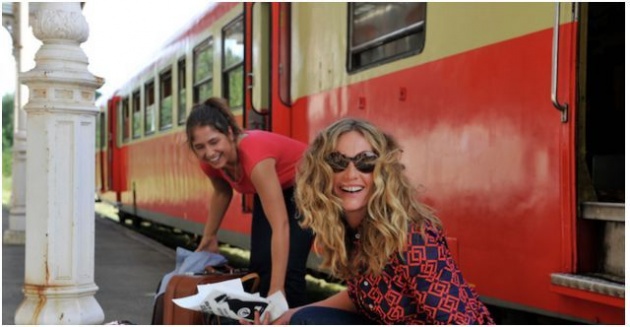 Delphine goes to Paris to study and she falls in with a group of feminist activists who might wonder why Simone de Beauvoir’s The Second Sex isn’t called The First Sex. They slap men’s bottoms and run; only Delphine has the strength to take them on (she’s good with a pitchfork). Before long, she is inducted into their group and joins in a protest against a writer who thinks women should live for their womb. But the group to which she belongs doesn’t want to fight other people’s battles. It is Delphine who is keen to join a lone woman who wishes to rescue a homosexual being given aversion therapy at a spa. Carole is impressed by her spirit but sees it as a form of criticism – that somehow she isn’t doing enough.

After a larky first thirty minutes – the equivalent of the opening of Return of the Jedi, all incident and breathless excitement – Delphine and Carole couple. But Carole has a boyfriend. She dumps him.

At a certain point, Delphine discovers that her father is ill. She returns to the farm. Carole comes to stay as a guest, but wants to pick up where they left off. But Delphine wants to maintain the illusion that she could still yet marry Antoine. Tensions rise. Then Delphine’s mother (Noémie Lvovsky) makes a discovery, as does Antoine.

In a subplot, Delphine represents the farm at a community meeting. She wants them to pool their resources for a new harvester and proves her capability handling heavy machinery. In a Hollywood film, this would be accompanied by folksy music, but here it is played straight.

Carole’s journey, discovering her own desire, acting upon it but then coming up against a brick wall, is just as interesting as Delphine’s. The story makes you feel both perspectives. In the end, one of them is encouraged towards a leap too far. We are truly in the realm of romantic cinema.

If your idea of a lesbian romance was Carol, you haven’t seen anything. You really feel for both women as they fight against society’s blocks.

Is it a classic romance? No, Corsini is much too honest for that. She understands that desire can elevate emotional states, convincing you of the uniqueness – the rightness – of the moment before the balloon deflates.

De France and Higelin are terrific. You may have seen the former in The Kid with a Bike (my favourite Dardenne brothers movie) or The Singer opposite Gérard Depardieu. She is outshone by Higelin who is better known as a French rock singer and guitarist. She also appeared in the movie Samba (2014).

Lvovsky is the nominal villain who finally gives one of the characters an ultimatum. She says very little, but her looks betray an undertow of seething anger, that she may be left alone on the farm with her sick, mute husband.

Partir fared better commercially with 561,644 admissions in France in 2009 to La Belle Saison’s 295,982 admissions, but it represents something of a success in relative terms. It was Corsini’s reaction to the demonstrations against gay marriage in France as well as the urging of her spouse, producer Elisabeth Perez that drove her to a more personal work.

Does it work? Yes. La Belle Saison is both fun (in its early scenes) and emotional.