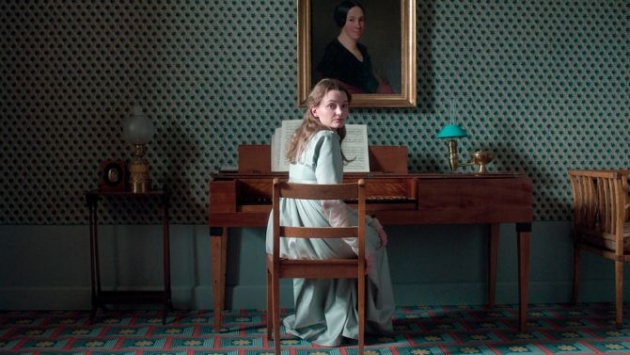 Writers – usually men - often tell us that women can’t do comedy, an accusation that is the product of selective amnesia. Mae West, Lucille Ball, Carol Burnett, Lily Tomlin, Diane Keaton, Whoopi Goldberg, Tina Fey and Amy Schumer are just a few – a smidgen - of Hollywood funny women. In Britain, we treasure Dora Bryan, Miriam Karlin, Victoria Wood, Jennifer Saunders, Dawn French, Meera Syal and Miranda Hart. I haven’t even begun on the writers. The number of women comedy directors, though, is somewhat fewer. In Hollywood, directors Dorothy Arzner (at a push), Amy Heckerling, Penny Marshall, Nancy Meyers and Elizabeth Banks are exclusively associated with light comedy. In Britain, we have Debbie Isitt (Confetti, Nativity) and Mandie Fletcher (Deadly Advice). No studio is going to ask Kathryn Bigalow to make humorous fare – ‘it’s the Hurt Locker, but played for laughs’. Shame! But part of the problem is that we don’t always recognise women’s humour when we see it. It’s not all based on ill-advised romantic pursuits, bodily functions, curse words and impersonations of pompous would-be Presidential candidates – Tina Fey mimicked a Vice Presidential candidate (Sarah Palin) and Amy Poehler satirised a serving Secretary of State. No, it’s subtler than that - subtle and dry and pointed.

A case in point is Austrian director Jessica Hausner, a true comedy original. Her film, Amour Fou, which premiered at Cannes in 2014 and grossed just over $20,000 in its subsequent American release – I don’t have the figures for other territories – is a barrel of laughs. Like true comedies, it is based on a high but absurd concept – that a melancholic, serious - I like the German word ‘ernst’ - writer desperately seeks a woman who can join him for a suicide pact. (Try putting that in a ‘want’ ad.)

Hausner’s film is based on the real case of German poet Heinrich Kleist who, in 1811, submitted such a request to a married woman, Henriette Vogel. Why Frau Vogel, mother of one, is interested, is a question that Hausner addresses with exquisite black humour.

At the start, the earnest Heinrich (Christian Friedel) approaches his cousin, Marie (Sandra Hueller), a woman he has loved afar and, it is suggested, for a long period of time. She has feelings for him, but not to the extent that she wants him to shoot her and then himself in an act that proves their love for one another. Heinrich isn’t interested in sex, kissing, hand-holding or even discussing literature (a substitute for all of the above). He wants to complete this grand romantic gesture which, when you think about it, is rather pointless.

So if Marie will not consent, what will Heinrich do? At a party, at which an accomplished singer performs a song about a violet – a violet that lives to be planted next to a woman’s breast (on a dress, of course) but gets trampled underfoot never fulfilling its purpose to be admired – he meets Henriette (Birte Schnöink) who admires one of his stories. In it, the heroine is desperately in love with a man, who has not reciprocated his feelings. When she is asleep, he violates her. He confesses this act to her afterwards. Then she renounces him. Henriette identifies with the heroine, but wonders why she cannot accept his love after he confessed his act. After all, everything he did was out of love (well, out of desire, impatience, guilt, idiocy – those would be my words). Henriette’s mother prefers Goethe.

Henriette is, like Marie, shocked by the suggestion, made in the country whilst others around them are taking their afternoon constitutional. But when Herr Vogel (Stephan Grossman), a revenue advisor to the German government, starts talking about tax at the dinner table, Henriette feels faint (off screen) - very, very faint.

The family doctor (Holger Handtke) is unable to diagnose her and understandably doubts that she is physically ill. He submits Henriette’s urine sample for medical specialists for analysis. The result is shocking: Henriette has a two centimetre growth inside her and will die. It is amazing what you find when you take the piss.

At this point, Henriette is happy to accommodate Heinrich’s request. Only he’s not too sure. ‘You’re not doing this for me,’ he protests egotistically. When he hears Marie is back in town he makes one more attempt to win her round. But she is engaged to be married.

Is Heinrich really affected by melancholy? As it turns out, his motivation is based on a loss of income from the German Queen and a member of his family. Artists in the 19th Century need benefactors.

All everyone can talk about is the tax situation. Marie’s aunt, a wizened noblewoman, complains that even the aristocracy will have to pay tax. ‘I’ll have to let my valet go.’ At gatherings, opinion has the indentured better off not paying tax and continuing as slaves than being free to pay tax. There is a complaint about French ideas corrupting solid German ones. But there is also the acknowledgement that Germany – Prussia – could be more efficient.

The comedy is based on the ignorance of the aristocracy – and of men – who believe they know better. They are so obviously far off the mark from a modern perspective that the only response possible is to laugh.

Meanwhile, Heinrich invites Henriette to stay with him in an inn. They have dinner together but a man known to Heinrich is also there. Heinrich walks off in a huff – it’s not what the other man thinks. Henriette is left alone with a stranger.

The ‘joke’ is how cruel and self-obsessed the characters are. Henriette’s mother scolds Henriette for thinking others will be troubled by her illness. She isn’t going to let it bother her – and carries on with her sewing. Herr Vogel is very willing for Henriette to spend time with another – on this subject he is fatalistic. Henriette too sees herself as the property of a man. She has no reason to consider freedom. We the audience desperately want Herr Vogel to care – to stop Henriette from walking to her death.

At one point, Henriette does break the status quo, offering the maid a tea cup – presumably to sell. ‘It’s very valuable,’ she insists. ‘I don’t know anything about that,’ says the maid, who otherwise never speaks, but curtsies and attends to her to her duties quietly – for example pouring tea. The maid leaves the cup where it is; the inference is that she doesn’t want to be accused to stealing and would rather everything remain in its place.

From the first image, of Henriette standing behind a vase of yellow flowers, arranging them, the framing is impeccable. Cinematographer Martin Gschlacht doesn’t move the camera very much. Mostly the actors are still – a visual demonstration of everyone remaining in their place. The compositions require cutaways so we can see what they are reacting to but the effect is to draw attention to the formality of movements. Dogs wander in and out of rooms and the frame having a freedom that the characters lack – or deny themselves. Henriette and Herr Vogel sleep in single beds adjacent to one another. Intimacy has been dispensed with.

In the formality of characters’ behaviour, we note some anomalies. As Henriette’s eleven year old daughter, Pauline (Paraschiva Dragus) plays the piano, the silent maid turns the pages – the inference is that she can read or at least follow music and has a good deal more potential than her domestic servitude allows her to express. Throughout the film, there is very little passion expressed. Even when Henriette answers questions under hypnosis, her inner thoughts lack boldness.

There is an act that ought to elicit a greater reaction from all concerned than it does. Instead, they discuss tax. In the final scene, Pauline both plays and sings at the piano. One phrase resonates – ‘inner pain’ – but it is never a topic of discussion. It is as if the aristocracy have perfected the discourse of the impersonal than only artists in their class are prepared to reveal.

What cues us to laugh? It is a response to the narrowness of thought displayed by the characters. The references have contemporary resonance, for example the fear that the general population will drown out the ideas and ‘good sense’ of the patrician aristocracy. A German dislike of French ideas also resonates in the debate about the future of the European Union – economic strength verses liberty. Amour Fou is a chamber piece – mostly set indoors – that tackles big themes with humour. It challenges us to think about the European direction of travel. It is impeccably performed, dressed magnificently and, if too serious to be termed a delight, is certainly elegant.