What if we can alter our fate and get a second chance to correct mistakes made in past? Or see how the world would look like after thirty years. Being able to do so, one will have to come across a phenomenon called Time Travel. Scientists have been making observations and proposing theories for over a hundred years to bring this concept to life. 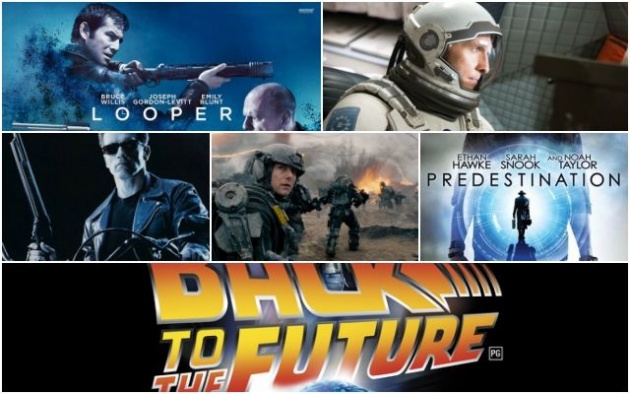 Maybe we will be able to time-travel someday or someone is already secretly holidaying in B.C era. But in movies, unsurprisingly, Time Travel is possible and many have visited their futures and pasts via time machines. The fiction of traveling through time in movies is almost as old as the same concept in science. Here are some of said science fiction movies I shortlisted as best.

Back to The Future Trilogy

Marty McFly with his mentor Doctor Emett Brown, journeys past and future in three parts of the franchise. The adventures presented with science and comedy were convincing throughout the its parts. The movies' story moves along a logically complex time circuitry that is filled with emotional depth and also romance. It persuaded that a little change in past can become a source of immense alteration in the present. The main protagonist, Marty with his friend Dr. Brown, gave a nice glimpse of companionship and a feel that the movies could not be more exceptional. 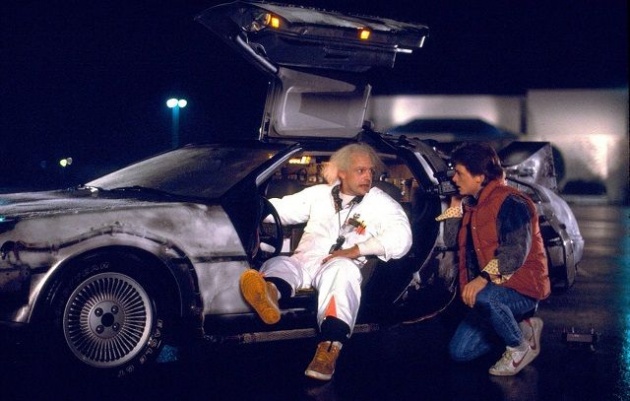 In the year 1985, Doctor Emett Brown invents a DeLorean car time machine and shows to his friend Marty. A turning point occurs when the doctor gets assassinated by hit men and Marty had to escape in the DeLorean. He ends up reaching the year 1955. He informs the young doctor about his assassination and goes back to his present. They travel to the year 2015 and 1885 as the story furthers in in its 1989 and 1990 release. One thing which could be different in the movie was assumption of 2015, since we do not have flying cars yet.

Hitting the theaters in 2014, the movie gave the impressions of being not just time travel but more close to scientific realities. Even though the theme was not visiting a time ahead or going to past, the relevance with time was shown beautifully. From black hole to wormholes, not all but many of the points were more factual than fictional. It did not have any time machines but astronauts traveling miles in space and years in time. The story is beamed up with not just science but also emotional hit by the astronauts who had left their families for years or for life, waiting for them. 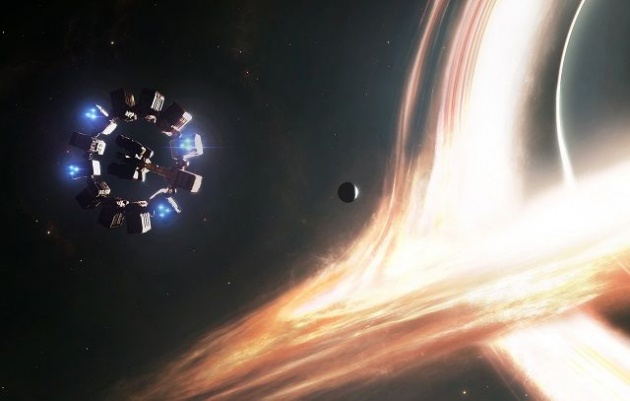 Somewhen in present, humanity on Earth fell into danger when a plant disease destroys all crops. Dust storms become an everyday situation. Daughter of a former astronaut sees some kind of anomalies in her room which later turns out to be a message from her father. As the story goes on, NASA sends the astronaut in the space in search for a new planet with possibilities of survival. Later on, he learns that people on earth have aged years while it is only few hours in space as the time relative to Earth was very slow. In the end, he is on a space habitat near Saturn, after finding necessary data for humanity's survival. Also after his trip, he finds that his daughter has aged many years as she is on deathbed while he is as old as young he was.

No doubt the other in Terminator series, were cherishing, this one was even more since it had a story which made it almost close to perfect sci-fi action time travel genres. Arnold suits best with a terminator's gigantic toned body, sent from future to protect a boy from another terminator. Non of the two feel pain as they stand in front moving bullets without fear. The close connection of the terminator with the boy was looking amazing on the screen. Being able to drive in dark, completely focused and never tired of mission gave good amount of being futuristic in the movie. The story revolves around the boy while the screen is filled with his protector. 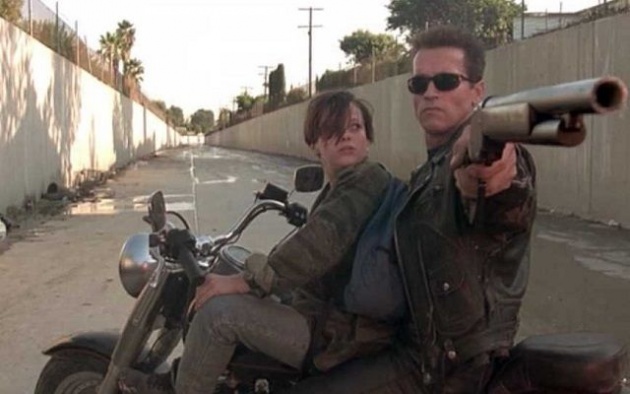 A boy named John Corner, was meant to be the leader of army fighting against machines in the future after nuclear war. The machines, developed by humans first, find way to terminate the leader in his past. A humanoid machine is sent to accomplish this mission. Meanwhile, John Corner in the future, programs another terminator and sends it to safeguard his young. Furthermore on the screen, they destroy the firm responsible for the nuclear holocaust and both of the terminators die in the end.

Life is given in only once but this fact does not apply to Tom Cruise in the movie. It is an alien adventure with action and time travel to some extent. Here, time is nor an open road like other movie plots neither there is a time travel device. Though the movie surely have a decent background, it kept reminding of video games as main protagonist re-spawns. Hanging around time takes to a plenty of scenes having fighting, fun and also little bit of love with Emily Blunt. 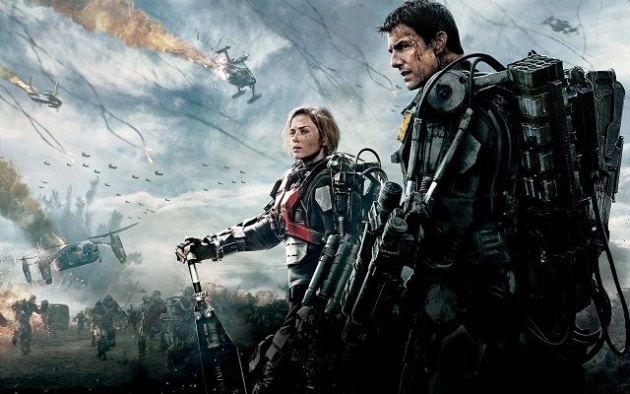 After the alien invasion, a UDF officer is sent to Britain where he gets arrested; while trying to run, he is tasered. He wakes up in an airport where a military squad is set to be sent to combat zone the next day. The officer is made to join the squad and dies while killing an alien, being drenched in its blood. Just after that, he wakes up at the same airport finding himself in deep shock. As the story moves on, he learns that the alien blood gave him their ability to restart time if he dies. In the end, he kills the boss alien getting himself blown up too, waking up in a happy environment.

It was released in 2015 and is based on one of the most unpredictable stories ever. It shows a compelling performance not just in terms of time travel but also a weird love story. It bangs inside so deeply that you might feel the same as John in the movie, if you have a feeling of being different about yourself. The movie itself explains the story of a man who was born as a girl and grows up in an orphanage. 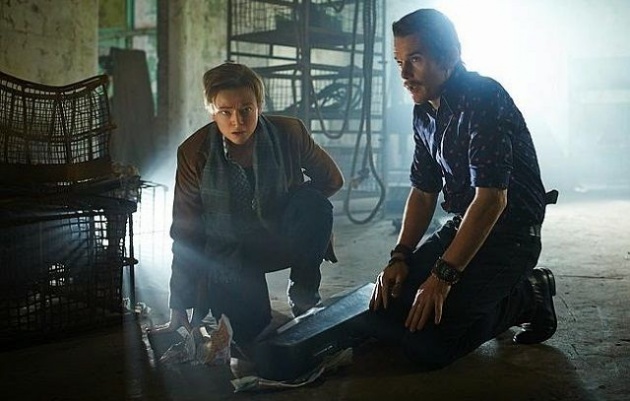 The story of a man, a time traveling agent who falls in love with herself in past. His job is to stop crimes before it happens as he travels back in time to prevent attacks in future. While tracking a serial bomber, named "Fizzle Bomber", he meets his young in 1970. The young one narrates his story and tells how his life was ruined by a man who left him as a girl, in 1963. In the end, it turns out that the bomber is the same agent in his old age.

It uses time travel as a fountainhead for the almost entire action and thrill in the movie. The move is set in future where time travel is invented but forbidden by the law. It follows a paradoxical plot, has chunks of emotions, and concludes with clearing all the mysteries. 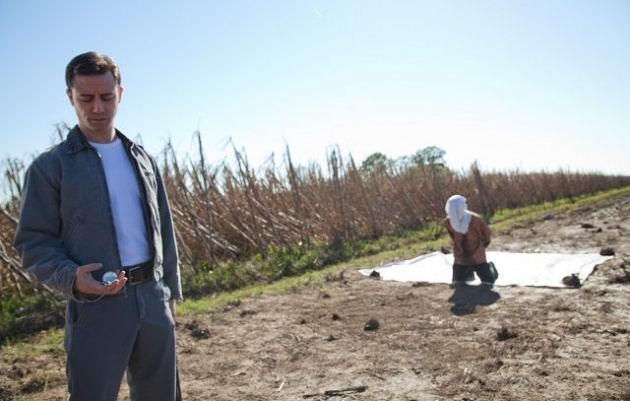 A crime syndicate uses time travel to assassinate people, by sending them in past where disposing of bodies is possible. A man called "Looper", works for the syndicate whose job is to kill people sent from future. A twisting point takes place when the looper's future self is sent in front his gun. For the main protagonist, the story takes jumps many ups and downs whereas the ends with the looper killing himself.

In the end, a video with some scenes I liked the most, from above listed movies.

If you have not watched any of these, you will find them as perfect outcome of the time they consume.

All images are taken from Google.