90'S AND EARLY 2000'S CHILDHOOD ENTERTAINMENT! DO YOU REMEMBER THEM?

It is always a good feeling to reminisce the sweetest memories you had when you were still in childhood. Those were the times when you'd cry over a single toy. Funny it might have seemed but have you ever thought of the greatest joys you had before? All things hip during that prepubescence stage, do you remember?

I'd like to reminisce with you. For this blog, let's go back to the times when life was still carefree. I'm talking about the TV shows in the 1990s (and early 2000s because I'm a 90's kid! Hurrah!) Now I'm sure you have something on your mind too. I will be enlisting the TV shows that I used to grab a remote with. If it happens we've got the same shows, we are true companions! :) 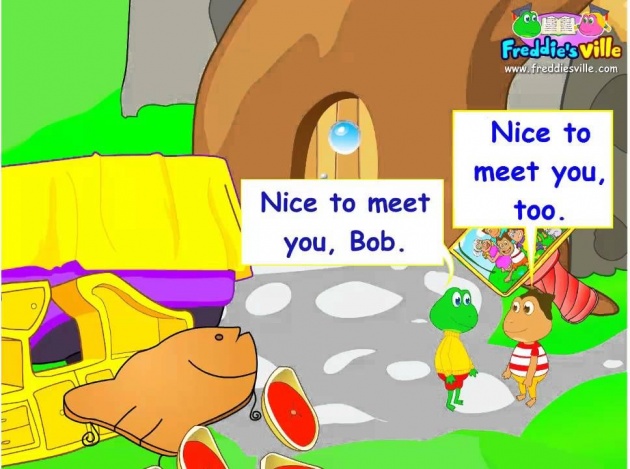 I hope you'll end up with a smile after reading this. Come On! Let's go and hop in this time machine blog back into time. :) 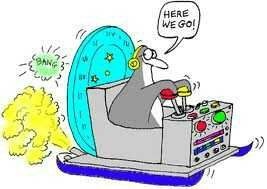 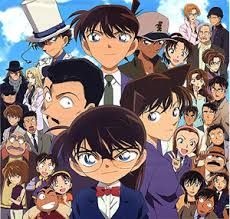 Also known as Case Closed, Detective Conan is a Japanese anime based on Gosho Aoyama's written manga series. The story centers on Kudo Shinichi, a highschool detective who, by force, got administed with a drug that would shrink him back into  child. The reason? He investigated the Black Organization. Now his journey for a way back into teenage begins under the alias of Conan Edogawa (a.k.a. Detective Conan) as he tries to hunt down the members of the secret organization.

*Members of the Black Organization:

Biding the time, Conan decides to stay with a private eye named Kogoro Mouri and his daughter Ran Mouri. Professor Agasa, a scientist, gives Conan helpful gadgets as he does his secret mission until he gets to confront the organization.

This show has a scare factor for kids because of its weird and strange-like atmosphere when Conan tries to solve the crimes. I myself had goosebumps watching this! On top of that, it is also mind-boggling since the viewers get to think of the crime solution for themselves as well. The graphics is somehow outdated but who cares, the story content is a badass! I salute Gosho Aoyama! Where did he get all of those ideas? :)

Detective Conan will always be perfect for me! Talking about his age, I'm an adult now but he's still a kid (It means Detective Conan is still running). If I remember it so well , we were just of the same age bracket back then when I watched him for the first time. Conan, would you mind sharing me your secret to that fountain of mega-youth? :) 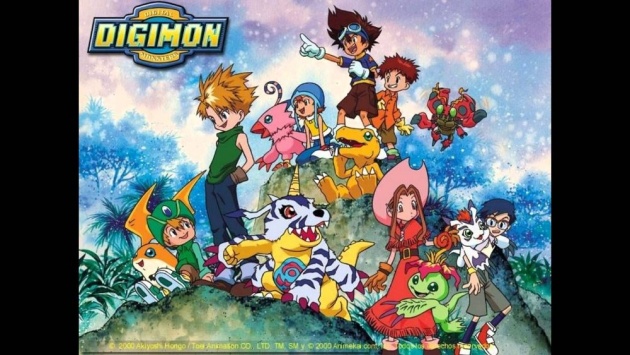 It was first released on March 7, 1999 in Japan and August 14, 1999 in the US. The show started with a group of seven kids who got summoned and transported to the Digital World. There, they met the creatures known as Digital Monsters or Digimon.

The protagonists discovered that they were chosen to save the world (both digital world and real world) from evil with the assistance of every Digimon destined to be with each one of them. They were also handed with Digivice transporting them to the DigiWorld. As the story progressed, the main characters learned that their Digimons could digivolve into higher forms whenever there was danger. Using this ability, the kids' wit, and all of Digimons' power, the two groups must cooperate side by side in order to win the battle.

*Taichi, one of the main kid characters together with Argumon, his Digimon partner: 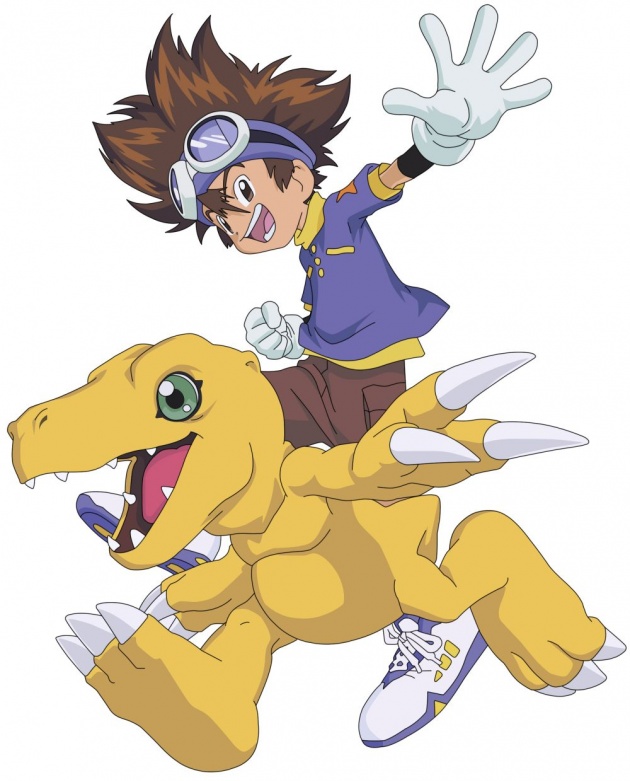 As soon as I finished writing its brief summary, I didn't waste any second but just typed in Youtube to rewatch its premiere episode. But without a luck, I couldn't find it. I found this video instead:

It was from the second episode so I couldn't rewatch how it all began. If I could only remember how it exactly happened, then there's no need to watch this.

Seems like it isn't really a failure after all! I realized this is enough for me to keep going! Maybe I'll just have to look for that link of the first episode though. 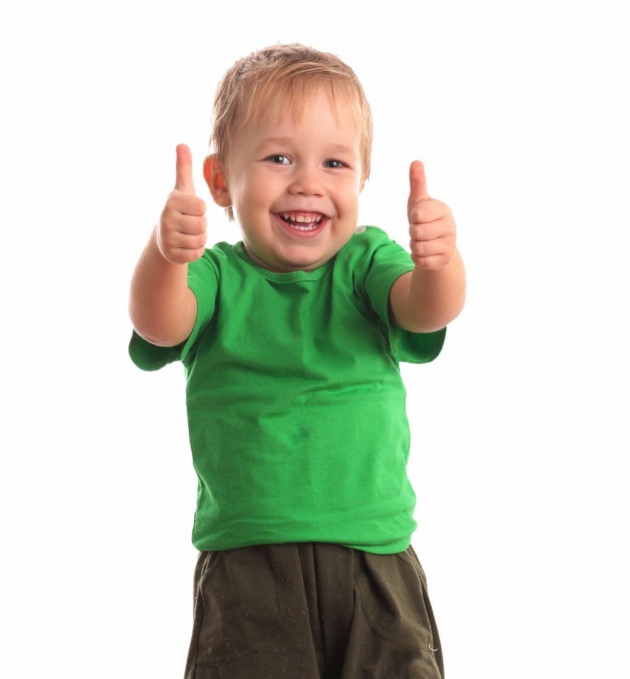 It is two thumbs up! Brings back all of the memories. Oh, I miss Tai and the rest of the gang! I miss its Cartoon Network-like graphics! I miss everything! :'( I relearned the name of Tai's Digimon, Argumon! And there is Lily, Sora and the kid with the eyeglasses. Did I speak too much? Pardon me. I'm just being nostalgic. :(

Just one more question at the back of my mind, this show has the same concept with that of Pokemon which is another cartoon that has unusual creatures too. In addition to that, Pokemon came first before Digimon so why did I get more addicted to Digimon than to Pokemon? Perhaps, JUST I prefer Digimon. It's fun and delightful! PERIOD. 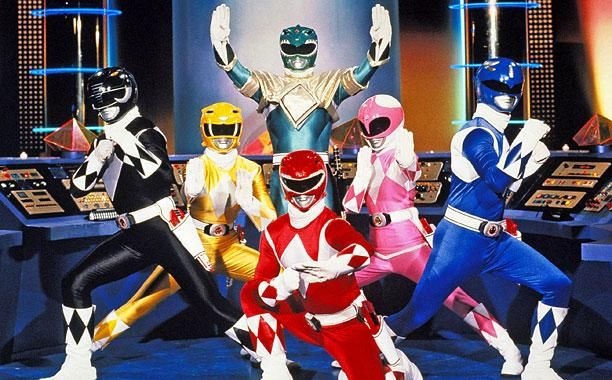 The story is about a group of teenagers who have been chosen to save humanity from Rita Repulsa, an evil alien sorceress. They were given the power to 'morph' into legendary warriors who would protect the earth from pure evil. These warriors were hailed as the Power Rangers.

*Watch this! This is the very first episode of MMPR!

I don't forget its opening theme song. I used to like the rangers' various colors. Well, black ranger is an exemption. Black is LOVE! Black is good! I even wanted to be like him! I also like all of the action scenes. So smart and speedy! It has the full potential to encourage kids to be active. Now that I think of it, the story was simple but how come I fell for it too just like Digimon? Oh no. No need to know the answer for that as well. Just MMPP is astounding!

I remember the time when I and my cousins would imitate a famous line in the show, "It's morphin' time!". Not only that but the monkey-like actions of the aliens. Gray! Their color was gray! I used to copy them as well! Wow. (Now I'm sighing of nostalgia again) Those were the days. Mighty Morphin Power Rangers, you make me sit on a couch and smile just like a baby. :)

BONUS TRIVIA : By the way, kids these days are fortunately lucky because Power Rangers is still on the go. Did you know that numerous Power Rangers installments have been released since 1993? Yes, that's how long Power Rangers has been running! If I'm not mistaken, the new series is now entitled as Dino Rangers Super Charge! I'm definitely watching it! I'm so excited! :) 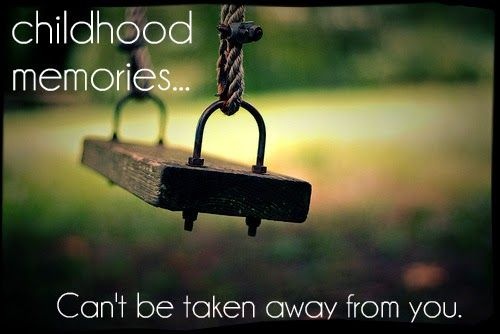 Reminiscing the happy old days can be compared to that playground swing. No matter how far you swing, you'll eventually go back to the hanging position. This is the same with our childhood. No matter how much we try to remember those times, we always end up with the fact that we've already grown up. But if there's one thing in common, that'll be the chance to swing again to as far as we can. Isn't it fun? Can't you believe it? :)

Well then... would you like to reswing back into time? Come on! It doesn't hurt to be a kid again even just for a moment, because we'll always be kids at heart. :)