A Magical Place in Centeral Part of Afghansitan

I will never forget the first time I visited Band-e-Amir in Bamyan, Afghanistan. Band-e-Amir is the first Afghanistan National park which is located in central part of this country. People believe that Band-e-Amir was divided into seven lakes (Band) by a sword slash of Ali, the son-in-law of Prophet Mohammad a long time ago, therefore, it is called Band-e-Amir which means Ali's lakes.

Since Band-e-Amir is a peaceful place, many people visit there in summer vacations. On my first visit, I was amazed to observe the color of Band-e-Amir’s lakes because it was bluer than sky. I never thought the reflection of the sky can have a stronger color than sky itself. The lakes were crystal clear and I could see the small fishes through the water. Sometimes I imagined Band-e-Amir as a magical place and expected a small mermaid to come out and say hi. 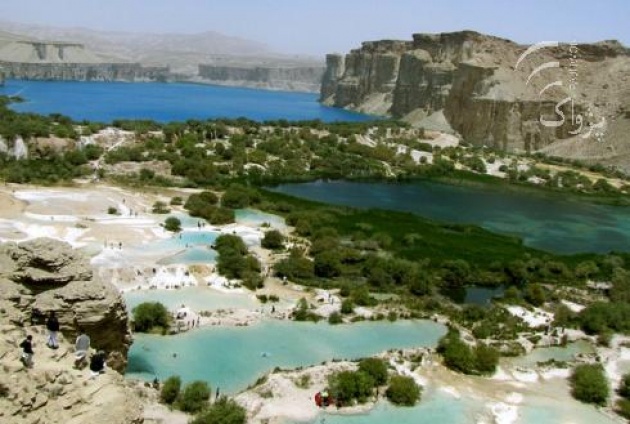 I loved every moment I spent in Band-e-Amir. Nights my sisters and I used to lie down and watch the sky, point at stars and talk about ancient Greek stories. In Band-e-Amir, the sky at nights is clean and dark; the stars could not be clearer. I still have the image of those bright stars in my mind, and I never saw the same brightness in any other place. 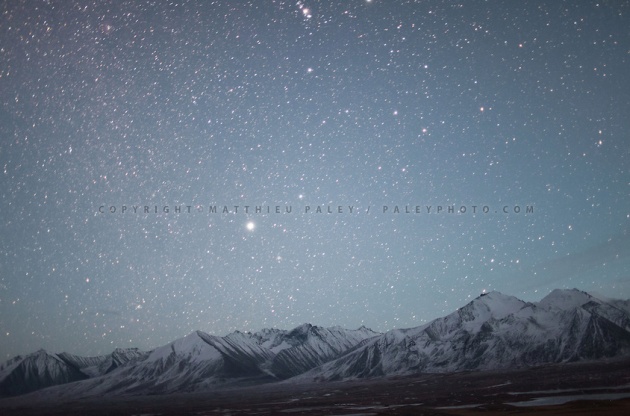 Every Band has its own beauty and grace. However, my favorite one is Band-e-Panir (Cheese Lake). People call this band cheese because it has a white and soft ground that I used to assume somebody had put a slice of Feta cheese on it. Although Band-e-Amir’s lake was not as blue as other lakes, I enjoyed dancing and playing hide and seek on Band-e-Panir’s shore the most. 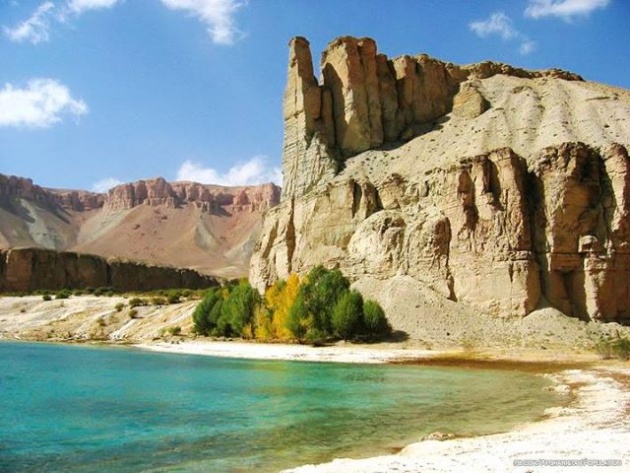 Band-e-Amir for me is a place to escape from all the headaches and troubles in the capital. In Band-e-Amir I breathe a cleaner air, drink a better water, and have more fun. In Afghanistan, Band-e-Amir is a paradise itself and its beautiful nature and perfect view may enable many people who suffer from hardship and anxiety in Afghanistan to relax. Whenever I go to Band-e-Amir, I throw away part of my worries in the Band-e-Panir’s lake and feel lighter and stronger. Band-e-Amir is a magical place for me.