A MEANINGFUL VICTORY FOR THE CAMBODIAN PEOPLE 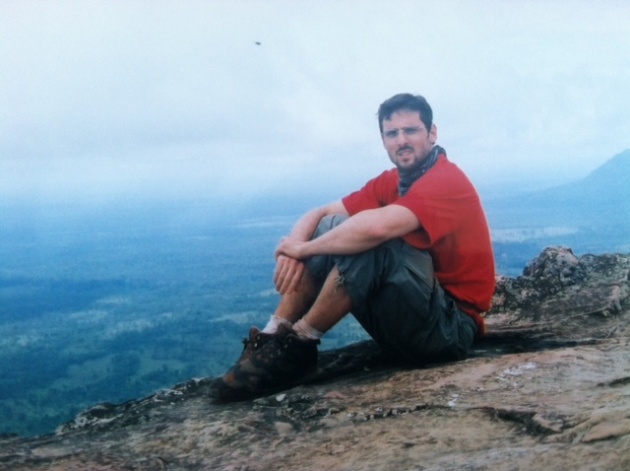 I've always been passionate about lost civilizations. When I travel, visiting the sites where ancient cultures used to thrive is always a strong priority. The most vivid memories of my journeys are often represented by colossal man-made constructions that used to represent authority in their respective periods of dominance. Although their builders disappeared, these iconic structures remain, and are today worshipped by travelers from all over the world interested in what they once used to symbolize. I am one of them. 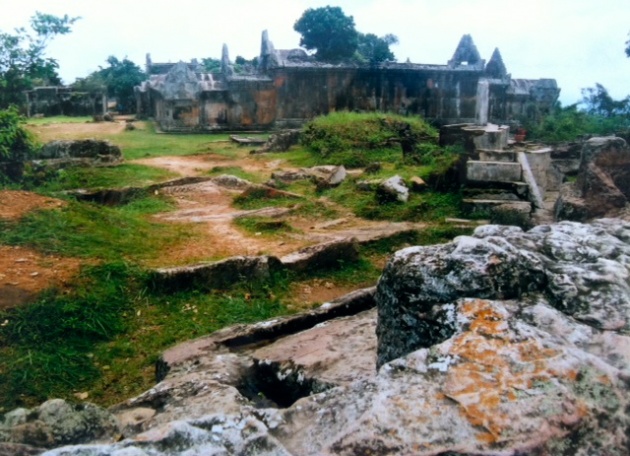 The Khmer Empire used to extend throughout the entire Southeast Asian peninsula. It flourished between the 9th and 13th centuries, and left an unbelievable array of architectural wonders all over the area. Most people are familiar with Angkor, an ancient city now in ruins that contains Angkor Wat, a temple unanimously believed to be the largest single religious monument in the world. You can see some of the photos I shot in this article I wrote two months ago. However, countless other Khmer sites are scattered all over Southeast Asia, many of which still covered by jungle. I was fortunate to visit a few several years ago when I traveled through Cambodia, and was totally blown away by the degree of skills displayed by the Khmer artists. Needless to say, Angkor Wat is jaw-dropping, but only after leaving the comforts of its clean pathways and well-signed temples I really experienced the Khmer architecture in its complete genuineness. 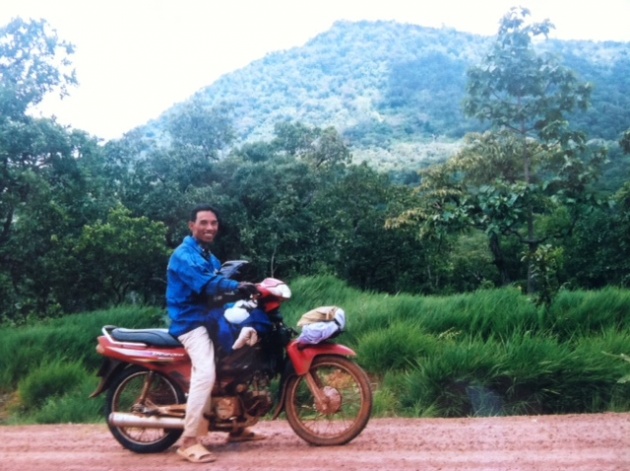 After hiring a local guide, we hit the road on a motorcycle, searching for more isolated Khmer temples through the intricate jungle. We went during the rainy season, and very often the dirt road - more similar to just a path - was covered in mud or completely flooded. I can't recall how many times we had to leave the main track to avoid the water. Without a doubt, I was at my dirtiest self ever, with no chances of showering at the end of the day. We were so isolated that hotels were out of the question. We would just knock at a farmer's door, ask his family for food and shelter, spend the night surrounded by bugs, and promptly leave at sunrise. Not exactly as comfortable as strolling Angkor's immaculate paths with a shiny bicycle. But it was worth it. I was able to see the Cambodia that most tourists never get to experience, and visit temples completely immersed in the jungle with no other traveller in sight. The ruins were in such a bad state, that I often had to walk along what used to be the roofs of the monuments: everything else had collapsed. 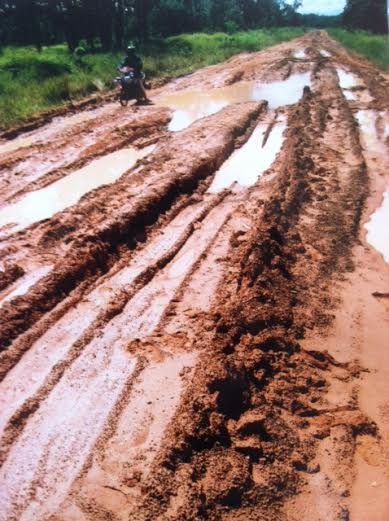 One of the temples I visited on this trip was Prasat Preah Vihear, a Khmer site at the border with Thailand, a nightmare to reach from the Cambodian site, but just a short stroll from a Thai paved road. I remember the faces of some female Thai tourists in high heels looking at me, all covered in filth, wondering around the ruins; all they had to do to reach the monument was getting off their bus and walk a few steps to the main complex. Prasat Preah Vihear wasn't surrounded by jungle, but despite its close proximity to Thai villages, it was isolated for most Cambodians, and a true adventure to reach from their side. Its location makes it unique in its genre, as it's built on a hilltop overlooking the Cambodian plains. It's just a marvelous view. 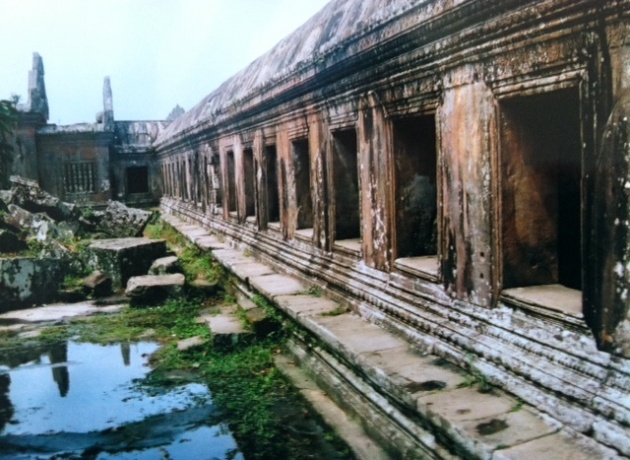 Prasat Preah Vihear has been at the center of a dispute between Cambodia and Thailand for decades. Cambodians claim it because it represents the Khmer civilization, endemic in their country. Thailand recognizes the touristic pull of the complex, and since it's only a few steps away from a Thai asphalt road, it aims at taking ownership of this monument to exploit that potential. After a Thai plane was seen flying above Prasat Preah Vihear earlier last November, the Cambodia government responded relocating troops around their side of the temple, ready to react to any provocation. As a consequence, the Thai Army did the same on their side of the hilltop, triggering the United Nations to find a solution and avoid any further hostility. Fortunately, the UN's top court of justice ruled that the temple belonged to Cambodia, and that Thailand should withdraw their troops from the disputed land. 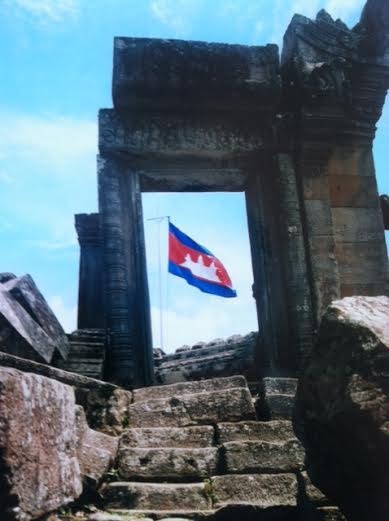 The verdict of the United Nations couldn't make me happier. Prasat Preah Vihear belongs to the Khmer heritage, and like such, it belongs to the Cambodian people. I remember sitting on the edge of the cliff overlooking the Cambodian jungle, imagining what it must have felt like to be a Khmer ruler staring at those never-ending plains that used to be part of one of the most powerful empires in the history of mankind. I'm sure their souls are getting a more peaceful rest now. 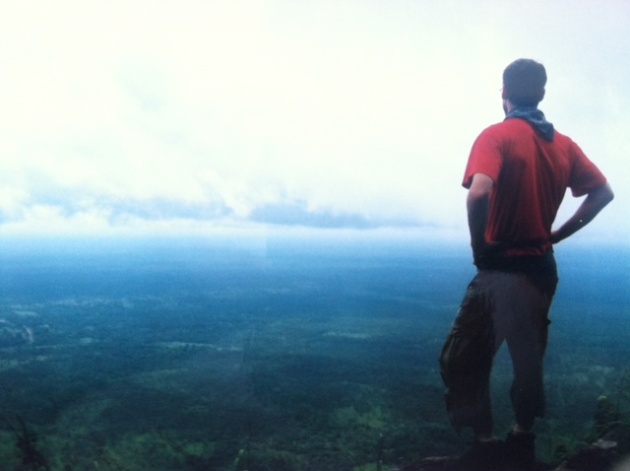 If you have missed my previous article about this topic, please read below, and feel free to comment and share it on your social media network. :-)
CAN SHARING ON SOCIAL MEDIA HELP CAMBODIA'S FUTURE?