A Place for Film in Fashion Media

Once a dedicated lover to print, the Fashion Industry has since found a new companion in video. The industry’s fixation on the print medium had always been less about words, but more about visuals. When print medium was solely connected to the printing press without the existence of the Internet, Fashion favored the glossy magazines with high ink resolution, superb print quality, and luxuriously thick cardstock paper over newspapers with rich text and vivid descriptions.

After all, the Fashion Industry is known to be self-absorbed, slightly haughty, and attention seeking. Words were simply not enough to highlight her valued worth, and images failed to accurately and wholly document the glamour and lavishness of a garment. It is to this reason perhaps, that the Fashion Industry has recognized the value and opportunity in film; a medium that could deliver exceptional visual display quality and the power of motion and sound, all at once.

The migration from print to video is owed to the evolution of the print industry. Once a one-way communication channel, where a brand communicated downward to the consumer, print media today has integrated itself into the digital world, creating a two-way communication channel popularized by social media. Easy access combined with bored cyber ‘trollers’ (for lack of a better term), are all of a sudden given authority to comment and dictate the direction of a brand. Good—for some brands, but at a luxury and exclusive level? Not so much.

Instead of being the dictators of trends, fashion houses now assume the role as one of the many moderators in a “fashion community.” As an industry fueled by self-appeal, and also one used to holding the power of dictating trends, the fashion industry desperately needed an outlet to claim some control back.

And they found it in video. Unlike words and still photography, fashion film allows producers almost total control of their content. The creator of the fashion film is able to take full control of the viewer’s mind, guiding the viewer through the director’s sole perspective for the entire length of the film. The viewer is given no room to wonder, as their sense of sight and sound are robbed by the screen; staring in bewilderment and awe- both at the videographer’s talent, and also at the fashion houses’ world of created magic. With video, the fashion industry is now able to take control of the content they are pushing out again, gaining back their brand equity. In a ffashion ilm, the viewer is transported into a world of rich decadence or an out-of-the-world fantasy, lured into the world of
luxury or extreme “avant-garde”-ness, leaving him or her mesmerized and craving for more of the video, and/or the product that was featured in it.

Videography also requires more technical skills-- there is more to capture than just a still shot of a pretty face and outfit, as popularized by the Who What Wear/ Sartorialist blogging culture. Unlike a blog post, film is a medium that requires more than a quick 10-second scan down the screen. A video must also indulge the viewer with a plot, setting, and an ambience brought on by the use of sound, demanding a higher level of planning in terms of content. In video format, the movement of a garment, which either liberates or constricts the motions of the wearer, can
be better illustrated in a moving image. The suggested occasion for the garment can also be shown through ambience, created by a film’s soundtrack. Through movement, more than the sense of sight and sound are evoked, as one starts to perceive the texture of the garment based on the way it moves and sounds against the air. The ambience enhances the desired scent of the video; one can imagine a floral delight in the secret garden, or the smell of lust, combined with sweat, cigarettes and musk in a small speakeasy lounge. Film allows fashion to expose
itself in a theatrical manner, often seen in the presentation of haute couture collections.

In terms of talking business, comScore, a leading digital analytics company, stated that during May 2012, Internet users watched 37 billion online videos, of which 10 billion of them were advertisements. With such record-breaking statistics, the Fashion industry ought to take note of the large impressions that videos can garner, and focus on better allocating their efforts to creating engaging clips that will hopefully catapult into a viral sensation equivalent to that of PSY’s Gangnam Style.

Having said that, there is no questioning the power that an engaging video can hold in terms of establishing brand identity. The Fashion and Film outlet currently holds an abundance of opportunity and room for collaboration waiting to be capitalized by talented and innovative creative individuals that already exist in these industries. ~NT 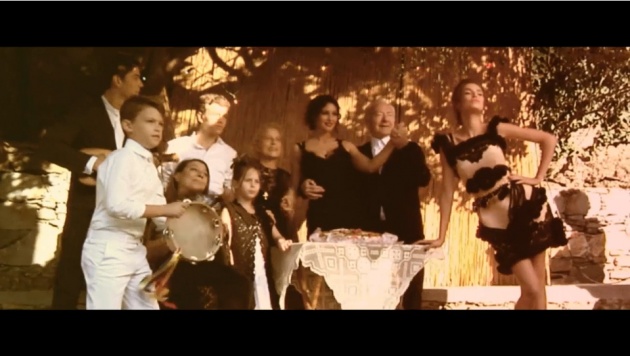