About 71 percent of the Earth's surface is water-covered, and the oceans hold about 96.5 percent of all Earth's water. Water also exists in the air as water vapor, in rivers and lakes, in icecaps and glaciers, in the ground as soil moisture and in aquifers, and even in you and your dog. 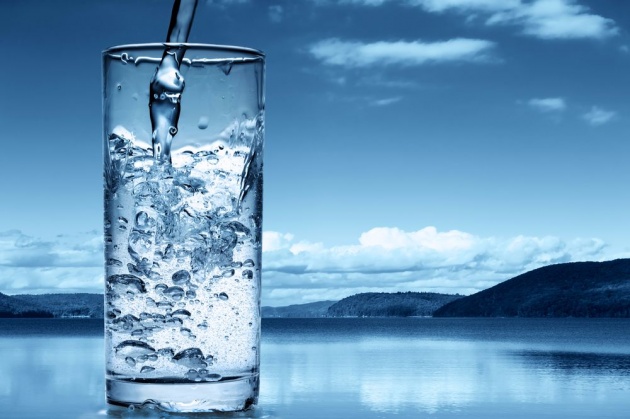 Water is an essential element of life. We use it for drinking, sanitation, washing clothes, cooking, etc. Can you imagine life without water?

Despite the fact that a large percentage of the earth is covered with water and the technological advancement that we have, it's quite alarming that many people around the world, including Filipinos, still have no access to clean and safe drinking water. According to a report released by the ABS-CBN in March 2011, some 16 million Filipinos have no access to clean and safe water. Source: ABS-CBN. 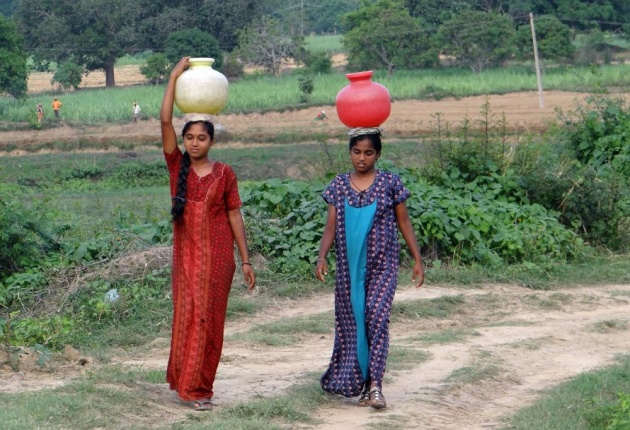 Women carrying water on their heads

The problem on lack of clean and safe drinking water is a worldwide phenomenon. It does not only affect those from the rural areas but also those people from the urban and big cities. It seems that everywhere in the world, the problem of access to safe and clean drinking water is a common issue. But compared to those living in the cities, people living in remote villages are much more affected by the problem. As I observe, people from the remote villages would usually fetch their drinking water from unsafe sources such as shallow wells or springs. Change in the season could even aggravate the situation; when summer season arrives, ground wells and springs will eventually dry up and the people are forced to find other sources. Likewise, when the rainy season comes in, these ground wells would be overflowed with water, thereby making it unsafe for drinking or for any other purposes.

Because of the current problem in water which is affecting the entire world, this concern was included in the 17 Sustainable Development Goals which was officially adopted, by the 194 countries of the UN General Assembly on September 25, 2015.

The first three out of eight targets include:

"By 2030, achieve universal and equitable access to safe and affordable drinking water for all."
"By 2030, achieve access to adequate and equitable sanitation and hygiene for all and end open defecation, paying special attention to the needs of women and girls and those in vulnerable situations."
"By 2030, improve water quality by reducing pollution, eliminating dumping and minimizing the release of hazardous chemicals and materials, halving the proportion of untreated wastewater and substantially increasing recycling and safe reuse globally."

I personally experience the scarcity of water during my childhood days. We live in a village in a rural area where there is no water faucet within or near the area. During those days, I still have no idea about a faucet or if it even exists. Being the eldest in the family of four, I was the one assigned to fetch water from a spring which I need to walk for about 6 kilometers before I could get drinking water. 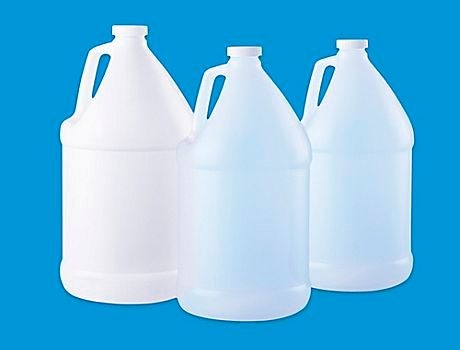 I need to do it after school with some of my friends and neighbors of my age.  Since we want to be able to come home quickly in so that we could still play outside,  we would cross a river by stepping on the stones placed across which serves as a path that can be used to move across without getting wet. We always used that route despite my mother's disapproval since there is a way where we could go without crossing the river. Although that would require a much longer travel time.

Until one day, while crossing the river, holding each gallon of water with my left and right hands, an accident happened. Just as I was about to get to the shore, I fell down the river and the gallons of water were all thrown out of the river.  I need to go back to the spring, while my friends already have gone home.  From then on, I did not cross the river anymore. I also told my friends that someday, I will live in a place that I don't need to fetch water, instead, I will have a thing that I will just twist and the water will come out. I have that dream fulfilled. I transferred to the city and we enjoy the convenience of having water inside our home. But my old place remains the same. They are still suffering from the same problem.

In 2013, the national government implemented a program in order to address the said issues through the Bottom Up Budgeting or the BUB Program. The government released funds to the local government units for the implementation of different projects including water system.

It is the duty of the LGUs to organize a group that will take charge of the process of identifying a project for their specific area. The group shall be composed of members that will represent the different basic sectors of the community such as farmers, women, senior citizens, fishermen, etc.

Since this is the initial implementation, the people from the localities encountered several issues along with the implementation. They discovered that water projects are requiring different processes such as the identification of water source., making sure that the source would be reliable even after the passing of some period time, and undergoing several tests including potability test to make sure that the water is safe for drinking purpose.

Last February of 2017, we conducted a monitoring of all completed projects in compliance with the memorandum circular received by our office. We immediately set out for the conduct of monitoring especially those projects that were reported as completed. 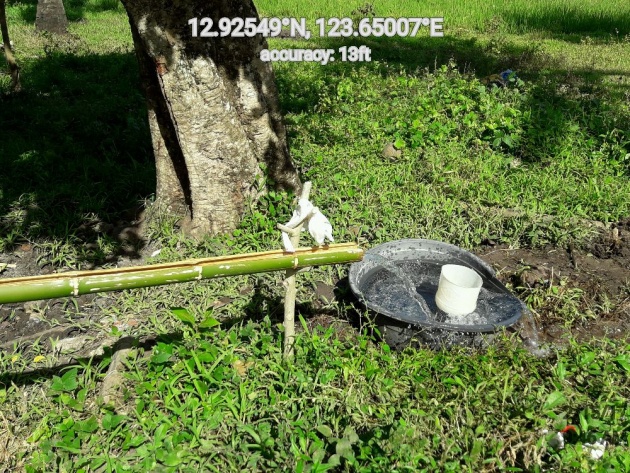 Water from the main source still undelivered to the consumers 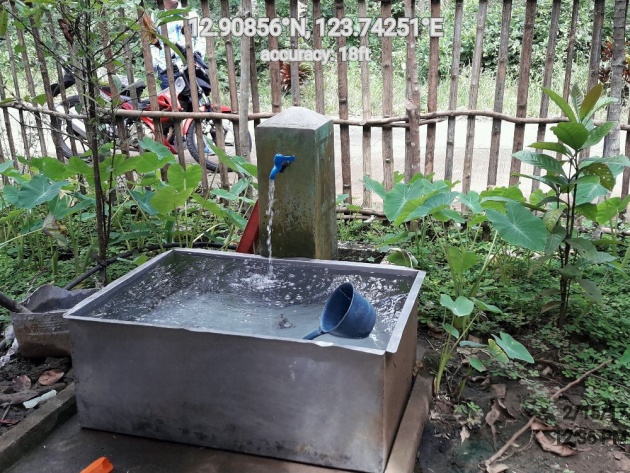 We went to every village where there were water projects to check whether the projects are already completed and to know whether the people from the villages are benefiting from it. 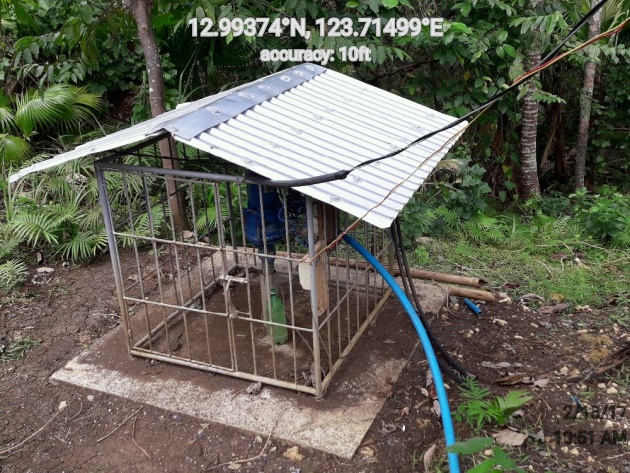 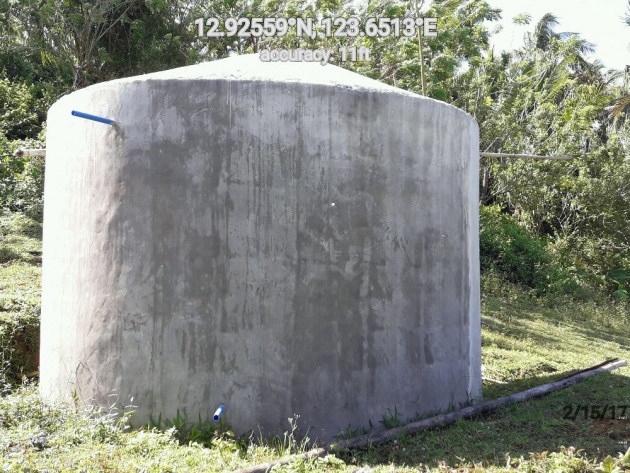 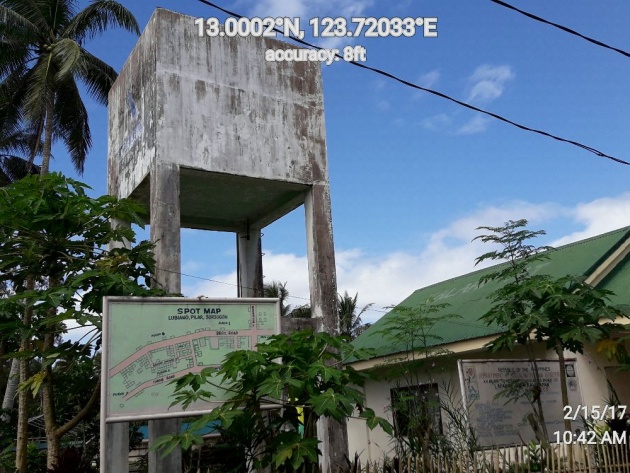 After checking on the different villages, we discovered that some are still complaining about lack of water. According to them, the village is implementing the rotation for the supply of water.  According to the head of the village, they would open the tank early in the morning and since they could not supply the entire village at once, thus they implemented a rotation system. This scheme is somehow unacceptable to some, although others have said it was okay with them. 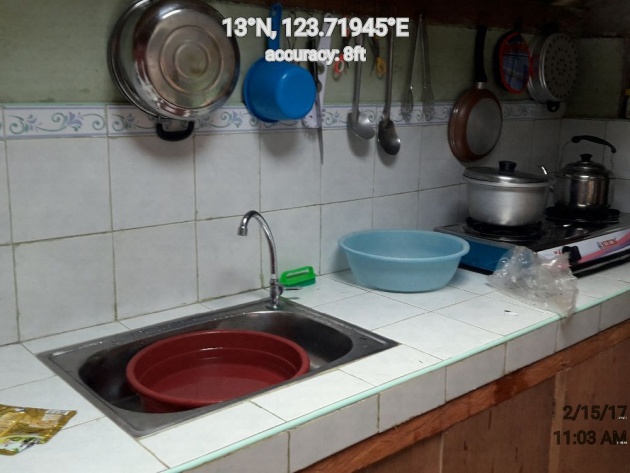 Household  has no water during mid-day

Upon talking to the residents, most of them said they are satisfied with the project and it is making life easy for them.

Others are requesting for additional projects so that they may be able to supply the entire village.  I told the people that I will forward the concern to the management and we will look into this matter.

I know the numbers of persons who have no access to clean and safe drinking water have already decreased, but we still have to do more so as that everyone will be provided with the same access.

This is a problem that needs to be addressed immediately because this is where the life of the people greatly depend. Water is a great gift from nature and everyone should be given equal access to clean and safe water.  For those who are lucky to be given an ample supply, the least that we can do in order to help resolve the issue on scarcity on water is to save water by all means. Because water is life.

Thank you for reading my blog. Please visit my blogs for more articles.

Written by Sharon Lopez for Bitlanders

Why should We Include Persons With Disabilities in the Society?