A Side Trip to Baguio City's Popular Landmarks: The Mansion and Burnham Park

Hello everyone! It’s nice to be back and I am here to resume writing about my Baguio City vacation. I’ve been resting a lot these days because of cough. My cough is on it's 18th day now and I am not sure if I am getting better or not. On the other hand, I always wear an anti dust face mask when I sleep because the air conditioner makes my throat dry which feels very painful after a few hours. I got this tip from a singer of one of my favorite bands. He said, wearing a mask when he sleeps keep his throat from drying. I tried it on my first day of cough; and wow, it worked!

Okay, enough with my cough rant. For this blog, I will take you to two popular places my mom and I had visited on our second day at Baguio City, The Mansion and Burnham Park.

Let’s talk first about The Mansion… 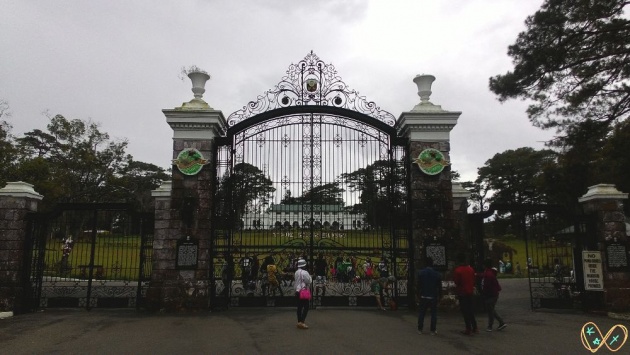 The Mansion, formerly referred to as Mansion House, was built in 1908 which served as the official homes during summer for the U.S. Governor-Generals. It was destroyed during the World War II in 1945 and was later rebuilt in 1947.

The Mansion is located at C.P. Romulo Drive in Baguio City, opposite to Wright Park. 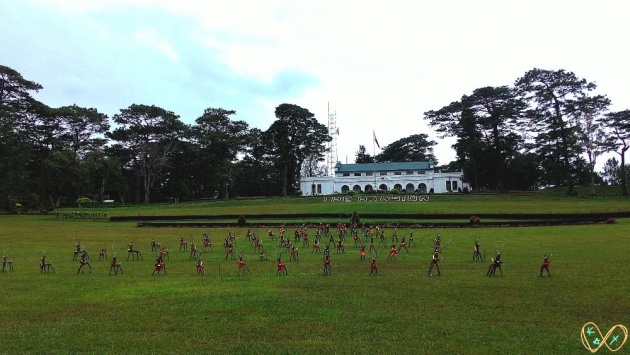 (image source: Katsanslimites)
A closer look of The Mansion house with the lawn decorated with reindeers made of twigs for the Christmas season.

After being rebuilt in 1947, The Mansion became the official residence of the Philippine President when visiting Baguio City. It serves as the Malacañang Palace in the Northern Philippines. Aside from being the official home of the President in Baguio City, it also serves as a place to hold government meetings and conferences like the second session for the Economic Commission of Asia in 1947 and the first meeting of Southeast Asia Union or "Baguio Conference" in 1950. 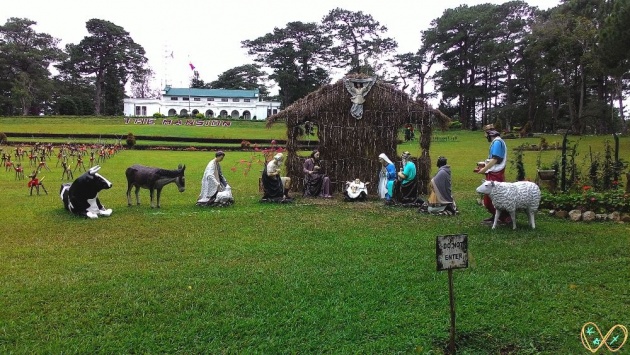 (image source: Katsanslimites)
A creche at The Mansion lawn.

A home rich in history, The Mansion has been one of the popular landmarks in Baguio City. It’s very accessible because it is just along the same road as Botanical Garden, Wright Park and Mines View Park. You can actually visit these four landmarks in just a half day because they are situated near each other.

(video source: Jerome Morada via Youtube)
A tour at The Mansion entrance.

Known as the President’s home in Baguio City, the entrance is guarded by a couple of soldiers. Visitors are also not allowed to enter the house. However, you are allowed to take photos in front of its sophistically beautiful high gate and enter its grounds. But take note of the "keep out" signages because I’m pretty sure that you’ll get reprimanded once caught trespassing. 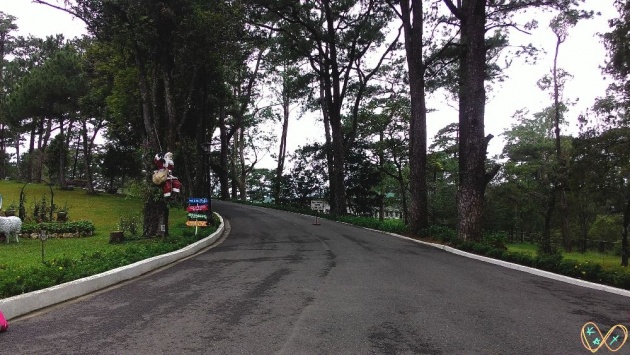 (image source: Katsanslimites)
A Santa statue hanging on the tree. Plus, the keep out sign at the middle of the driveway.

I am glad that we visited here during Christmas season because they had set up decors on the lawn area. There are tons of reindeers, a creche, and two Santa Claus statues (one on each side) hanging on a tree.

How to Get Here

It just takes about 15-20 minutes from the city proper to The Mansion. Since we came from Mines View Park going here, it only took us a very short time to reach The Mansion. Probably not more than 10 minutes when riding a taxi. Jeepneys are also available if you don’t want to spend more on transportation. Fare would probably not go beyond Php 10 on jeepneys. Meanwhile, flat rate for taxi in Baguio City is Php 35. But don’t worry, taxi fare from city proper to The Mansion won’t reach Php 100. Maybe just around Php 70 to 80. Riding a taxi is good if you are in a group or just want to have a more comfortable travel.

Is There an Entrance Fee?

There is NO ENTRANCE FEE to enter The Mansion but remember to look out for off limits signs if you don’t you don’t want a soldier to call your attention.


Moving on to our next destination... 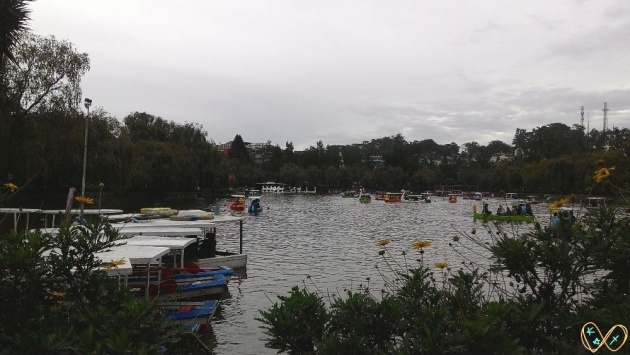 Burnham Park, established in 1925, was designed by American Architect Daniel Burnham whom the park was named after. Burnham Park is an urban park in Session Road and has a total land area of 32.84 hectares. The park was part of Architect Burnham's plan of improving the city of Baguio.

The Burnham Park is currently owned by the Department of Tourism. This park is very popular and can be compared as the Luneta Park (in popularity) of Baguio City.

Burnham Park is the most popular park in Baguio City as it is just located right in the busiest streets of the city. Visitors also have lots of things to enjoy as the park has 12 clusters: The Rose Garden, Igorot Park, Athletic Bowl, Orchadium, Skating Rink, Sunshine Park, Melvine Jones Grandstand, Pine Trees of the World, Japanese Peace Tower,Children's Playground, Picnic Grove, and the ever popular Burnham Lagoon. 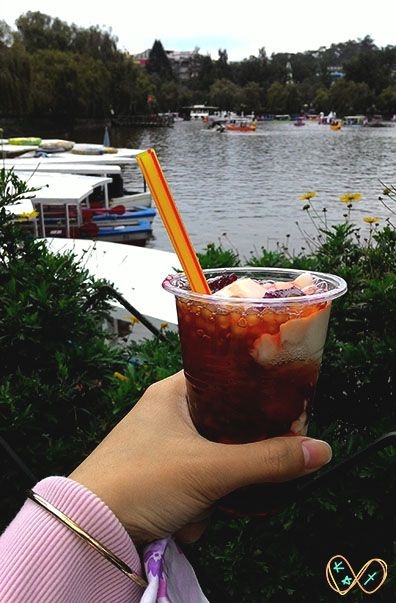 Too bad my mom and I just dropped by here because we only had a few minutes left until the last trip of the bus going back to our province. We only went here to buy strawberry taho, which is a trademark product of Baguio City. Strawberry taho is sold at almost every tourist spot, but we chose to buy at Burnham Park because we’d like to seat and relax at the benches while staring at the lagoon. (Haha!) I like the vibe inside Burnham Park very much. It's not totally very quiet but it's peaceful while hearing a bit noise from the busy streets of Session Road. (Uhm, I hope you get my point. Hehe!) 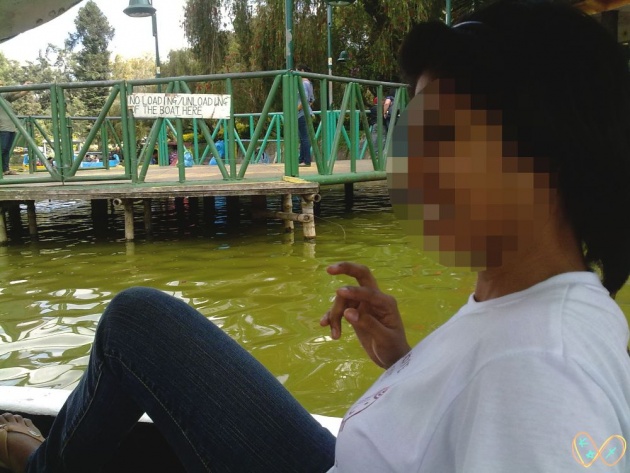 (image source: Katsanslimites)
My friend pedaling our boat. This photo was taken way back 2012.

I’ve been here at Burnham Park for several times already. I remember this is the first spot I’ve went to when I first visited Baguio City when I was in third grade. The usual activity we do here when visiting is riding a boat at the lagoon. You can either ask a staff to row the boat for you (with separate fee, if I remember it right) or you can just row by yourself. Just be careful not to bump on other boats. If you want another way of rowing your boat, you can rent those two-seater boats which can be controlled by pedals like those of a bicycle. I think it has pedals on both seats, so you and your companion can easily control the boat whether to go left or right (Or straight ahead full speed. Just kidding!). Aside from having fun, you're also like having a workout for your feet which is nice. By the way, the water at the lagoon is 10 feet deep. Be careful not to flip your boat! (Lol.) 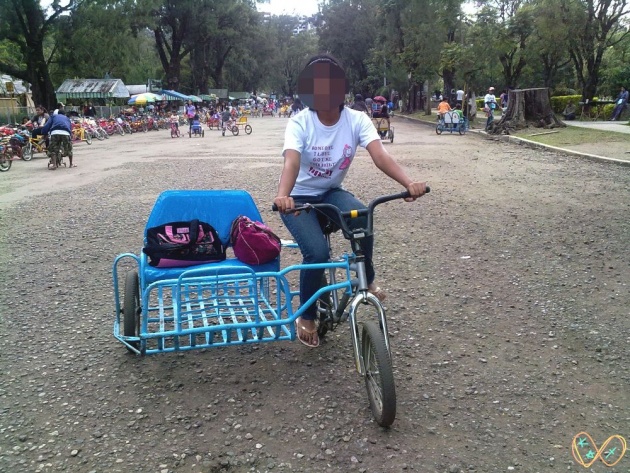 (image source: Katsanslimites)
My friend and I rented a three-wheeled bicycle because I don't know how to ride a bicycle. We take turns in driving. Photo was taken last 2012.

There is also an area where you can rent bicycles which is very much popular for children. I have tried this six years ago and the rent back then was Php 40 ($0.79 USD) for 20 minutes. I'm not sure how much the rent costs now. There are also lots of food and souvenir vendors around, you'll never get bored for sure.

How to Get Here

Burnham Park is located at Session Road and so you'll most likely get a chance to see or visit this park when you go at Baguio City. It is also near the popular mall, SM City Baguio, and you can definitely reach Burnham Park from the mall by walking. You just have to know which street to take, else, you'll get lost and you wouldn't want that because walking in Baguio City is a little tiresome due to the inclined roads. Best thing to do is to ask for directions when you feel like you're headed the wrong way. Or you can use the Google Maps phone application to guide you.

Is There an Entrance Fee? 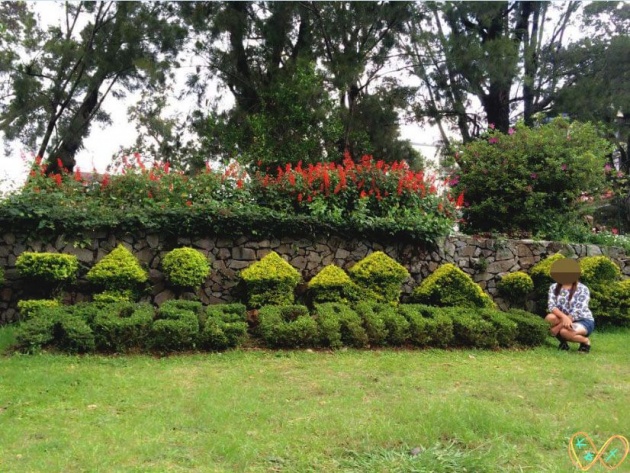 Burnham Park is FREE for everyone, anytime of the day but activities like riding a boat at the lagoon and renting a bicycle is not free. This is a place I'd love to go to when I just want to take a rest from walking around the city. 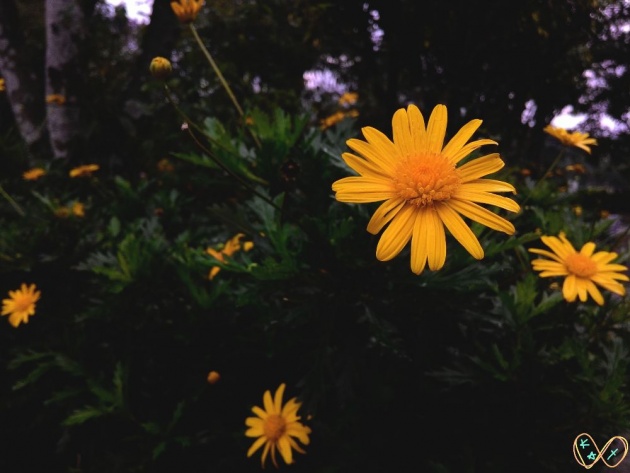 These landmarks shouldn't be missed when having a trip to Baguio City. It was my first time to visit The Mansion and it felt great being able to see the President's official home in the city even just the facade of the house. Upon researching right now, I read that there is a museum inside although I am unsure if it is open for public because there were off limits signs just near the entrance. On the other hand, I highly recommend strolling around Burnham Park when you have extra time. The area is wide and peaceful even though it is located at the heart of the city. There are lots of trees and flowers, you'll even see some butterflies flying around which is very rare to see in a city nowadays.