A Successful Life Without Brain

Sponges don't ponder about the meaning or origin of life. But in some ways they are better at the whole life thing than we are. They have lived for millions more years, surviving on the sea floor by taking in nutrients through their porous bodies.

To our eyes, they look almost laughably simple. They have no brain, and indeed no nerve cells. But they get along just fine without either.

Sponges' brainlessness might even be a positive thing, something that evolution has favoured. Some scientists now believe that they once had a brain, or at least something much like it, but then got rid of it. And they are not the only ones. To us the brain seems like a necessity, but it may be that some animals actually do better without them. 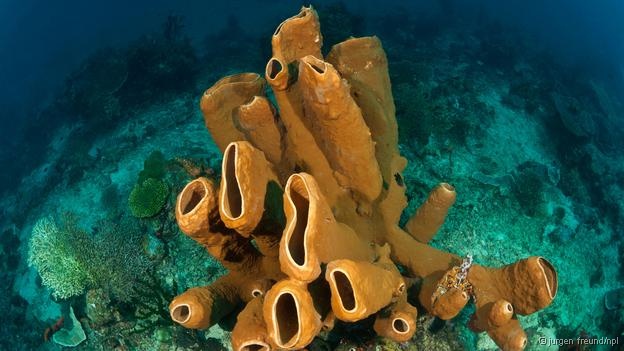 The oldest known fossil with a complex brain is about 520 million years old. This was a time when life became much more abundant and diverse, often referred to as the Cambrian explosion.

Discovered in China, the animal looked like a woodlouse with claws. It seems to have had an elaborate brain-like structure consisting of a fore-, mid- and hind-brain, all of which had specialised neural circuits.

This suggests that complex brains were in place as early as 520 million years ago. But they may not have stayed. 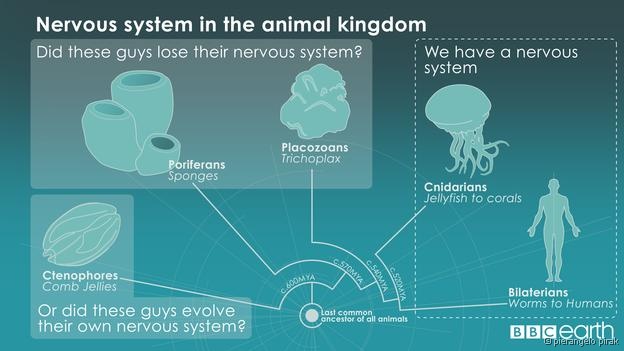