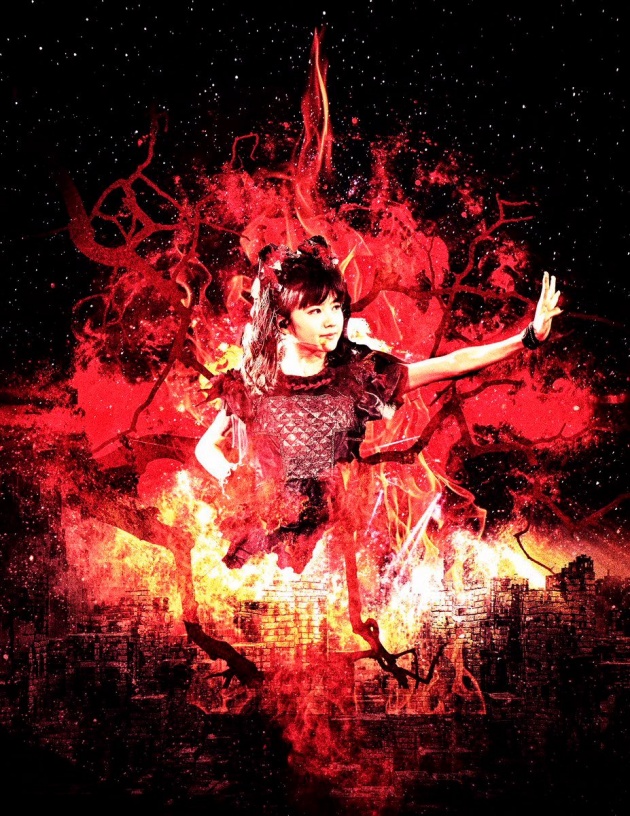 Members of music groups are always thought by fans to remain in the group forever. They do the perfect dance formations, and showing their teamwork in singing and dancing. However, behind those smiles and looks of contentment they show in front of the camera, lie thoughts of dissatisfaction and moving out of the group, just like Yuimetal of BABYMETAL. 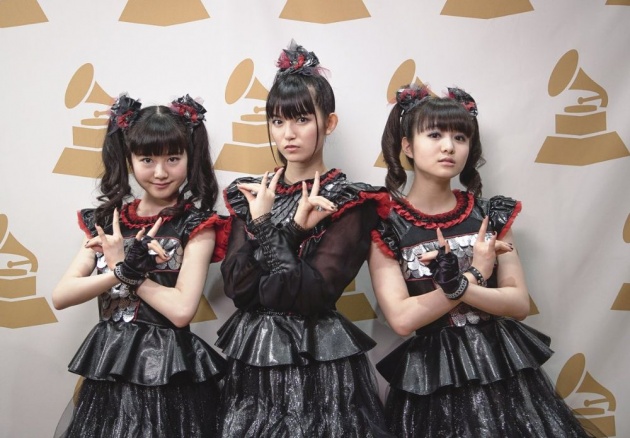 BABYMETAL is a Japanese metal and "kawaii" (cute) band formed in 2010 under Amuse, Inc. with three members namely Suzuka Nakamoto or "Su-metal" (lead vocals), Moa Kikuchi or "Moametal" (dance and scream), and Yui Mizuno or "Yuimetal" (dance and scream). The three girls are backed by a band they call "Kami (God) band" where its members are among the most talented musicians in Japan. BABYMETAL's music is a fusion of metal and the kawaii pop idol culture of Japan, a unique idea of Kei Kobayashi or "Kobametal", the band's producer. Their music is often perceived weird and out of the norm, but it's freshness to the ears and the band being overall unconventional never failed to attract attention and earn fans all over the world. The girls also have a trademark hand sign which they call "fox sign," in honor of a God called "The Fox God." 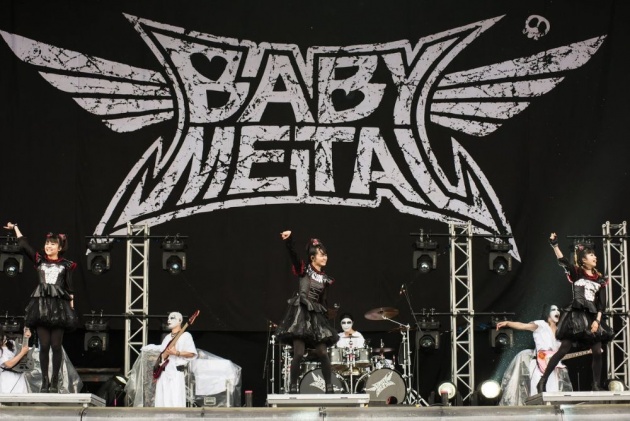 BABYMETAL currently has 2 albums and 10 singles. In 2016, their 2nd album "Metal Resistance" debuted at #2 in the Oricon Charts, #15 at UK Albums Chart, and #39 at Billboard 200, and #7 at Digital Albums. These made them the first Japanese band to enter Billboard 200's top 40 after 53 years. Meanwhile, their 1st album "BABYMETAL" ranked 187th on the Billboard 200 last 2014. They were the youngest act to perform at Nippon Budokan and the first Japanese act to perform as main act at SSE Arena. They have also performed a 2-day show at Tokyo Dome, one of Japan's biggest venues, last 2016. Music festivals like Rock in Japan, Summer Sonic Festival, Download Festival, Rock on the Range, Rock am Ring, and Rock im Park. BABYMETAL had also performed with popular artists like Metallica, Judas Priest, Red Hot Chili Peppers, Guns N' Roses, Korn, and Lady Gaga to name a few.

For more info about BABYMETAL, read my blog "Babymetal: The Queens of Metal from the East!"

Yui Mizuno or "Yui-metal" (born on June 20, 1999) is BABYMETAL's dancer and backing vocalist just like Moa-metal. She is from the Kanagawa Prefecture in Japan and is a former member of the group Sakura Gakuin, a girl group also under Amuse. She also became a member of Sakura Gakuin's sub groups, Baton Club and Twinklestars where Moa-metal had been a member as well. Yui has been paired with Moa since the Sakura Gakuin Days.

As Yui-metal, she wears a costume the same as Moa-metal. They looked utterly the same, like twins, and new fans could hardly tell who is Yui-metal and Moa-metal. However, there are three things you should look for to easily spot who is who if you are still new to BABYMETAL. Yui usually stays on Su's right, wears her glove on her right hand, and have loose curls on her pigtails. Meanwhile, Moa stays on Su's left, wears the glove on her left hand, and has a one curl on each of her pigtails. If you are still confused, just find the cutest one with puffy cheeks. That's Yui for sure! On a side note, Yui loves tomatoes and Ariana Grande.

Yuimetal have went missing on the shows since the "Legend - S - Baptism XX" last December. The management have informed fans that Yuimetal was sick and couldn't make it to the show. However, nobody knew this was the beginning of Yuimetal no longer appearing on BABYMETAL. During the world tour in United States and Europe, BABYMETAL fans were surprised with Yui's absence. They were enraged to see only Su-metal and Moametal, surprisingly, with two extra dancers whom they assume was part of "The Chosen Seven" gimmick the management was trying to make.

Speculations circled around fans that Yuimetal has decided to leave the band, been removed by the management, or worst, is gravely ill. Some fans even thought she might be pregnant. Even with fans rummaging BABYMETAL's social media accounts on the comments section, the management still had remained mum to the whereabouts of Yui. 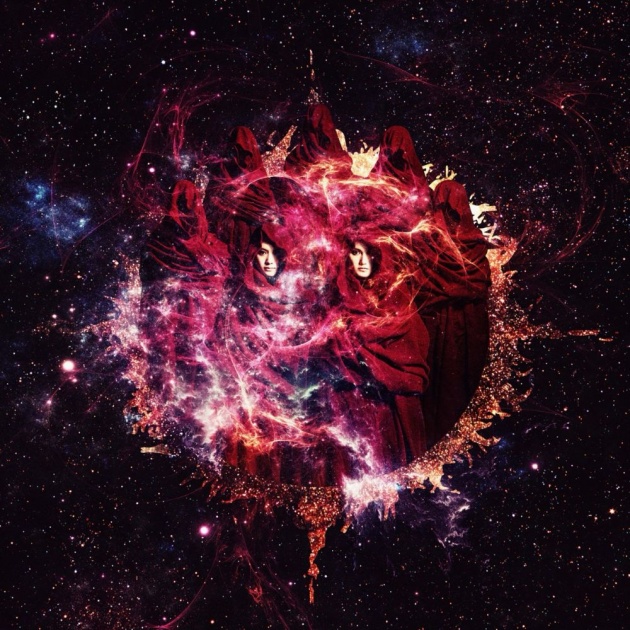 The silence for almost a year was broken and speculations have finally ended last October 19 when the management posted a link to BABYMETAL's website which includes a statement from the management and a message from Yuimetal herself. The post on their social media accounts also included a photo of the girls without Yui.

(BABYMETAL have already removed the statement on their website but here are the screenshots from fans.)

The management announced Yuimetal's decision of leaving the band, thanked her for being a part of BABYMETAL, and wished her the best on her plans in the future. With Yuimetal's withdrawal from the group, the management asked the fans to continuously support the new era with Su-metal and Moametal. 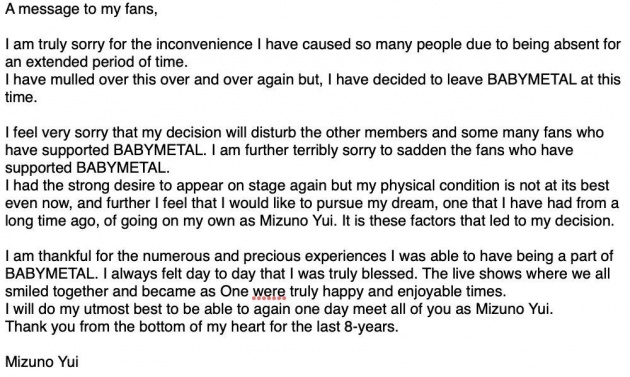 In addition to the announcement from the management, fans also finally got a message personally from Yuimetal. On her message, she apologized for causing inconvenience to everyone during her absence. She told that she have decided to leave the group to pursue her long time dream, a career of being herself, as Yui Mizuno.

"I had a strong desire to appear on stage again but my physical condition is not at its best even now, and further I feel that I would like to pursue my dream, one that I have had from a long time ago, of going on my own as Mizuno Yui. It is these factors that led to my decision."

Yui apologized to the other members and fans supporting BABYMETAL. She also expressed her gratitude for being a part of BABYMETAL for 8 years and reminisced the wonderful moments she had during live shows, describing it as happy and enjoyable times.

The BABYMETAL fandom was shaken up with announcement and Yuimetal's message. Comments expressing their disappointment and anger over the management, and sadness over Yuimetal filled BABYMETAL's social media accounts. Some fans who own the BABYMETAL Funko Pop began selling their Yuimetal Funko Pop while others said they'll quit being fans and no longer support the group. However, there were also fans who have already seen where Yui's long absence is going to end and respected Yui's decision of leaving instead. They encouraged other fans to continue supporting BABYMETAL for the remaining girls, Su-metal and Moametal.

On Yui's departure, fans bid farewell by creating tribute videos and photos for her, and thanked her for being a part of BABYMETAL as Yuimetal for 8 years. They wished Yui good luck on whatever she have decided on the future and promised to support her even though she's no longer in the group.

WHAT I FELT WITH THE NEWS 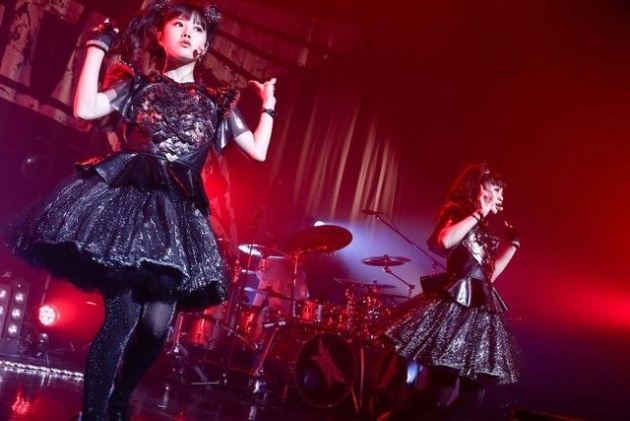 Yui was the first BABYMETAL member that I loved. As a Yuimetal fan, I was deeply saddened with the announcement. It felt like a cold water was poured over me. I was, too, mad at first just like most of the fans. I felt like I've lost some interest to support the group. Knowing that I would only be seeing Su-metal and Moametal on the stage from now on looks so weird for me and had made me really sad for Moametal as well. Even with two extra dancers on the background, Moametal still looks alone especially during the songs where she is supposed to sing alternately and dance reciprocally with Yui. With Yui no longer performing with them, Moametal had to sing Yui's lines too. The group really looked like a broken seesaw for me.

After some time, I began listening again to their songs and realized that BABYMETAL is still BABYMETAL even without Yui. Su and Moa are still there giving their best on stage to keep BABYMETAL alive. For that reason, I should continue listening to their music even though the absence of Yui makes me sad.

The BABYMETAL management sure knows how to handle and balance situations as they released a music video of their new song, "Starlight", coinciding with the announcement of Yui's withdrawal from the group. The new song brought again speculations from fans, guessing that it was a tribute song for the "Little God of Guitar", Mikio Fujioka, BABYMETAL's guitarist who died after falling from an observation deck while stargazing last December 2017. However, they also did not disregard the thought that it could be a farewell song for Yui. Well, it can be a song for either of them.

"Starlight" is used as a promotional song for BABYMETAL's first graphic novel called "Apocrypha: The Legend of BABYMETAL." The song debuted #41 at the Billboard Japan Hot 100 and ranked #9 at the Oricon Digital Singles. "Starlight" also debuted at #17 on Billboard's World Hard Rock Songs category, while #4 at Billboard's World Digital Songs. It also became #1 on the Metal Chart while #2 on the Rock Chart, both in iTunes UK.

A NEW ERA FOR BABYMETAL 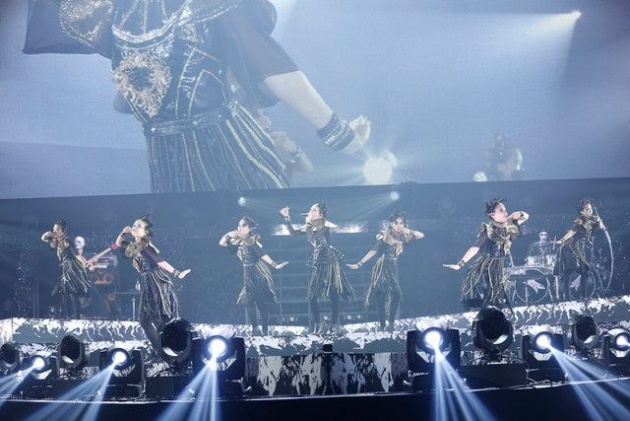 Now that Yui has departed from the group, three more dancers were added to the two existing dancers. So Su-metal and Moametal, plus five backup dancers, makes them seven. Thus, "The Chosen Seven." This is The Chosen Seven BABYMETAL had been teasing everyone since April. Five backup dancers. I don't mean to be sarcastic but no, we don't need more dancers to fill in Yui's space. If Yui had left, then Su and Moa are good enough to represent the group. Maybe they could just balance their roles on the group so Moa won't look out of place when dancing alone while Su is singing. Adding more dancers just makes Moa like one of the backups and it really makes me sad. Moa should stand out just like Su, but they made her blend with the backup dancers. It also looks very weird to see lots of girls dancing on stage on a BABYMETAL show. It's confusing and unnecessary. But what can we do if this is how the management and Kobametal wants the group to be from now on? I just hope they get the group back on its track and do something that's best for the two original members. 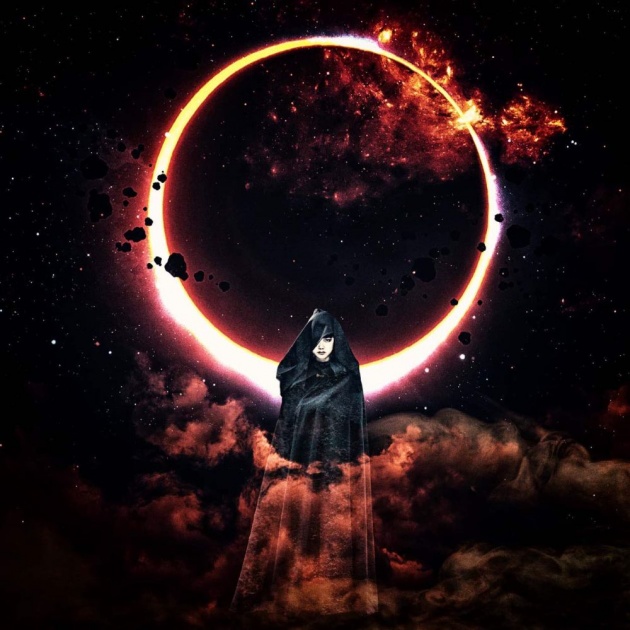 I am utterly sad that I will no longer see a BABYMETAL show with Yui someday. I will no longer see their cute and awesome choreography as a trio. All I could do right now is reminisce while watching their old videos. Us fans want Yui back but we should also remember that it is selfish to hinder Yui from doing her future endeavors. Maybe Yui felt that she could do something more than being Yuimetal of BABYMETAL. She wants people to know her as Yui Mizuno, herself on her truest form. If she's happy with her decision, then we should be happy for her as well even though it hurts not seeing her anymore on a BABYMETAL show. Good luck, Yui Mizuno!