I was one of those lucky nieces who was able to get a treat from my aunt. :) My aunt came home from Florida because she wants to spend some time with family and also, one of the biggest reason is that, she wanted to attend my grandmother's birthday. :)

And, before, she made a promise to us that she is going to give us a travel treat when we graduate in college. And now, that just came true. :) Since I had already graduated in college, me, and two of my other cousins were treated by my aunt a trip to Coron, Palawan. :)

At first, I was a bit sad about it because my aunt just wanted to cancel the trip since my other cousin doesn't want to go but when she tried to contact Philippines Airlines, they said that they won't be able to give a refund so, we don't have any other choice but to go. HAHA :D (Thanks Philippine Airlines. LOL :D) 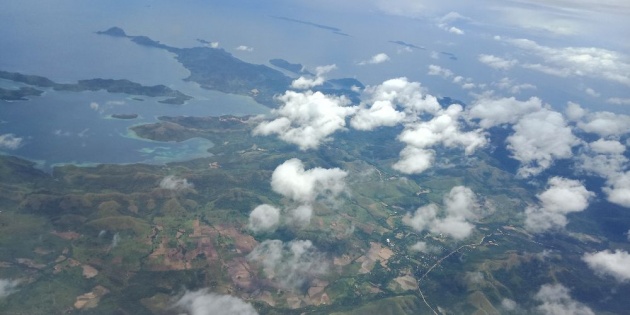 It was my first time to ride in an airplane and at first, I was all shaking because they were saying it is scary. They were saying that it feels like you are riding on a Ferris wheel and I got scared because Ferris wheel is scary. I got so scared that I couldn't even chew the gum I had properly :D But when I get to settle down on my seat and when the plane started to take off, and the moment I see those beautiful clouds really made all the fear go away. :) The clouds are just so amazing and I haven't really felt them this real. :D :) They look so fluffy that I wanted to just jump out for a while and lay on them. But of course, I couldn't do that. :D

A TOUR TO MOUNT TAPYAS :)

My aunt also didn't know where to go because all of us, it was our first time to go to the place. So, my aunt asked the people in the place where we stayed as to which place is good to visit and they suggested that we will go to Mount Tapyas. And yes, we did. :)

We rode a tricycle going there and the tricycle dropped us off at the foot of the mountain. :)

Mount Tapyas is one of the mountains they have there in Coron. A lot of tourists go there because it has the most beautiful scenery when you reach the top of it. Though thinking about the 700 steps would really make you feel tired and feel unmotivated but, you just have to drop those feelings because reaching the peak is just a great success and the steps are just all worth it. :) 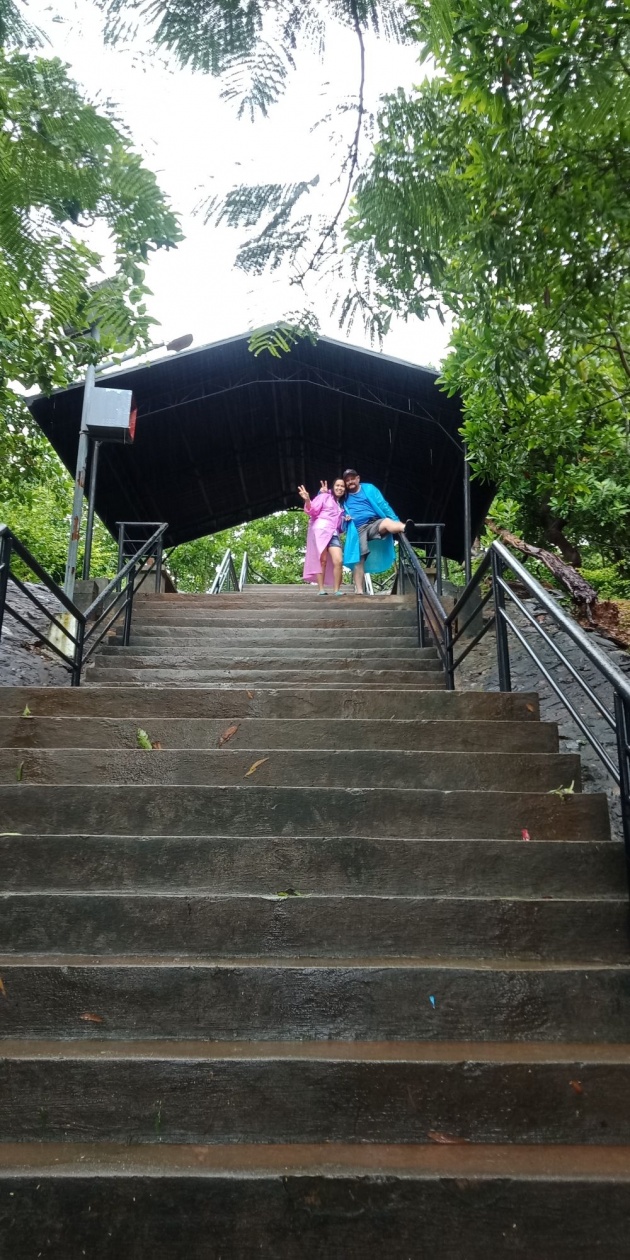 (my aunt and my uncle posed in the middle of climbing to the top of the mountain :D)

THINGS I LIKED ABOUT OUR TRIP. :)

1. I liked how the clouds are just above our heads. :) 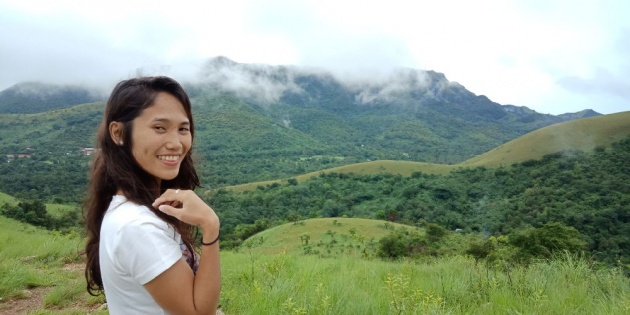 It was really one of my dreams to see the clouds up close and this, just made my dream come true. The clouds are just so near that I could even see them smoky in the mountains and sometimes, it feels like I was able to touch them. :)

Here is a video of me and my cousin. This just shows how amazed we were of the beautiful scenery :) 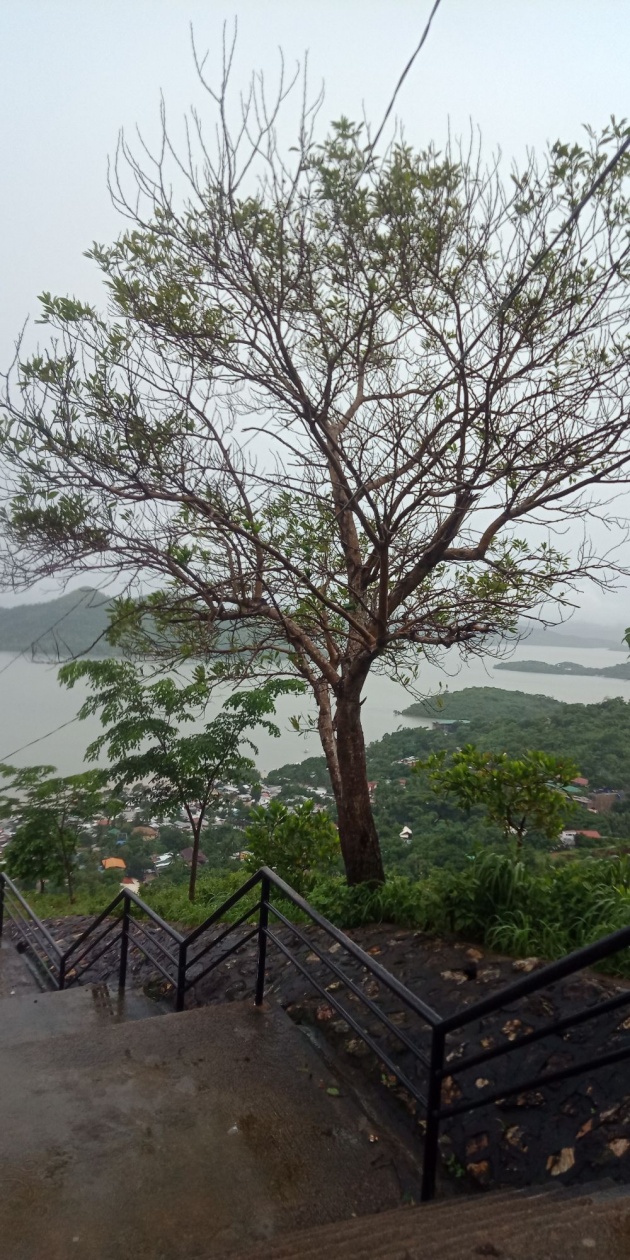 Yes, I have seen a lot trees because I also live in a province where there are a lot of trees but, seeing these is just extraordinary. :) 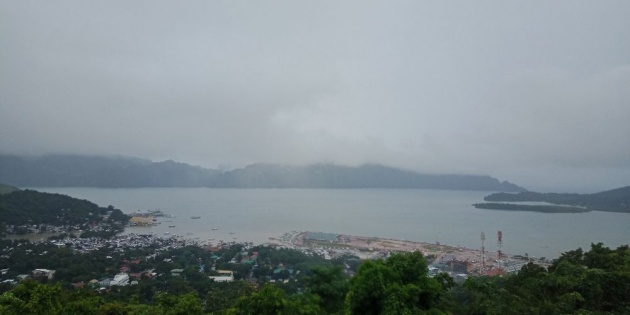 Having to see the beautiful horizon of the beach is just fascinating. You can see the little boats and you can also see the houses that are near the beaches. :) It is just very nice to think that God made all these. :) 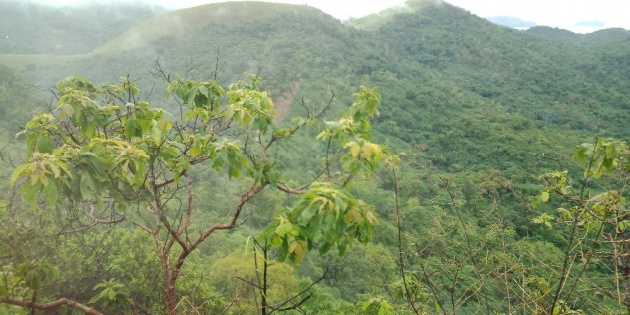 All these four combined, the clouds, the mountains, the ocean, and the trees, just really made a PERFECT COMBINATION to create such a fascinating scenery. We even forgot that it was raining when we were climbing there because we got so amazed by what we saw. :)

Well, I can describe this place as a heaven here on Earth.

Here are some of our pictures there. :) 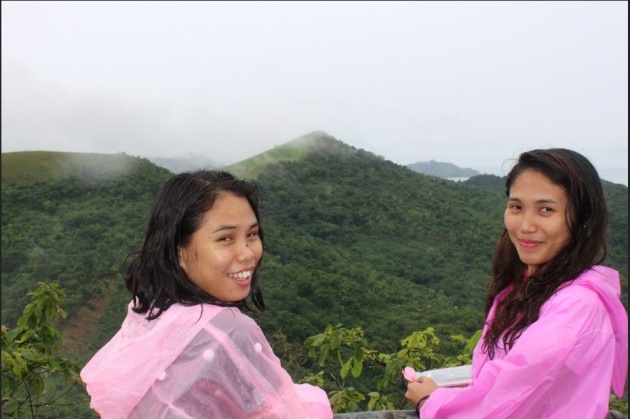 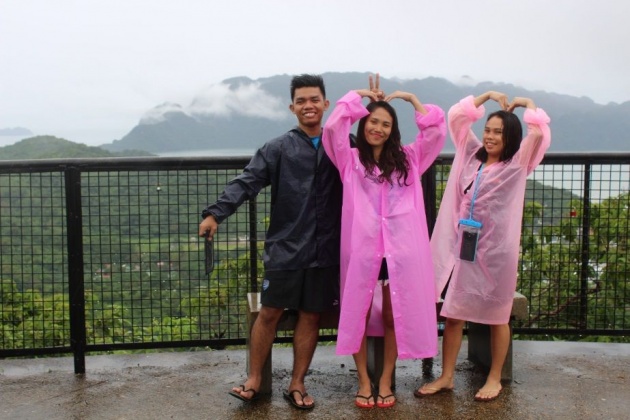 The smiles on our faces can't really be bought with million dollars. :D :) 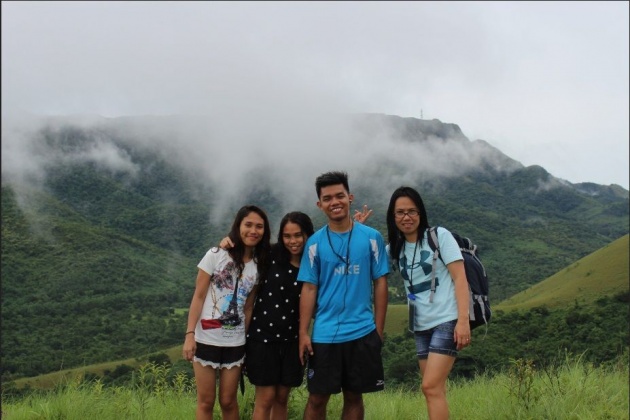 The background is just so AMAZING!!!! :) 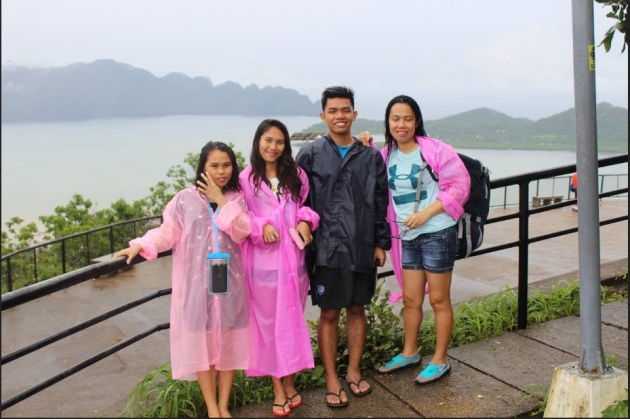 We were wearing our rain coats because it was raining when we got there. Good thing it just stopped though :)

GOING DOWN THE MOUNTAIN :)

Going down the mountain was like the hardest part of all. Because, when you go down stairs, you would really exert more force with your knees just so you won't get out of balance and fall. So, with that, it really made our knees all shaky even if we were still half way down the stairs.

But, having to see all these pictures, brings back all the memories that we had in this place and thinking about the cause of the shakiness of our knees, I can say, they are just all worth it. :) :)

It was such a nice experience that even in my dreams, I haven't seen that coming. But all in all, it was just an answered prayer and a dream come true. :) :)

"How amazing are your works, O God. How marvelous are the works of your hands. I will forever be in awe of your wonder, my Lord." :)

"Seeing the beauty of Your creation, Lord, made me fall in love with you more deeply."