A window on my past.

In the midst of my hunger...

I've been looking through more old footage, and stumbled across a little gem in this article:

1959, in Tipperary!! My mum and Grandad would have been at this very music festival, just a short way up the road from where my parents would have grown up. My mum would have been 7 at the time! And they would have been in the crowds watching or even playing some of the instruments in the competitions taking place. My grandad was a well known fiddle player, and my mum used to play the tin whistle along with him, so no doubt they would have been heavily involved when the festival came to their home town.

Its very odd to look back at times when my mum would have been growing up. How different things were!! But its also a glimpse at my history. Music is a huge part of my life, and my families life, and it was events like this that started all that!

Not only that, but this traditional festival still happens every single year, in different parts of Ireland, and it's a festival that used to shape me and my siblings summer holidays every year. The last weekend in August would always mean a trip to a different Irish city to play and listen to music. When it returned to Tipperary years later, my sister even won the fiddle competition at 16! 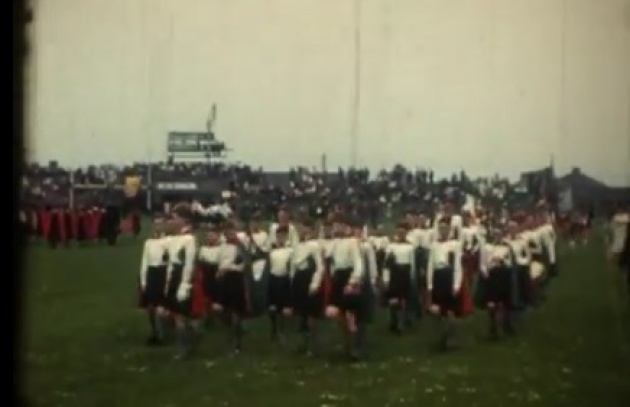 Today is my mums birthday and I've sent her this video as a little gift! She speaks incredibly fondly of her trips with her dad to music festivals. She was the 'musical' one of her family of 6 siblings, which I think gave them a special bond, and its amazing to be able to look back on a time my grandad lived, and get a glimpse of the life of the man I never got to meet.

I'm proud that the musical tradition has passed down to all three of us. I might even pick up my violin today for a bit of a play!

Today is also the day I'm finally going to cut together some footage I have found, and cut it into a film. Its so important to be able to see our history, our historical influences, what has shaped our society and our lives, and appreciate it moreso because of that. 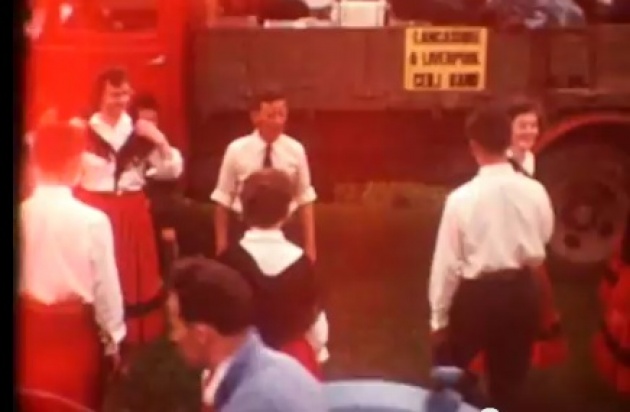 Lastly, the man who found the footage and posted the article, concluded it like this, after spotting his father on the stage:

"I sit in a New York office thousands of miles away and ponder the imponderable past. Oh to be able to step into that video, walk up to the man on the stage and introduce myself again."

And I feel the same about my grandad. However its not too late to appreciate what we DO still have... so I'm going to go and ring my mum and dad now, and pick their brains about every little detail when they were growing up... and in the future, I will certainly take my children to the Irish Music Festival (Fleadh Cheoil) in Ireland, and show them where it all began!

There was a young boy named "SHINE" His speed was faster than speed ofspark. He went out one day In …

There was a game I loved most. As a child I played it with friends within a quarter of our polygon y…

Time to move on

Yesterday is a thing of the past. Do not be hard on yourself about things you cannot change. The p…

A Place to Flashing Back the Memory

Always, there are places that can remind us memories. For me, it's on a Japanese eatery at the 'toba…