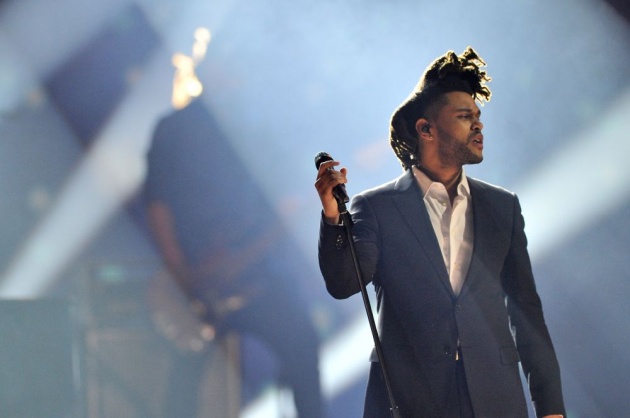 Hello Friends, I hope you are doing fine. Today, I have come up with my another new blog with the title of Abel Makkonen Tesfaye - A Wonder Boy.  Friends, Canadian born Abel Makkonen Tesfaye is widely recognized by his showbiz name The Weeknd.  He is the wonder boy because in a short span of time, he has won many accolades and awards because of his talent in music and singing.  He is a multiple Grammy Awards as well as American Music Award winning singer and song-writer who has distinction in Pop Music and R&B Music genres.  He has won many other National and International awards.  So many people out there are not aware of him but he has been there on the Music Charts for quite a while and has been giving number one songs on International Music Charts. He originally belongs to a poor African nation but has strong determination and talent to prove his worth.  Friends, he has validated the fact that if you work hard and if you have talent then nobody can stop you from achieving your dreams.  He has rocked the Music World with his sheer talent and ability to produce great music.  He has a sweet and melodious voice and those qualities have made him a renowned personality in the world of music.  He has been successful throughout his music career and has sold many millions of his records across the globe in just a few years.  In this Blog, I shall discuss his career, starting from his early life and moving towards his efforts in the music world and the life after the stardom he has attained. 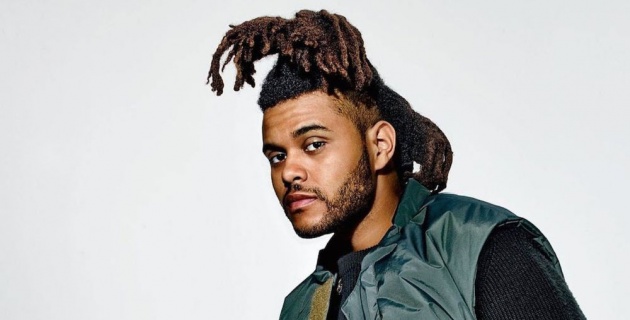 If you try to play your luck, ain’t nobody gunna care enough to catch you fall.  A simple warning that’s so accurate.

Quote By:  The Weeknd

Abel Makkonen Tesfaye was born on February 16, 1990 in Ontario, Canada.  His parents were from Ethiopia who had migrated to Canada in 1980s.  When he was just a year old, his father left the family, therefore, he was brought up by his mother who worked as a nurse and also as a caterer to earn livelihood for the family.  Abel Makkonen Tesfaye was the only child of her mother and she took full responsibility for the brought-up of her son by taking up several jobs even in nights in order to provide Abel Makkonen with some education.  Later on, Abel Makkonen left the house when he was about 17 years old to pursue his ambitions in music.  He had started writing songs by that time and on one day, he eventually met with Jazz Music Producer Jeremy Rose and started a collaboration to work on their album.  However, destiny had other plans and this collaboration could not move further for a long time.  Meanwhile, Abel Makkonen kept working on his own style of music and uploaded his first mixtape titled House of Balloons in March 2011 on his youtube channel with the name of The Weeknd.  This mixtape was liked and praised by music lovers and that encouraged Abel Makkonen to release his two more mixtapes Thursday and Echoes of Silence in the very same year of 2011.  By that time, Abel Makkonen had received wide recognition as The Weeknd.  Soon after his successful three mixtape attempts, he got the attention of Music Companies and eventually, he got the opportunity to release his first Compilation Album with the title of Trilogy under the banner of Republic Records.  This album got double Platinum Certification in the United States and Canada as well as getting Gold Certification in the United Kingdom.  By that time, The Weeknd had realized the importance of a Music Company behind release of an album, therefore, he managed to sign a contract with Universal Music Group to form his own Recording Company with the name of XO along with his friend.  Having achieved this target, The Weeknd started working on his first studio album which he eventually released in 2013.  Here, I shall highlight some of his popular studio albums which contributed immensely in achieving the stardom that Music Star The Weeknd enjoys today. 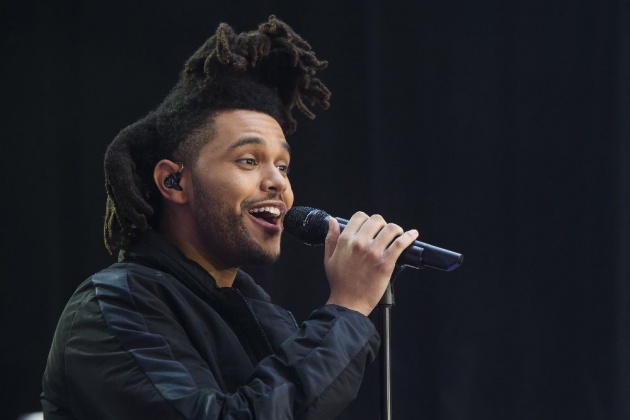 The Weeknd released his first studio album with the title of Kiss Land in September 2013 under the banner of XO and Republic Records.  The Weeknd had gotten enough popularity through his three mixtapes that he had released in 2011.  Therefore, this album also further cemented The Weeknd's image into the international music markets.  For this album, The Weeknd worked under many renowned Producers such as Grammy Award winning DannyBoyStyles as well as Harry Fraud and Jason Quenneville. This album was an international success as it reached number two spot on Music Charts in the United States and made a very good progress in The Weeknd's home country Canada.  It was also well received in Australia and in the United Kingdom.  This album was declared as a Hit album being an album of an artist who was a fresh entry into the Worldwide Music Markets and managed to sell a little less than half a Million copies worldwide. This album was based on R&B Music and contained 10 tracks.  This album received favorable and positive reviews from music critics and was generally liked by music lovers all over the world.  The Weeknd released six songs from this album and all managed to get attention of music fans in their respective countries.  Especially his singles Kiss Land, Belong to the World, Live For and Wanderlust managed to impress many music lovers.  The aim behind release of this album was to introduce The Weeknd into the commercial Music Market and this aim was achieved comprehensively.

♣     Studio Album - Beauty Behind the Madness 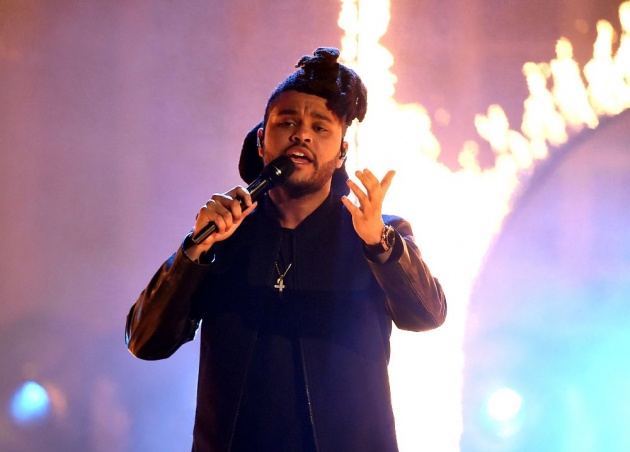 The Weeknd released his second studio album with the title of Beauty Behind the Madness in August 2015 under the banner of XO and Republic Records.  This Grammy Award winning album set The Weeknd's image and place into the World of Music on International Level.  Before this album, The Weeknd had knocked on the doors of Interntional stardom with his previous studio and compilation albums and this album further solidified his recognition throughout the world.  For this Album, The Weeknd worked in collaboration with other Grammy Award winning Artists, Music Directors and Producers such as Ed Sheeran, Illangelo and Che Pope.  This album was also an international success as it reached number one spot on Music Charts in many countries like the United States and the United Kingdom and was one of the Best-Selling Albums of the year 2015.  This album was a Commercially Hit album and managed to sell more than 3 Million copies worldwide. This album, containing 14 tracks, was based on Pop Music, R&B Music and had a little touch of Alternative R&B Music.  This album received favorable and positive reviews from music critics and was liked by music lovers all across the globe. In order to promote the album, The Weeknd released five songs from this album and all managed to get worldwide attention and praise as well as managing high spots on the Music Charts in the United States and Canada.  Especially his songs Often, The Hills, Can't Feel My Face and In The Night  managed to impress the audience around the world.  For this album, The Weeknd received a lot of awards and certifications. Some of the highlights of The Weeknd's awards for this album are as under:

♦     Certified as four times and three times Platinum in Canada and the Unites States respectively.

♦     Certified as double Platinum in Denmark as well as Platinum Certifications in Australia, the United Kingdom, Poland and Sweden for its high selling and popularity. 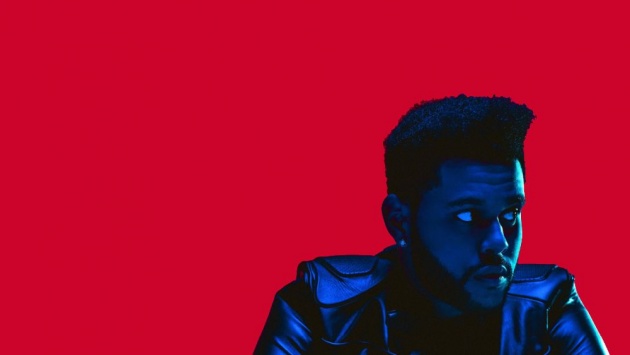 The Weeknd released his third and latest international studio album with the title of Starboy in November 2016 again under the banner of XO and Republic Records. This album was released as a follow-up of his previous album 'Beauty Behind the Madness' which was a success on Music Charts. This music album was also based on Pop Music and R&B Music genres.  For this album as well, The Weeknd worked as Co-Producer in the collaboration of other famous and renowned Artists and Producers such as Daft Punk (giving Guest Appearance), Future (Rap Artist) and Doc McKinney.  The Weeknd's this album received favorable reviews from music critics and was loved by music fans across the world. This album was declared to be a massive Commercially Hit album and managed to sell more than a whopping number of 5 Million copies worldwide. This was one of the Best-Selling Albums in the year 2017 in many countries such as the United States, the United Kingdom, Canada, Australia, Germany and in many other countries.  This album reached number one spot on the US Billboard 200 as well as on Billboard Canadian Albums Chart.

The Weeknd released six singles from this album and all managed to reach within top 20 to top10 spots on Music Charts across the globe.  Especially, his released songs Starboy (video above), I Feel It Coming (video below) managed to reach number one and number four spots respectively on US Billboard Hot 100.  The Weeknd's other singles such as Secrets, Party Monster and Reminder also managed to impress the music lovers on international level and managed to reach high spots on Music Charts in their respective countries.  The Weeknd's song Starboy is also one of the Most Viewed Video Songs on youtube.com as its viewership has crossed more than 1.3 Billion.

The Weeknd received a lot of praise and recognition for this album.  Some of the certifications, awards and accreditations he received for this album are mentioned here below:

♦     Certified as double Platinum by the Recording Industry Association of America (RIAA).

♦     Certified as three times Platinum by the Music Canada. 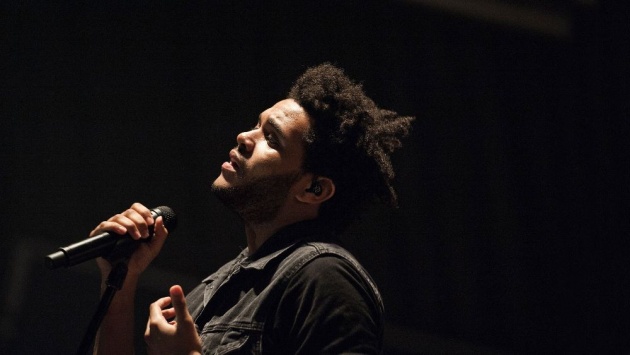 The Weeknd is a new music sensation and an addition of a beautiful voice which has a wide range and a superb vocal quality.  He is a successful Singer, Songwriter, Musician, Producer and Performer. He started from a modest beginning by posting his music work on youtube.com and showed extreme determination and enthusiasm to reach stardom that he enjoys today.  He has this amazing ability to show emotions and feelings in his songs which touches the hearts of music lovers.  As a Business Entrepreneur, he has been making collaborations with other giants in business such as PAX Labs and Puma to promote different products which are health and nature friendly.  He is an active Philanthropist, Social Worker and is associated with many charity organizations and loves to contribute in fund raising for noble causes to serve humanity. For instance, he made donations for University of Toronto to promote Ethiopians' language (which is his ancestral background) and other welfare activities.  He also worked with other Charity organizations to help children in their primary Healthcare and Education.  Abel Makkonen Tesfaye a.k.a. The Weeknd is a role-model for many young singers and musicians around the world who have passion for music and humanity just like him. 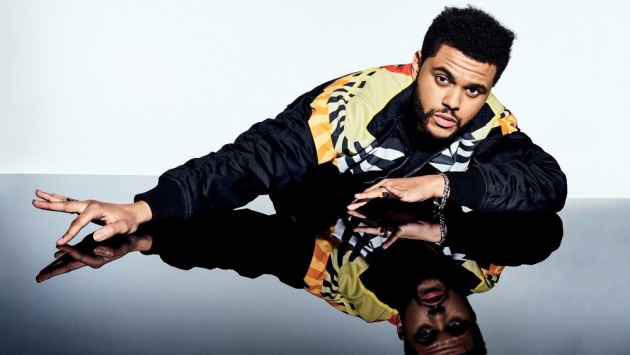