Organization these days try their best to ease their information systems that help them to perform efficiently and effectively. But in doing so at times they also face certain difficulties that become hurdle in the development of the organization and overall output. Developing a custom software definitely provides an organization with the competitive edge. They develop such software that help in providing them with the timely and accurate information for example recording the purchases, inventory, account receivables etc.

As discussed above the hurdles include poor requirements, poor top management that can’t focus on managing the custom software, the complex software and unqualified staff.

The important thing is that the developer has to have in-depth knowledge of the organization's industry, about its business and how it function, he will have to sign a contract, defining the project whether it is in line with the requirements of the organization, and penalties applied if the directions are not followed, during the development the developer has to pay attention to every detail, communication should be effective and have control on all cost and reduce the cash flows until the project is approved.

“Build or Buy” decision is completely up to the organization which again depends on their needs. If some company decides to develop a software according to their needs which they think will work for them but after sometime they decide to use the canned software to have an extra edge in the market and finally they make changes to their own in-house made software. Gillette and Pepsi examples are given in the course recommended book.

To understand the end user developed software a couple of interesting are given in the book for example when cars were manufactured so there was thought that the manufacturer or other people would work as the drivers for the customers and same goes for telephones that an operators would be required. To meet the information needs most of these assumptions were removed and software are made so easy and less complex that a person doesn’t have to be an expert to use the information. End-user computing (EUC) is an example of doing so.

Out of the examples mentioned in the book, we’ll just take a look at the Microsoft excel spread sheet. Let’s take an example of SME, a removalist company. They used an excel spread sheet to use it for many reasons. The developer uses the formulas and functions to make it easy for the end user to operate it and use the information as per their needs. Payroll section is defined which helps the end user to use the information easily, booking section is properly defined and made easy for the end user to operate in a timely manner and overall work becomes hassle-free.

Advantages and disadvantages of end-user computing

There are many advantages and disadvantages of end-user computing which normally we recognise in daily life.

•End user by their own self creates, control and implement the systems. They decide what sort of system they need to develop and what kind of information is necessary for the process of system development.

•Another advantage of the end-user computing is that system is made by end user and it fulfil all the requirements because it is development by end-users which meets their needs and requirements.

•Timeliness- this process is so quick and it reduce time and cost both.

•Avoid unnecessary usage of resources- as we discussed the end-user develop the system according to their own requirement rather than IS department involvement and due to this reason the IS department can focus on other development activities.

•Inefficient systems- we know that the end-users are not the programmers and also they are not trained for the system development. At start when they creates their system may work efficient but with the passage of time their system face problems in solving the new requirements. Which cause the inefficiency of their builded system.

•Poor Controlled and documented systems- End-user most of the time they don't have proper control on the system and also have poor documentation of their own system development process.

Managing and controlling EUC is beneficial for an organization. Monitoring makes sure that the objectives are met accordingly. Real life example includes the virtual environment for buying and selling (ebay, amazon, paypal), virtual call centres (VICIdialer, five9 dialer), online technical supports who are managed and controlled by the experts working hard in the background over the scripted answers that are helpful and useful for the customers provided by the end-users. In the first level the end users use the scripted answers to resolve an issue and if they are unable to do so then the second level experts play their part in helping them resolve the issue in a complex situation. Team viewer is another example where end users can control the screens to point out the errors to resolve the issue. 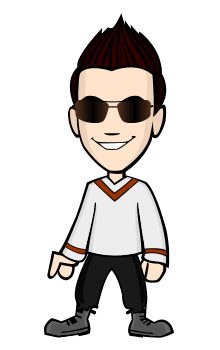