I'm here to talk about my passion of acting. I am an actor here in Montreal, Qc, CAN, and I can tell you how hard it is to find a casting, an agency, and even more complicated to find a role...

My first experience was when I got contacted by an employee from Darwin Casting. He asked me several questions about my physic, my personnality, my language, my everything... In fact He wanted to know if I was a French guy. Why? Because the production wanted real persons who spoke french, good french speaking, so he needed a perfect one. And... I was here, free, and completely disconnected from th reality for about 5 min. Anyway, to be short, he asked me if I was interested for a role in a French movie, but not anyone, one about the first World War. I'm sure, you all know the dates of it, don't you ;) 1914-1918... You are welcome hahahaha.

So, I said of course I'm interested how do I join in? And then he told me that I had to do a casting and everything...  One day, I received an email from, my friend now, the 'Casting director' who sent me everything about the role that I had to play for the big interview. I had to remember the script from the scenario which was shorter than the complete scenario of the movie.  I was in love with the cinema.

HOW ALL WENT IN PLACE?

After I received the mail and remembered everything, I got an appointment to Darwin Casting. I used to wait in a big design room. While waiting. I saw a couple of little kids who where here for a complete different thing. It was funny to see them smiling, laughing and understanding how big the thing they were doing was. Anyway, I was waiting when I heard my name in the closed room not far from the reception desk.

I came inside the room to see that there were 3 persons, the cameraman (in this case a girl), my future friend 'casting director' and finally the realisator. Do you know how you feel when you have to pass an oral in front of class, the emotion and the intensity joined with it? It has a name and it's called STRESS... I was so stressed that I was pretty not capable to talk hahahha. But rapidly, the realisator made me confrotable by asking my name and which sport I was practicing. In my case, I practised Judo (black belt, Canadian level) and he was really surprised because he practiced a similar one which is Wrestling. So, immediatly, we got a connection.

I skiped the part of how was the meeting because the more important is the final of it.  In my case, the realisator was a bit skeptical about my performance. So he asked me if I would be able to play another role. Again, the C-D sent me an email for another script and one more time, the wheel ghoes on, I went in front of them but this time, it was particular. In fact, this new performance was with the first role, main actor of the movie, he used to give me the 'replique' and everything was in front of more persons.

And it is at this moment that the realisator saw my real performance and made it end. Why? Becasue he sked me if I was available for september 16-24 2014 for the movie :)

So I got a second role caracter for the movie La peur from Damien Odoul.

I did it, I was entering into the buisness of the cinema. I was afraid but happy, I was scared but confidant, I was fearfull but courageaous.

It's been more than 3 years now that I played in the movie and I can tell you how fabulous it was. The danger we went through, the difficulty we had to go combat, the stress of each scene made me incredibly more in love with the cinema. In fact, I got some others third role and figuration but I know I will play, one day, with the biggest of the industry.

Remember me as a good talent 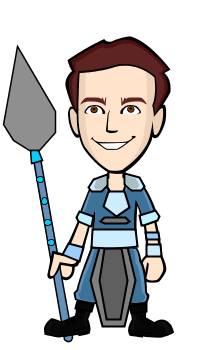