The air (fluid) moving of the top of the wing encounters an plane wing that it must go around and therefore its speed increases and its pressure drops. At the bottom of wing velocity or speed decreases and pressure becomes high. The difference in pressure between the bottom and top of the wing results in more pressure at the bottom, thus pushing the wing upward into the sky. In this way lift is produced in airplanes. 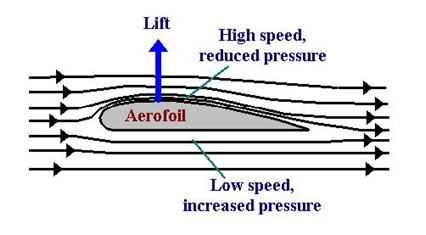 How an Aerodynamics acts on kite? 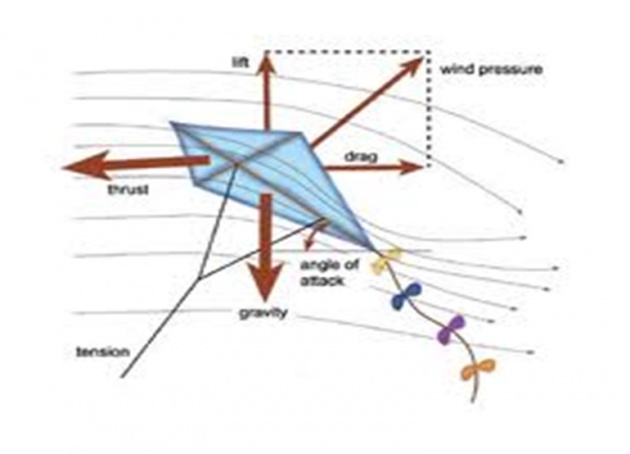 Weight is the downward force generated by the gravitational attraction of the Earth on the kite.  The force of weight pulls the kite toward the center of the Earth.

Thrust is the forward force that propels a kite in the direction of motion. but a kite must rely on tension from the string and moving air created by the wind or the forward motion of the kite flyer to generate thrust.

Drag is the backward force that acts opposite to the direction of motion.  Drag is caused by the difference in air pressure between the front and back of the kite and the friction of the air moving over the surface of the kite.

Image Source: Google Have you ever experienced the thrill of flying huge and little paper airplane i…